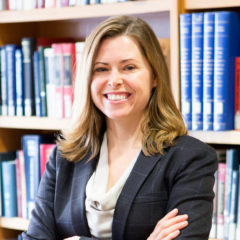 Overall, in America, coronavirus deaths are on the decline, which masks the shifting of hotspots where cases are still increasing. Some public health experts warn of a second, more serious, wave expected in the fall.

The economy has taken a significant hit. The seasonally adjusted jobless rate was at 14.5% in May, as more than 40 million Americans have filed for unemployment in the past ten weeks.[1] With the loss of employment, many people are also becoming uninsured. A pandemic is a risky time to be without coverage. To date, the federal government has not held a special enrollment period for the Affordable Care Act (ACA) Marketplaces, although some Americans may be able to enroll as a qualified life event or if they live in a state that opened enrollment through a state-based exchange. Millions of Americans, even those who keep their jobs, may find their incomes dropping into Medicaid eligibility range.

In states that have not expanded Medicaid, low-income adults could fall into the “coverage gap,” where they make too much money to qualify for Medicaid but not enough to receive federally subsidized coverage in the Marketplace. Seven states where coronavirus infections are currently rising have not adopted Affordable Care Act Medicaid expansions (AL, NC, WI, TX, SC, MS, TN ).[2] The other eight states with rising infection rates (CA, WA, AZ, UT, AR, ID, MT, AK, WV)[2] expanded Medicaid since 2014, with most implementing a traditional expansion and Arkansas expanding low-income coverage through their state-based health insurance Marketplace. In both expansion and non-expansion states, now is the time to center Medicaid policy as a key strategy to address unfolding public health and economic crises.

States that have resisted Medicaid expansion should push forward. A recent poll of adults in non-expansion states found that 66% favored expansion.[3] Medicaid expansion is popular with voters even in conservative states, as shown by the success of voter-initiated ballot initiatives in Idaho, Utah, and Nebraska. Yet popularity isn’t the only reason to move forward with expansion. In the six years since Medicaid expansions began there have been a substantial number of studies assessing its effectiveness.[4] Medicaid expansion increases access to care, provides a source of reimbursement for clinicians providing care, improves health, and reduces mortality.[4] Medicaid also improves self-reported mental health and increases access to substance abuse treatment,[4] needs that are likely to escalate during the pandemic. Medicaid expansion protects family finances, and has been associated with reductions in housing evictions[5] and payday loan borrowing,[6] markers of financial distress.

Providing financial protection is a unique strength of the Medicaid program. Medicaid has little to no patient cost-sharing. Monthly premiums are applied only in limited circumstances and are nominal. Copayments are low and most often applied to prescription drugs and nonemergency use of the emergency department. Medicaid also does not have deductibles. “Surprise” out-of-network billing, common among the privately insured and recently a focus of state and federal legislation, isn’t an issue for Medicaid enrollees.

Medicaid expansion also is a bargain for states. The costs of Medicaid expansion are often conflated with the costs of traditional Medicaid, which rely more on state funding and less on federal funding than ACA Medicaid. The costs of long-term services and supports for the elderly and people with disabilities also make traditional Medicaid expensive, an issue that shouldn’t be applied to ACA Medicaid. Importantly, case studies indicate that Medicaid expansion, 90% funded by the federal government and 10% by states, is relatively budget neutral for states, owing to offsets in other budget categories (such as payments to bolster the health care safety net).[7] Additionally, states that haven’t yet expanded are well-positioned to negotiate for 100% federal funding for the first three years, which would be congruent with states that expanded in 2014.

Section 1115 waivers, which allow states flexibility in modifying their Medicaid programs, have been used to make Medicaid expansion more politically palatable in conservative states. However, in the context of a pandemic, “clean” Medicaid expansion is key to maximizing enrollment and financial security. Efforts to tie eligibility to employment, such as work requirements, make little sense in the context of catastrophic job loss in America and have been consistently overturned by the courts.[8]

Medicaid expansion states can take advantage of federal Medicaid Disaster Relief State Plan Amendments (SPAs) and other waivers (e.g., Sections 1115 or 1332) to advance the reach of the program during the coronavirus crisis.[9] The Centers for Medicare and Medicaid Services (CMS) has approved Disaster-Relief SPAs to address known barriers in Medicaid enrollment, such as allowing individuals to self-attest income and extending the timeframe for verifying immigration status. Several states have used Disaster-Relief SPAs to further streamline the application process, making it less onerous.

While patient cost-sharing in Medicaid is very low compared to private insurance, any out-of-pocket spending on health care could increase financial strain for low-income families during the economic downturn. Several states have used Disaster-Relief SPAs to eliminate premiums and copayments in Medicaid. Copayments for nonemergent visits to emergency departments are particularly problematic right now; even clinicians are having difficulty assessing how sick coronavirus patients are and when more intensive care is warranted. With the US death toll from coronavirus over 100,000 and rising, discouraging low-income enrollees from seeking care in the emergency department could cost lives.

States may also want to revisit “Medicaid buy-in” or public option policy proposals.[10] In 2019, five states had active Medicaid buy-in legislation, while several others had established task forces to examine the issue. Medicaid buy-in programs would allow individuals not currently eligible for Medicaid (such as those above 400% of the federal poverty level who are ineligible for Marketplace subsidies) to enroll. States could offer Medicaid as a qualified health plan on the Marketplace or as an off-Marketplace state-administered program. The ACA Marketplace requires individuals to pay monthly premiums, meet a deductible, and often layers on additional copayments and coinsurance until patients meet an annual out-of-pocket maximum. Newly unemployed individuals may not wish to take on new financial obligations, and Medicaid could be offered as a more affordable alternative. Subsidizing enrollment in Medicaid would likely come at a lower cost than trying to further subsidize Marketplace coverage (which was proposed by Washington state and denied by CMS in a recent Section 1115 waiver decision). There is no likely path forward for Medicaid buy-in programs without federal funding, which will require an approved CMS waiver.  Still, with so much groundwork already in place, Medicaid buy-in could be a key strategy for addressing coverage loss related to rising unemployment.

In conclusion, Medicaid is an efficient vehicle for providing federal relief to states and to low-income families. Increasing access to Medicaid, through ACA Medicaid expansion or CMS waivers, would funnel necessary resources to clinicians and facilities providing coronavirus care, increase access to health care as a whole, and protect besieged Americans from further financial exposure.