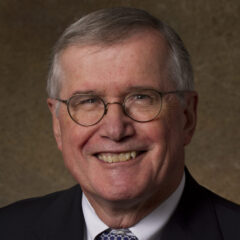 One feature of President Biden’s COVID-19 relief bill is a trial run of his earlier proposals to expand subsidies for people who use Affordable Care Act (ACA) exchanges. Those proposals would remove the limits on incomes eligible for tax credit subsidies for premiums to people with incomes above 400% of the Federal Poverty Level (FPL), and would increase subsidies to those with incomes below the 400% limit but still too high to make them eligible for Medicaid. The problem these changes appear intended to solve is the stubborn and persistent number of Americans under age 65 who, though not poor, have not obtained adequate health insurance coverage, or any coverage at all.

There is no good reason why any citizen who is not extraordinarily wealthy should be without health insurance, given the universality of health risks and the high cost of care that accompanies illness. For people with incomes at or near the poverty level there is consensus that they should have coverage with minimal cost sharing and minimal premiums, if any.

Those with such low-income levels make up a large proportion of the uninsured, especially in states that have not expanded Medicaid to all poor people. However, the changes in subsidies proposed by President Biden will flow largely to people who have higher incomes and who comprise less than half of the uninsured population. Most of them are eligible for subsidies now but do not buy coverage. For them, subsidies would be increased to a larger percentage of their incomes. Some prediction models suggest that the new lower premiums would attract about a quarter of the currently uninsured in that population; the Congressional Budget Office estimates that it would reduce the number of uninsured by one million, or about 5% of the current total.

Much of the Biden proposal would benefit people with incomes between 138% and 400% of the FPL who already had been buying subsidized individual coverage at lower subsidies. It would not help the much larger number in that income group who obtain insurance through their employment. Among those under age 65 with incomes greater than 400% of the FPL who would become newly eligible for subsidies, private coverage is now almost but not quite universal; less than 3% of that population is uninsured. That still amounts to millions of people about whom we should be concerned. However, it means that the great bulk of subsidies to these income groups will go to those who would have already bought individual insurance coverage.

The final distribution of the cost of these additional subsidy payments, estimated by the Congressional Budget Office to be close to $34 billion per year, is unclear; it appears to be generated by a combination of higher taxes on the very wealthy and increasing the federal deficit. Redistribution through general federal budget funds toward a small minority of middle-class consumers is not necessarily objectionable, but it does not seem to score well on any measure of overall equity. However, because the plan would only modestly reduce the number of uninsured individuals, it clearly suffers from poor “target efficiency,” in the sense that the bulk of the new government spending would not target people whose behavior is improved. Rather, the bulk of the spending instead would go to people who would have continued to buy health insurance without the higher subsidies; they just will have more to spend on other items of consumption or to add to their savings.

There is another way to reduce the number of middle-class people who fail to buy insurance like most of those at their same income level do—use a mandate instead of a subsidy. This is the approach used for many other situations in which a small minority of people fail to engage in socially beneficial behavior that most others do voluntarily—whether it is clearing noxious weeds from property or buying automobile insurance: We require the few who would harm others or themselves to avoid doing so, with a fine or a penalty of some sort as the incentive mechanism.

The idea of an insurance mandate fostering responsible behavior when it comes to health insurance was, of course, part of the original Obamacare design. That penalty, however, was too small to change behavior. It was abolished by Congress in large part because it was politically contentious and a nuisance for those subject to it. Those who bought insurance anyway were probably not aware of the cost they were paying for charity care or unpaid medical bills for uninsured people at their income level. Instead, well-meaning Americans correctly perceived that most of the uninsured who needed help were poor—so this small sliver of the moderately advantaged population who captured some of the same subsidy was not easily detected. But this fraction of the uninsured is precisely the set who ought to have their behavior altered.

Beyond these targeting and perception challenges, and the general attractiveness of higher subsidies to any constituency, are there other consequences if the Biden administration chose to pursue a more targeted policy? There are other ways to pick up the few stragglers: they could be required to pay higher income taxes (just a mandate penalty in disguise) or they could face much higher insurance premiums if they had a coverage gap (which would discourage them from returning to the ranks of the insured). A number of states from Rhode Island to California already have individual mandate penalties tied to state income taxes, so a federal mandate would affect only some states. The penalty for violating the mandate needs to be large enough to matter—for example, it might come close to the lowest subsidized premium for minimum qualified coverage at each person’s income level. But a mandate would be a much better and less costly way for the federal government to close the gap in middle class coverage than would a subsidy for everyone whether they need it or not.

The $34 billion could have better uses in improving the design of the ACA. It might be directed to expanding benefits (rather than lowering premiums) for cost-effective types of care that are currently underused; such targeting involves more than across-the-board enhancing of insurance coverage tiers. Alternatively, it might be used to lower premiums for healthy low-risk individuals (young men but also middle-aged women) whose community rated ACA premiums are very overpriced relative to the benefits they would expect to receive; it would be easier to enforce a mandate that does not compel people to take a bad deal. Perhaps, most importantly, it might be used to enhance subsidies to lower-income workers in larger firms who pay for their insurance with lower wages (sometimes forced close to the minimum wage) and receive only small tax benefits.

Mark V. Pauly, PhD, is Bendheim Professor in the Department of Health Care Management, professor of health care management, and business and public policy at The Wharton School and professor of economics in the School of Arts and Sciences at the University of Pennsylvania. A former commissioner on the Physician Payment Review Commission, Pauly has been a consultant to the Congressional Budget Office, the Office of the Secretary of the US Department of Health and Human Services, and served on the Medicare Technical Advisory Panel. He is coeditor-in-chief of the International Journal of Health Care Finance and Economics and coeditor of the recently published Handbook of Health Economics, Volume 2. Pauly has been elected president of the American Society of Health Economists this year. He is the 2012 winner of the William B. Graham Prize for Health Services Research and the 2012 recipient of the University of Pennsylvania Provost’s Award for Distinguished PhD Teaching and Mentoring.