On Planning for an Unimaginable Future 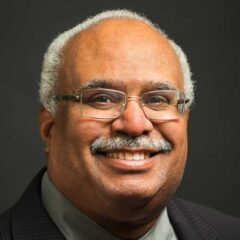 “Another influenza epidemic like that of 1918 is only one of a number of unforeseeable events which might profoundly affect public health.”

Sixty years ago, Thomas McKeown wrote that “all prophecy is hazardous” and that warning seems especially relevant coming off a year like 2020 with the COVID-19 pandemic.1

The public health community has long warned about the inevitability of another devastating pandemic and the disruptive impact it could have on the entire world. Disruptive health events can change the direction of history. Whether they be the Black Plague, the discovery of penicillin, or the 1918 Influenza pandemic, major “once in a lifetime” health events can change the trajectory of public health and alter the predictions of the future. The entrance of SARS-CoV-2 that caused the COVID-19 pandemic was one such event. Its explosion in our world in December of 2019 has resulted in the most significant disruptive health event in more than 100 years. The United States, despite its wealth, political power, and well-resourced health care system has been devastated by this global pandemic. And its public health system also has failed to contain the disease in any meaningful way.

Thomas McKeown’s article on “The Next Forty Years in Public Health,” published in 1961 in this journal, points out that there are many factors we can’t predict and prepare for because we can’t imagine them and yet they could have profound health effects. But even when we do our best planning, we can never conceive of all the factors that can result in a far-reaching societal impact. In the United States, pandemic planning never provided for the possibility of national leadership that would openly disparage science, muzzle public health officials, and use the megaphone of social media to proliferate misinformation. It wasn’t the only reason for America’s dismal COVID-19 record and grim death toll, but it most certainly undercut any chance for a coordinated, robust, and evidence-based national response to a dangerous and complex biological threat. The kind of response that front-line public health workers had always assumed they could count on in their own pandemic-planning efforts. The sorry state of the nation’s public health infrastructure, which had been neglected and underfunded for years, also played a significant role.

The Next Forty Years in Public Health

The power and influence of social media in the hands of bad actors is one of the most obvious and recent examples of conditions that few, if anyone, could have fully pictured back in the early and mid-2000s when the United States started serious investment in improving the nation’s readiness2 for an influenza pandemic.

McKeown, a British physician and epidemiologist who died in 1988, acknowledged similar challenges in his 1961 article, assuming that the “changes of the next years will be even more rapid and complex than those of the past hundred.” However, he also wrote that anticipating future public health trends was “somewhat less hazardous” at the time of his article for three reasons: (1) decades of health statistics and data were available; (2) we had a better understanding of disease processes; and (3) the “long-standing argument about public and private finance of medical services has been settled and attention can be focused on the form of the service.” (Obviously, McKeown’s article focused on the United Kingdom, not the United States, which unfortunately is still far from settling that argument.)

His 1961 assessment zeroed in on a number of topics, including future mortality and morbidity, which seemed most relevant and revealing when considering today’s public health priorities and evolving practice. On mortality, he hypothesized the “virtual disappearance of deaths” between birth and the end of a person’s reproductive life—a status he noted is “more or less the present position.” On death in the prenatal period, McKeown described the problem as being “largely environmental in character,” hypothesizing that “our success in preventing pre-natal mortality will turn both upon ability to discover the nature of pre-natal environmental influences, and upon whether they prove amenable to control.”

McKeown wasn’t wrong about improving death rates, and his focus on environmental factors—as opposed to medical advances—as key to improving prenatal outcomes is particularly relevant in the United States, where the decades of medical and technological advances that followed his article still produced glaring racial disparities in infant and maternal health outcomes and one of the worst infant mortality rates3 among rich nations. In general, McKeown was known4 for his early thesis that many of the human health gains achieved in the centuries before his time were more due to changes in economic and social conditions rather than to medical breakthroughs or public health initiatives; though, certainly not everyone in the field agrees, especially on the impact of public health interventions. Still, the thesis may have been an especially perceptive one, considering that the most recent era of public health practice—sometimes referred to as Public Health 3.05—strongly emphasizes and prioritizes cross-sector collaborations and systemic actions that directly affect the social determinants of health.

McKeown was less confident in his predictions on future morbidity, according to the 1961 Milbank article. He wrote that it is “not unduly optimistic” to predict substantial reductions in morbidity due to declines in causes such as motor vehicles crashes, work- and home-related injuries, and cigarette smoking. If those predictions came true, he projected, then the “predominant problem of morbidity which will confront us is mental disease.”

Again, McKeown’s predictions were somewhat on the mark, especially here in the United States, where, for example, the addiction and overdose crisis hit tragic new highs6 last year and where drug overdoses remain a leading cause7 of injury-related death. It’s also another example of being able to predict future trends but understandably unable to fully imagine their future cause or context—in this case, a health crisis driven by prescription painkillers backed by powerful pharmaceutical companies—which ends up leaving us underprepared and, oftentimes, outmaneuvered.

Throughout McKeown’s decades-old article, the question one keeps coming back to is how public health can plan for a future in which we can reasonably predict health trends and threats when the conditions and events that shape their severity or complexity are outside our current realm of imagination. The answer, like McKeown has alluded to, is to focus laser-like on the social determinants of health, which often determine who is—and is not—more resilient to whole a range of health threats, including a once-in-a-century pandemic coupled with an unexpectedly disastrous government response. Imagine, for instance, how much better protected many Americans would have been in the last year if more people had had access to paid family leave, affordable housing, and living wages.

Public health is already on this path, having adopted an increasingly strategic focus on improving health through the lenses of social determinants and equity, while more collaboratively targeting the root causes of poor health and premature death, such as income, poverty, education, racism, housing, and access to affordable health care. We know those factors are foundational, and their systemic nature—both in terms of their societal reach and their ripple effects on a person’s health and well-being throughout the lifespan—may be the highest-yielding prevention and protection strategies we have no matter what the future brings us and how wrong our expectations turn out to be.

The past year will keep offering us tragic lessons about getting ready for future threats, and one of them is that the future is more wildly uncertain than we can often imagine, which is why building a solid and equitable foundation will help everyone better weather events we wouldn’t believe possible. Computer scientist Alan Kay once famously said: “The best way to predict the future is to invent it.” McKeown’s 1961 article reminded me that the best way to predict—and protect—the future is to make sure everyone has a hand in inventing it.

Georges C. Benjamin, MD, MACP, FACEP (E), FNAPA, is the executive director of the American Public Health Association. He is a former secretary of health for the state of Maryland and former acting commissioner of health for the District of Columbia. Benjamin is a graduate of the Illinois Institute of Technology and the University of Illinois College of Medicine. He is also a member of the National Academy of Medicine.