What Are the Health Consequences of Systemic Racism? 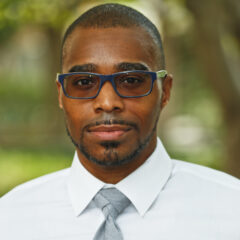 May 25, 2021, marks the first year following the murder of George Floyd by convicted former police officer Derek Chauvin.  Videos of police killings and a global pandemic have exposed the insidious ways that systemic racism matters in the United States. But, the health consequences of systemic racism extend well beyond COVID-19 and police killings. These deleterious outcomes are just the tip of the iceberg for how racial inequality manifests in our daily lives. Consequently, systemic racism exacerbates morbidity and mortality, particularly for Black Americans.

Degrees and professional jobs do little to combat the penetrating ways that systemic racism gets beneath the skin. Research documents that social class is not simply what you look like on a resume or CV, but also how a person garners economic, social, and cultural capital, and experiences social life. Higher levels of socioeconomic status often afford a person greater deference and respect in social interactions. Systemic racism, however, mutes this dynamic.

Trickle down policing, like racial profiling and use of force, is also detrimental to one’s health. Similar to a major report on New York City policing a decade ago, a recent report on policing in Washington, DC showed that Black people were much more likely to be stopped by police when force was used, but a citation was not given. It speaks to a pattern about the relationship between policing and crime that is out of whack. There is basically no relationship between the police killing rate and the violent crime rate in cities. But, there is a pattern for the race of the victim of police use of force.

Overpolicing and criminalization also influences Black people’s engagement in physical activity. Middle class Black men who live in predominantly white neighborhoods report significantly less physical activity. In these neighborhoods, their physical bodies are weaponized and perceived as threats even when going for a casual jog, like Ahmaud Arbery. Research also shows that people who live in overpoliced neighborhoods experience worse health outcomes. Men’s mental health suffers, and they experience a higher likelihood of depression and anxiety. Correspondingly, women’s physical health suffers in that they experience a higher likelihood of developing diabetes, high blood pressure, and obesity.

The illness spillovers of police violence also played out in the lives of the Garners. Eric Garner was choked to death by police for selling loose cigarettes in 2014. Erica Garner-Snipes, his daughter, died three years later of a heart attack after fighting for justice in response to his killing. Following the birth of her son, who is named after her father, doctors discovered that she had an enlarged heart. She died four months later after suffering a second heart attack. She was 27 years old.

Erica’s problems during childbirth do not stop with her. Black women are three times more likely than white women to die during childbirth. As mentioned earlier, social class does little to protect the ways in which racism matters during medical encounters. Dr. Laveil Allen, who is the first Black Chief of Emergency Radiology at Vanderbilt University, had to push to have his wife’s care upgraded after he noticed changes in her vital signs that were not recognized by the obstetrician and gynecologist. If he had not pushed to upgrade her care, she would have died. Beyoncé and Serena Williams, two of the fittest people to ever walk the planet, have described their harrowing birthing experiences. Unfortunately, what should be the best day of women’s lives is too often their last, especially if they are Black, even if they are wealthy.

We mentioned earlier the experiences of Black people living in predominantly white neighborhoods. Predominantly Black neighborhoods, and cities like Flint and Baltimore, are also exemplars of how systemic racism operates. Many of these neighborhoods, of course, were and are shaped by systemic racism processes—Jim Crow segregation, redlining, white flight, and gentrification. These neighborhoods have fewer resources such as grocery stores, parks, and medical services. They are also more likely to be closer to toxic waste sites that expose children and families to pollutants.

Collectively, the outcomes noted here make the racial disparities during a pandemic understandable and unfortunately predictable. While all populations were and continue to be exposed to COVID-19, it disproportionately impacted Black, Latinx, and American Indian communities. At the beginning of the pandemic, Black people were six times more likely than whites to be turned away from COVID-19 testing and treatment. A Brookings Institution report took a deep dive into how COVID-19 affected Detroit, a predominantly Black city. Not only were Blacks more likely to contract and die from COVID-19, but the COVID-19 spillovers further exposed structurally embedded racial inequities. In addition to Blacks being more likely to work frontline “essential” jobs, live in densely populated neighborhoods, and have underlying health conditions, they reported issues with aspects of life beyond health. Blacks, compared to whites, were 17 times more likely to report needing rent assistance and 40% more likely to run out of money. Additionally, small businesses in Detroit were much less likely to receive funding from the Small Business Administration’s Payment Protection Program, and to receive less money even when they did receive funding.

Long before Black people get “sick,” they are often ill with the remnants of systemic racism that expose them to stress and toxins that impact their ability to live safely and freely. An equal opportunity virus like SARS-CoV-2 became an unequal spreading pandemic due to racial and class inequities in our health care system and society. It is time for racial health equity to be front and center of every health decision from legislative chambers to boardrooms in corporations and to bedsides in hospitals. If not, Black people and other racial/ethnic groups will continue to live out a chronic pandemic of systemic racism regardless of whether they are unemployed or the chief of radiology.

Rashawn Ray, a David M. Rubenstein Fellow in Governance Studies at The Brookings Institution, is professor of sociology and executive director of the Lab for Applied Social Science Research (LASSR) at the University of Maryland, College Park. He is also one of the coeditors of Contexts Magazine: Sociology for the Public. Formerly, Ray was a Robert Wood Johnson Foundation Health Policy Research Scholar at the University of California, Berkeley. He is on Twitter @SociologistRay.