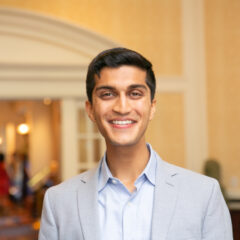 Medicare enrollment will exceed 76 million by 2030—a 19% increase from today. Amid this aging population, Medicare spending is expected to grow nearly 40% faster than spending in other insurance programs.1 To slow spending, policymakers have experimented with more than 50 alternative payment and delivery models through the Affordable Care Act (ACA).

Most models have aimed to slow spending and improve quality—thus increasing the value of care—but they have encountered common challenges. First, paying for process quality measures has been expensive, often offsetting savings and leading to additional spending without clear health improvements. Second, most value-based models have been evaluated based on an implied notion of “clinical non-inferiority”: whether reducing utilization can lower spending without producing worse outcomes. While this approach is aligned with lawmakers’ explicit  focus on controlling spending, it may not have always aligned with patients’ definition of success, which is actual improvements in health.

This disconnect begs the question: Should Medicare consider payment models successful if savings are generated without observable improvements in beneficiary health? Conversely, if beneficiaries’ health outcomes improve under a model that was “financially non-inferior” (cost neutral) or even incurred excess spending for Medicare, should the additional cost of better health imperil the model’s broader adoption?

Policymakers’ focus on payment reform is understandably driven by the need to slow spending, with the Medicare trust fund due to be depleted by 2028. But as important as fiscal sustainability is, the focus on spending may distract—or detract—from the goal of improving health. We propose an alternative framework for payment reform: one that begins by considering effects on health first, and implications for spending second, with the baseline of “success” defined as improved health with “financial non-inferiority” as opposed to the current standard of financial savings with ”clinical non-inferiority.” This framework is also relevant for commercial insurers, who, by 2023, will cover the majority of Medicare beneficiaries under Medicare Advantage. To this end, we reconsider evidence from Medicare’s population-based payment models and discuss challenges and opportunities for future models that prioritize prevention and health promotion.

Paying for Better Health in Medicare

Most Medicare beneficiaries have two or more chronic conditions, with disease burden and aging growing in tandem. While overshadowed by the focus on financial incentives and downside risk, Medicare has achieved some successes with interventions aimed at improving health.

The Medicare Lifestyle Modification Program Demonstration enrolled 589 beneficiaries with coronary artery disease between 1999 and 2007 in outpatient lifestyle modification programs. A case-control analysis found the program was associated with improved cardiac function and reduced mortality without a statistically significant change in spending.2 While not necessarily causal, this evidence led Medicare to expand coverage of lifestyle modification programs for beneficiaries eligible for cardiac rehabilitation.

Likewise, the Senior Risk Reduction Demonstration enrolled 40,000 beneficiaries between 2009 and 2012 in a randomized controlled trial to evaluate health risk assessments. Medicare then incorporated these assessments into requirements for Annual Wellness Visits before the end of the demonstration, which was ultimately associated with reductions in health risk behaviors (e.g., physical inactivity, poor nutrition) and improvements in self-reported health, with no statistically significant differences in spending.3

Among the 50+ ACA-era Medicare demonstrations, two models were implemented with an explicit focus on disease prevention and health promotion. First, the Medicare Diabetes Prevention Program enrolled 3,319 beneficiaries between 2013 and 2015 and was certified for permanent expansion after evaluations demonstrated savings and improvements in weight loss.4 Second, the Million Hearts Cardiovascular Risk Reduction Model (“Million Hearts”) enrolled 392,512 beneficiaries in a randomized controlled trial of new risk stratification methods for cardiovascular disease before ending in December 2021. While its final evaluation is pending, interim analyses reported improvements in therapy initiation and modest reductions in predicted cardiovascular risk and overall mortality without increasing spending.5 Taken together, such evidence motivates the possibility of Medicare population-based interventions—potentially translatable to other payers—to improve health with non-inferiority in spending.

Despite evidence of health benefits, implementation of Medicare population-based models centered on prevention remains limited for several reasons. First, the time required to realize returns on investments in prevention likely exceeds that of traditional, health care utilization-focused demonstration models. For example, many payment reforms are bound to the length of a clinical episode, and consequently have shorter windows of accountability for affecting spending or outcomes (e.g., 90 to 180 days). In contrast, a prevention-based model like Million Hearts will likely take years to accrue the number of cardiovascular events needed to significantly affect clinical (e.g., incidence of stroke) and utilization (e.g., cardiac-specific admissions) endpoints.

Second, savings—the ACA’s primary criterion for model expansion—can be a shortsighted metric for judging demonstrations focused on population health. Instead of using the implied notion of “clinical non-inferiority,” prevention-based demonstrations should be evaluated based on “financial non-inferiority,” This approach would empower policymakers to assess whether providing certain additional services—from clinical services to those addressing social determinants of health—can improve health outcomes without increasing spending. Incentivizing future population health demonstrations may therefore require amending the statutory requirements for model certification.

Medicare faces an enduring imperative to control spending. However, as the Centers for Medicare & Medicaid Services (CMS) implements a strategic refresh of its value-based portfolio, the agency should consider pairing cost containment efforts with those that place population health first.

CMS could launch new prevention-based demonstrations in Medicare. While previous models have appropriately focused on cardiovascular disease—Medicare beneficiaries’ leading cause of death—new demonstrations could tackle other indications. For example, the prevalence of chronic kidney disease among Medicare beneficiaries increased from 13% to 24% between 2008 and 2018. Medicare could pair its ongoing model for end-stage renal disease with a prevention-focused demonstration trialing new risk calculators for screening, lifestyle modifications for risk reduction, or early intervention with medication. Other opportunities include disease management strategies for arthritis or lifestyle interventions for obesity—all indications affecting an increasing number of beneficiaries and accounting for a growing portion of Medicare spending.

Moreover, lawmakers should amend the criteria for demonstration model certification to enable the expansion of models that are clinically superior but cost-neutral. Progress on population health is not mutually exclusive from achieving savings, but rather, requires a different definition for success.

Payment reform is not a goal unto itself, but rather a means to move the delivery system toward higher value. By reorienting the design and interpretation of payment models toward health over savings, policymakers can reaffirm what is arguably the true bottom line: population health.

Kushal T. Kadakia reports previous employment at Cleveland Clinic London, Google (via Adecco), Blue Cross Blue Shield of North Carolina, and the U.S. Food and Drug Administration, and has received consulting fees from the National Academy of Medicine, all unrelated to this article.