When All That Glitters Is Gold: Dominated Plan Choice on Covered California for the 2018 Plan Year 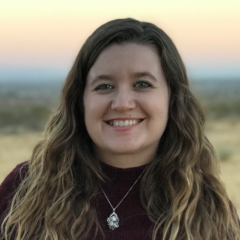 Context: The Affordable Care Act (ACA) individual health insurance marketplaces rely on purchasers to make informed choices to impose price and quality discipline on a complex array of insurance products. A sudden and minimally expected policy shock in the fall of 2017—the termination of direct federal payment for cost-sharing reduction (CSR) subsidies—led to a substantial change in the relative prices of silver and gold plans on the Covered California insurance marketplace. From 2014 to 2017, all gold plans in California were more expensive than comparable silver plans that were offered by the same insurer using the same network in the same county. For the 2018 plan year, however, some gold plans that had lower cost sharing also had lower premiums than did comparable silver plans, resulting in silver “dominated” plans being sold through Covered California.

Methods: We used the Covered California enrollment and product files from 2014 to 2018 in a retrospective data analysis of plan choice. We examined individuals earning above 200% of the federal poverty level who purchased plans from insurers who sold dominated silver plans in 2018.