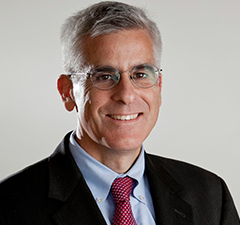 As with long-term care and other health care issues, Washington State is out in front with its plan to test a public option (of sorts) in the state-regulated individual insurance market.1 Earlier this year, the state legislature passed, and Governor Jay Inslee signed, a law calling for the development of a state-directed insurance offering, with implementation starting in 2021.

Washington’s reform is being watched closely because the public option is moving toward center stage in the national political debate. Former vice president, and current candidate for president, Joe Biden is championing the idea as part of his campaign,2 as are several of his competitors, including Senator Michael Bennet. Bennet is the lead sponsor of a prominent public option bill in Congress—the so-called Medicare X plan.3

The public option is sometimes described as the relatively benign, and thus easier to enact, alternative to a full single payer plan. It would not displace the entire private health insurance industry with a state-run plan. Instead, it would allow consumers (and, perhaps, eventually employers) to voluntarily enroll in a publicly sponsored plan. Because consumers are not forced into the plan, advocates believe the public option will engender less opposition than single payer, and thus facilitate a gradual increase in public control of the insurance market without triggering a backlash.

They may be overly optimistic. While single payer is certainly more controversial, Washington State’s experience shows that the public option also must clear high political and practical hurdles. Opposition from physicians, hospitals, and private insurers forced such far-reaching changes to Washington’s plan that its viability and impact on the market are now uncertain.

The law passed by the Washington legislature is focused strictly on the individual insurance market, as regulated by the Affordable Care Act (ACA), and has the following key provisions:

Although Washington’s plan is called a version of the public option, it would be more accurate to call it a privately-administered plan with publicly influenced payment rates. State officials chose to contract with private insurers because direct administration of the plan by state employees involved too much expense and controversy. Hence, the state’s public option is, ironically, a new choice for private insurers to consider, somewhat in the same way that private insurers are free to offer Medicare Advantage plans within the Medicare program.

Washington officials also found it difficult to deliver fully on a key potential benefit of a public option plan: low payment rates for a broad network of participating providers. A public option that ties payments for services to the regulated rates of Medicare or Medicaid can charge premiums that are below those charged by commercial plans. A recent study5 estimated that employer-sponsored plans pay, on average, 240% of what Medicare pays for inpatient care. If low payments are coupled with compulsory participation by providers, then a public option can claim to offer both low premiums and ready access to the doctors patients want to see.

That is the thinking behind Medicare X. Its key provision would require providers who participate in Medicare to participate also in Medicare X (Biden’s plan does not specify whether participation by physicians would be compulsory). Because Medicare is such a large source of revenue for most hospitals and physicians, most medical professionals and facilities would have no choice but to participate in both programs (at least in the short run).

A public option with voluntary participation by providers has less pricing leverage. Physicians can decide whether or not participating in the plan is advantageous to them, based largely on how much they would be paid for their services.

Washington’s new law allows physicians and hospitals to opt out of the state-procured plans. The state’s legislators also were forced to increase the basis for calculating the aggregate spending cap from 100% to 160% of Medicare rates. Consequently, the state-procured plans may not enjoy a substantial premium advantage over other offerings, and may have a limited, and thus less attractive, network of participating providers. Insurers may hesitate to become state-procured plans if they believe enrollment will be anemic.

Price regulation can reduce costs if existing networks of hospitals and physicians can be forced to accept lower fees for their services. But there are costs to price setting. In a voluntary market, physicians can opt out of providing services to public option enrollees, which leaves the patients with fewer options. If participation by providers is compulsory, then physicians have less flexibility in the short run. Over the long run, however, they can curtail their practices or perhaps retire early (which is equivalent to opting out). Unavoidable price cuts that impose permanent operating losses on facilities, though, will likely lead to closures.

Speculating on the fallout from a compulsory public option presumes that such a plan could pass in the first place. Washington State’s experience demonstrates that it is not a sure thing, in large part because physicians and hospitals know what is at stake.

James C. Capretta is a resident fellow and holds the Milton Friedman Chair at the American Enterprise Institute (AEI), where he studies health care, entitlements, and US budget policy, as well as global trends in aging, health, and retirement programs. Concurrently, he serves as a senior adviser to the Bipartisan Policy Center and, since 2011, as a member of the Advisory Board of the National Institute for Health Care Management Foundation. Prior to joining AEI, Capretta was an associate director at the White House’s Office of Management and Budget from 2001 to 2004, where he was responsible for all health care, Social Security, welfare, and labor and education issues. Earlier, he served as a senior health policy analyst at the US Senate Budget Committee and at the US House Committee on Ways and Means. From 2006 to 2016, Capretta was a fellow, and later a senior fellow, at the Ethics & Public Policy Center.