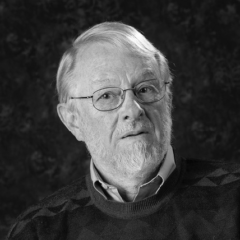 High rates of infant mortality are well documented in the United States, compared with those of peer nations. Shocking and unacceptable rates of infant mortality among African Americans and Native Americans compared with whites have yet to generate investments that reflect the severity of these inequities. It is possible that these inequities persist, in part, because of public perception and media coverage1 that efforts to reduce these high rates are of less importance among people and places that identify as white. Policymakers in such places, and the people who elect them, may be less supportive of public health and medical care measures to prevent infant mortality, since they may not think them to be relevant. It is important, though, to also examine the not commonly reported absolute numbers of infant deaths along with the more commonly reported rates,2 and to ask how might all mothers join forces to save these babies?

Using linked birth and deaths certificates from the Wisconsin Interactive Statistics on Health (WISH) data portal as a case study, I looked at infant deaths by the mother’s race/ethnicity, level of education, and geographic region, and explored three racial/ethnic groups: non‐Hispanic white, non‐Hispanic black, and Hispanic; hereinafter referred to as white, black, and Hispanic. Insufficient data for Native Americans prevented regional analysis of outcomes for this group. Level of education was dichotomized into “high school graduate or less” and “some college or more,” yielding similarly sized subpopulations. WISH provides data by five geographic regions: Southern, Southeastern, Western, Northern, and Northeastern. The cities of Milwaukee, Racine, and Kenosha were removed from the Southeastern region to create a sixth geographic region called MRK. Owing to small numbers of deaths for infants in the various subgroups, a 5‐year average (ie, 2012‐2016) of data was used. Those with missing data for race/ethnicity or education were retained in the state and regional total number of deaths and infant mortality rates.

About 30% of total infant deaths, or 598 deaths, were in the three cities of Milwaukee, Racine, and Kenosha, with infant deaths among white mothers and black mothers in that region accounting for 109 (18%) and 351 (59%) of those deaths, respectively. The remaining 1,380 (70%) of total infant deaths were spread across the other smaller urban and rural regions of the state. On average, 76% of these remaining deaths were to white mothers, 6.1% to black mothers, and 6.4% to Hispanic mothers. Regional rates were similar (4.4 to 5.5), except for the three urban areas with rates about twice as high (9.3) as the other regions. Data tables and a map are available at https://uwphi.pophealth.wisc.edu/WI-IM-Tables. While this analysis is limited to a single state, the general pattern holds for the whole country; in 2014, the Centers for Disease Control and Prevention (CDC) reported 23,215 total infant deaths with 14,883 (4.93 rate) to white mothers and 7,076 (11.05 rate) to black mothers.

Most reporting and analysis of infant mortality is done using relative rates (number of deaths per 1,000 live births). The disproportionately high rates experienced by African Americans and other population groups are unacceptable and demand our deepest attention and remedy. But the absolute number of deaths, including infant deaths among white mothers, demand our attention as well. Without diminishing the focus on infant mortality in the African American community, the 1,042 infant deaths among white mothers that live outside of the greater Milwaukee area should be a wake‐up call to policymakers in rural parts of the state who might think that infant mortality policy and funding do not affect their constituents.

In reporting absolute numbers of infant deaths, I am not suggesting that such data be the primary driver of policy decisions or investment priorities in infant mortality. The high mortality rates in the urban African American community will certainly require higher per mother investment and continued highly targeted study of the root causes of infant mortality rate disparities in this country, perhaps in the spirit of targeted universalism.3 While I do not examine causes of infant death in this study, we know that some stem from unsafe sleep and birth defects, but many are the result of complications of prematurity.4 Some of this prematurity can be attributed to chronic stress and weathering, which can be understood in the context of urban poverty and racism, but rural poverty and class prejudice are also likely contributors. It is possible that universal policy and resource remedies might apply to all race‐education and regional subgroups, though further research is needed to see how much subgroup or region‐specific resource targeting to geographic and cultural differences may be required.

Both the infant mortality rate and absolute numbers of deaths are relevant in considering policy remedies and resource allocation—the pain of losing a baby knows no statistical boundary. How do we build statewide collaboration that recognizes and remedies common structural drivers of poor health outcomes while, at the same time, addressing drivers unique to the rural and urban context? Can the advocates for the lost African American babies and the advocates for the urban, suburban, and rural white mothers who have lost an infant join cause, with the understanding that what they have in common is much greater than any geographic or racial differences? How can conditions of power be shifted to assure that all of our babies survive?5 Strong historical and cultural forces have created division, but can we now find the capacity to build common ground?6

Acknowledgments: I appreciate the analytic support of Keith Gennuso and the thoughtful comments of Harry Peterson, Tim Size, Geoffery Swain, Jeffery Grossman, Margi Kindig, Bridget Catlin, and colleagues at the University of Wisconsin Population Health Institute. Hypotheses and interpretations are solely my own.