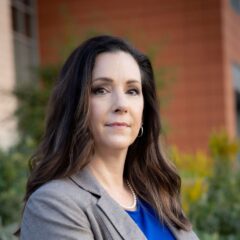 Context: Life expectancy in the United States has increased little in previous decades, declined in recent years, and become more unequal across US states. Those trends were accompanied by substantial changes in the US policy environment, particularly at the state level. State policies affect nearly every aspect of people’s lives, including economic well-being, social relationships, education, housing, lifestyles, and access to medical care. This study examines the extent to which the state policy environment may have contributed to the troubling trends in US life expectancy.

Findings: Results show that changes in life expectancy during 1970-2014 were associated with changes in state policies on a conservative-liberal continuum, where more liberal policies expand economic regulations and protect marginalized groups. States that implemented more conservative policies were more likely to experience a reduction in life expectancy. We estimated that the shallow upward trend in US life expectancy from 2010 to 2014 would have been 25% steeper for women and 13% steeper for men had state policies not changed as they did. We also estimated that US life expectancy would be 2.8 years longer among women and 2.1 years longer among men if all states enjoyed the health advantages of states with more liberal policies.

Conclusions: Understanding and reversing the troubling trends and growing inequalities in US life expectancy requires attention to US state policy contexts, their dynamic changes in recent decades, and the forces behind those changes. Changes in US political and policy contexts since the 1970s may undergird the deterioration of Americans’ health and longevity.