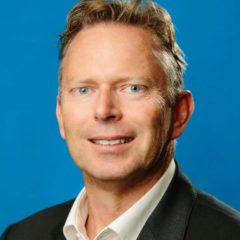 Even before it was delivered, New Zealand’s Wellbeing Budget was being heralded as a major policy innovation. The New York Times proclaimed it “the next big move by a New Zealand government seen by progressives around the world as a beacon in increasingly populist times.”2

The Wellbeing Budget is founded on the idea that financial prosperity alone is not a sufficient measure of the quality of a nation’s life. Echoing a comment by Robert Kennedy in the 1960s, Finance Minister Robertson emphasized the importance of looking beyond gross domestic product (GDP) as a measure of wellbeing. In his budget speech, Robertson said we must seek “to value and to measure all that makes life worthwhile in New Zealand.”

First, the government chose to focus on just five priority areas for all new funding. The intention was to be explicit about the outcomes the government wants to achieve and to pursue them in a goal-oriented fashion. In 2019, those priorities are:

This focus on five priorities forced ministers to collaborate with colleagues and to fit spending proposals with the new criteria. This first time around, core spending on things like schools, hospitals, and roads was allocated in the usual way, though that might change in future budgets. Setting a few government priorities is a departure from the common budgeting practice of making annual incremental funding adjustments to all areas of government activity. At the same time, the approach builds on the previous government’s embryonic practice of specifying desired outcomes on which policy is focused.

The second noteworthy aspect of New Zealand’s Wellbeing Budget is how it advances the practice of treating public policies as investments.3 The budget allocates spending in ways intended ultimately to generate positive returns for society as a whole and to reduce the government’s future fiscal liabilities. This investment approach embeds a practice previously championed in New Zealand by Bill English, former prime minister and minister of finance, who had a distinguished career in the more conservative National Party, which governed from 2008 to 2017.4

A small country located in the South Pacific, New Zealand’s economic prosperity is based primarily on agricultural production. Its population of approximately 5 million is comprised predominantly of people of European descent. However, it has a diverse ethnic mix, with 15% of the population being indigenous Māori, 12% Asian, and 7% of Pacific Island heritage.

While this population diversity greatly enhances New Zealand’s cultural richness, it has created long-standing public policy challenges. For example, life expectancy rates are approximately 10% lower for Māori than for non-Māori, the unemployment rate among Māori is twice that of non-Māori, and Māori make up 50% of the nation’s prison population. This is despite the country being founded on the Treaty of Waitangi, a legacy of enlightened colonialism. The agreement between the British settlers and Māori tribal leadership, signed in 1840, strongly informs all aspects of New Zealand’s contemporary public policy development. Indeed, its significance to policy development has increased dramatically in the past few decades, with various efforts being made to redress past injustices. In part, that is due to a change in the national electoral system in 1996, which introduced proportional representation resulting in more Māori members in Parliament and, as a consequence, more Māori in the Cabinet.

Consistent with meeting the needs of a wider set of stakeholders, the 2019 Wellbeing Budget references more than 60 indicators highlighted in the New Zealand Treasury’s Living Standards Framework. No previous New Zealand government has used that level of evidence and statistical analysis as the foundation for a budget. Indeed, while the Organisation for Economic Cooperation and Development long advocated such an approach, New Zealand is the first country in the world to explicitly adopt a wellbeing budget.

First, past budgets in New Zealand funded mental health and addiction services only for those with the highest needs. People with emerging issues or with mild-to-moderate mental health or addiction needs were largely left to their own resources or faced lengthy waits before receiving help. Yet, the economic cost to New Zealand of serious mental illness is estimated at approximately 5% of GDP each year. There is no easy way to measure the human misery suffered by victims and their caregivers. The Wellbeing Budget makes a significant investment to create new frontline services for mental health, so that trained mental health workers are immediately available when people reach out for help. This is a classic example of primary preventive health care that we so rarely see.

Second, to address the overrepresentation of Māori in New Zealand’s criminal justice system, the Wellbeing Budget allocates funds to a new culturally sensitive, codesigned initiative, in which policy designers and system administrators will collaborate with community and tribal representatives to ensure that people experience a Māori and family centered approach throughout their time in the system. Significantly, this new approach to criminal justice will be informed by successes with another program introduced in 2002, Whānau Ora, the title of which translates into “family wellbeing” and was established to encourage Māori families to use government benefits in ways that would develop greater community empowerment and autonomy. Its use as a model for change in the criminal justice system supports the claim that Whānau Ora has been a highly successful policy intervention.5

Promoting early intervention to address mental health issues and promoting culturally sensitive criminal justice are two examples of treating public policies as investments. Spending on these new approaches is anticipated to improve the quality of people’s lives. In the long run, such spending promises to save large sums of public funds. People who prosper and live on the right side of the law also pay taxes and depend less on government support.

On behalf of the Labour-led coalition government, Grant Robertson was careful to state, “This Budget is just one step in a longer process of reforms.” He added, “We do not claim perfection on this first attempt. But we do believe that this Budget represents a significant step forward.” For scholars and practitioners with interests in population health and health policy, this policy innovation in New Zealand deserves close scrutiny. If the reforms deliver better outcomes for those in greatest need, other jurisdictions may wish to emulate New Zealand’s budgetary change.

What Does a Wellbeing Budget Mean for Health and Health Care?
By Ashley Bloomfield

Putting Health at the Heart of National Policymaking: Learning from New Zealand
By Sandro Galea and Salma M. Abdulla