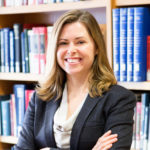 Medicaid, America’s Health Insurance for the poor, has been under intense scrutiny for decades and even more so since the Patient Protection and Affordable Care Act (ACA) was passed in 2010. In 2014, the ACA would have eliminated categorical eligibility requirements and standardized means testing across all state Medicaid programs. However, in 2012, the Supreme Court ruled that ACA Medicaid expansions were to be at the discretion of each state. This decision initiated fierce policy debates around the country on the worthiness of the program. As of now, 36 states and the District of Columbia have implemented the expansion and 14 states have not.

Supporters of Medicaid expansion point to very strong evidence that Medicaid enrollment increases access to health care, improves adherence to recommended preventive services, and meaningfully improves the finances of low-income families.1,2 Additionally, Medicaid has improved many, but not all, measures of health, including several mental health outcomes,1,3 and has been associated with reductions in early mortality.4

Medicaid skeptics rely on many of the same studies, but focus only on null outcomes, which often pertain to clinical measures of health. Medicaid has not significantly improved blood pressure, blood sugar control among diabetics, or rates of obesity or smoking.1 Medicaid also seems to be associated with an increase in emergency department use rather than a decrease.5 Policymakers who oppose Medicaid expansion argue that the evidence demonstrates that Medicaid is ineffective and not a good use of public resources.

If health insurance fails to improve important aspects of population health, is it still worth providing? To be sure, this is a reasonable question. Yet, it is almost unilaterally applied to the Medicaid program, and is not a feature in debates around private employer-sponsored insurance (ESI) or even Medicare. Why is the Medicaid program held to a higher standard, and should it be?

One primary reason for a higher degree of accountability is that Medicaid is funded, in part, by state tax dollars, putting the program in direct competition with other state priorities, such as education, infrastructure, and even other efforts to help the poor. Additionally, many states are heavily reliant on income taxes to fund Medicaid, and when unemployment goes up and state income tax revenues go down, more people enter poverty and become eligible for Medicaid. This funding structure can contribute to state budget crises. Looming especially large over state coffers is the price of providing long-term care, a benefit offered by Medicaid but generally not covered by Medicare or private health insurance. If Medicare were to fund long-term care for individuals in poverty, the impact of Medicaid expansion on state budgets would be considerably less.

Regardless of who is funding Medicaid expansion, the program has long been associated with welfare and the stigma attached to it in ways that other forms of insurance are not. There is a myth that most uninsured, nondisabled working-age adults are not employed, despite consistent evidence to the contrary. Americans may also be unaware of the role that the federal government plays in making ESI affordable. The federal subsidy of ESI through deferred income and payroll taxes is considerable, estimated to be $280 billion in 2018. While all health insurance in America is essentially government-supported, the means testing of Medicaid makes it a target for individuals who do not believe in government “hand-outs.”

One bipartisan reason for Medicaid accountability is that the program serves particularly vulnerable populations. In its traditional role, Medicaid insures low-income children, pregnant women, people with disabilities, and parents. The ACA offers states the opportunity to enroll additional uninsured adults below 138% of the Federal Poverty Level (FPL), decreasing the vulnerability of the population some, but not entirely, since poverty itself is a risk factor for poor health. If improving population health is the litmus test of health insurance, then coverage that performs better than Medicaid is the proper alternative. However, we do not have reliable evidence that other forms of coverage would have done better. Just as the Children’s Health Insurance Program (CHIP) was designed to meet the medical needs of kids, Medicaid was designed to meet the needs of low-income recipients. This tailoring includes offering benefits not typically covered by private insurance, such as nonurgent medical transportation. It also involves efforts to shield participants from out-of-pocket costs, which can devastate low-income families. Medicaid does not have monthly premiums or deductibles, and copayments are kept very low. Medicare and ESI pay providers more, which may result in better access to potentially higher-quality health care, but they also charge consumers more, which could offset any potential benefit for low-income populations.

Lastly, a surprising reason for why we expect Medicaid to improve health outcomes is simply that we have been able to study if it does. With other forms of health coverage, including Medicare, the study design and control group are not particularly obvious. State Medicaid decisions, including staggered implementation of the ACA expansions, have provided researchers with the unprecedented ability to understand how the program works using sophisticated empirical methods. The Oregon Health Insurance Experiment, which has added much fodder to the Medicaid debate, was the result of a natural policy experiment, whereby Medicaid enrollment was allocated via a lottery, similar to a randomized controlled trial. Some argue that we do not know enough about how Medicaid (and other public programs) work,6 but it is also true that we know even less about the worthiness of our $280 billion subsidy to private insurance. Another point that may be overlooked is the difficulty in capturing improvements in health, even in Medicaid research. Our follow-up periods and our sample sizes are generally not long enough nor large enough to adequately measure many of the potential benefits of improved access to health care.3

The differential scrutiny that Medicaid receives comes at a cost to low-income populations. Rather than shaping discussions on how to improve the program, 14 states are still debating whether or not to expand. Even within expansion states, there are policy proposals to make the program more closely resemble ESI (eg, by increasing consumer cost-sharing, adding work requirements). Medicaid has many policy levers, including provider payment structures, which could be engaged to improve access and ensure quality health care. We should be mindful of our untested assumptions about the superiority of private insurance and acknowledge government’s role in making health insurance available to everyone. Lastly, if we are going to make improvements in population health the litmus test of offering health insurance, we should make certain that we are doing so across the board, starting with our own ESI coverage.