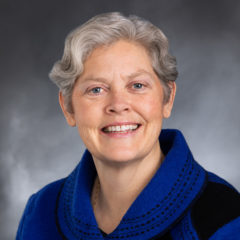 In 2019, Washington became the first state to pass legislation creating a public long-term care insurance program. In doing so, we are leading the way in addressing a nationwide crisis: an aging population in which the vast majority lack the financial resources to pay for the care they need as they age.1

The financial consequences of this long-term care crisis are dire, not just for individuals who are forced to spend themselves into poverty before they can access Medicaid benefits, but also for state budgets facing ever-increasing spending on Medicaid long-term care. Had Washington lawmakers not acted, Medicaid spending in our state budget was projected to increase from $1.7 billion in 2015 to $4.1 billion by 2030.

Additionally, affordability of long-term care (or lack thereof) creates a tremendous strain on families struggling to help their aging loved ones. In Washington state alone, there are more than 800,000 unpaid family caregivers.2 Many of these unpaid caregivers are part of the so-called “sandwich generation”—people who are simultaneously raising children and caring for elderly relatives, often while also holding down paid employment. Others are spouses or partners who themselves are aging and may be physically unable to provide the level of care needed. The toll on these unpaid caregivers is both financial and emotional.

Recognizing the impending crisis, Washington’s legislature passed a bill in 2015 requiring our state Department of Social and Health Services, through its Aging and Long-Term Support Administration, to conduct an independent feasibility study of options for helping aging Washingtonians afford needed long-term services and supports.3 The actuarial firm contracted for the study looked at two potential options: a public long-term care insurance program funded by workers through a payroll deduction, and a public-private reinsurance model. The actuarial study found little potential to generate savings to the Medicaid program based on reimbursement approaches to insurers using the products currently available in the market.

Serving on Washington’s Joint Legislative Executive Committee on Aging and Disability gave me the opportunity both to research options for addressing this crisis and to craft appropriate solutions. One thing that all members of the committee agreed on was that no one should be forced into poverty before they can get care. As someone who had watched my late mother-in-law spend down her entire life savings before she could get long-term care through Medicaid, I became both personally and philosophically committed to addressing the problem. Enacting SHB 1087 (known as the Long-Term Care Trust Act)4 last session is a win for workers, for their families, and for our state budget.

Here’s how it works: Beginning in 2022,Washington workers will pay $0.58 for every $100 earned through a payroll deduction. To be eligible, a person must have paid premiums either (1) for 3 years within the past 6 years, or (2) for a total of 10 years, with at least 5 of those years paid without interruption. For a year to count, a person must have worked at least 500 hours during that year to be able to access the benefit—worth $100/day for a year or a total of $36,500 in today’s dollars—starting in 2025. Self-employed workers can opt in to the program, but are not required to do so.

However, only those who opt in and meet the vesting requirements will be eligible to receive benefits. Beneficiaries must live in Washington to receive the benefits.

What exactly does the benefit cover? In short, nearly every long-term care service that a person might need. What’s especially exciting about Washington’s model is that the benefit is designed to help people age in place—at home, in their own communities, with their loved ones. It can be used to purchase things like home modifications, adaptive equipment and technology, home-delivered meals, in-home personal care, and even training, respite care, and compensation for unpaid family caregivers. If an individual requires greater care and can no longer stay at home, the benefit also may be used to pay for assisted living, adult family home care, and nursing home services.

While some may worry about the usefulness of a $36,500 lifetime benefit in 2019 dollars, it turns out that this is a significant benefit. It would provide up to 5 years of respite care, 1 year of a part-time in-home care provider, 8 to 12 months of assisted living care, 6 to 8 months of adult family home care, and 4 to 6 months of care in a skilled nursing facility.

On the state budget side, the benefit is projected to save $19 million in Medicaid spending in its first year and up to $440 million by 2050. As Washington begins the transition to this new insurance program, other states will be watching closely to see how successful the model is, and what the potential implementation challenges may be.

While passage of the Act seems straightforward in retrospect, it required five years of in-depth study and analysis. There was agreement early on that a primary goal was to avoid individuals spending down assets into poverty before they could get care. The stakeholders advocating for adoption included groups with widely varying interests, including assisted living, adult family home and nursing home providers; labor unions; area agencies on aging; businesses; the AARP, and more. Many of these stakeholders had divergent interests, so benefit design required intense negotiation to maintain actuarial soundness while providing benefits that would be useful in an operational system.

One advantage that Washington has over other states is that even before passage of the Long-Term Care Trust Act, we were already rated the number one state to age in by the AARP.5 Our ranking is based on a well-developed home- and community-based care system built over two decades, something many other states don’t yet have. In order for a benefit like this to be meaningful, there has to be a wide choice of lower-cost care options for people, such as in-home care, paid family caregivers, and respite care.

As more states continue to develop their long-term care systems, more options will emerge—among them, perhaps, some sort of state reciprocity system. Currently, someone who pays into Washington’s new system but moves out of state after vesting will not be able to use the benefit in the state where they then reside. Having interstate reciprocity will provide an even wider range of options for those in need of care. Hopefully, someday we’ll see meaningful action at the federal level too, so that states don’t have to come up with solutions to this long-term care crisis on their own, one by one.

But until we see a federal long-term care benefit,Washington’s Long-Term Care Trust Act demonstrates that states can—and will—lead the way on this vital issue. In my state, more people will now be able to access the services and supports they need as they age, without first having to impoverish themselves.

Speaker-designate Laurie Jinkins represents the 27th Legislative District in Washington State. In July, 2019, she was elected by her peers in the House Democratic caucus to serve as speaker of the House. Jinkins earned her bachelor’s and master’s degrees from the University of Wisconsin-Madison and a Juris Doctor from Seattle University School of Law (then the University of Puget Sound School Of Law). She also completed executive studies at Harvard University’s Kennedy School of Government. Jinkins began her career litigating child abuse and neglect cases for the state Attorney General’s Office. She then shifted her career toward public health, eventually serving as an assistant secretary of health at the state Department of Health before taking the position of senior advisor at the Tacoma-Pierce County Health Department, where she continues to serve. Jinkins began her first term as a state representative in 2011. Before her election to speaker, she chaired the House Civil Rights & Judiciary Committee.