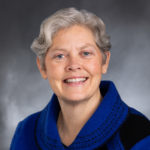 Speaker-designate Laurie Jinkins represents the 27th Legislative District in Washington State. In July, 2019, she was elected by her peers in the House Democratic caucus to serve as speaker of the House. Jinkins earned her bachelor’s and master’s degrees from the University of Wisconsin-Madison and a Juris Doctor from Seattle University School of Law (then the University of Puget Sound School Of Law). She also completed executive studies at Harvard University’s Kennedy School of Government. Jinkins began her career litigating child abuse and neglect cases for the state Attorney General’s Office. She then shifted her career toward public health, eventually serving as an assistant secretary of health at the state Department of Health before taking the position of senior advisor at the Tacoma-Pierce County Health Department, where she continues to serve. Jinkins began her first term as a state representative in 2011. Before her election to speaker, she chaired the House Civil Rights & Judiciary Committee.