Diversity and Higher Education for the Health Care Professions 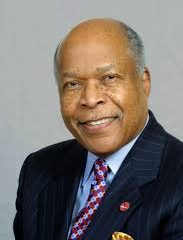 A significant social innovation after the Civil War was the establishment of schools and colleges to educate the freed, largely illiterate, black former slaves. The new colleges included 7 medical schools. Only two of them, Howard University College of Medicine inWashington, DC, and Meharry Medical College in Nashville, survived Abraham Flexner’s 1910 report documenting the poor educational standards at most medical schools in the United States and Canada.

Throughout the 20th century, black Americans and their allies fought to eliminate segregation, discrimination, and bias in the nation’s educational system. The most visible victory was the 1954 US Supreme Court’s ruling in the case Brown v Board of Education. The Court stated that “separate but equal” educational systems were inherently unequal and, thus, unconstitutional. Since then, many Americans have worked to eliminate vestiges of segregation and bias in our nation. These efforts have had a mixed record of success and failure.

Of the nation’s 4,000 colleges and universities, 109 are predominantly black, including 4 of the nation’s 142 medical schools. Does the continued existence of such institutions contradict the goal of an egalitarian, diverse society?

Leaders of historically black colleges and universities explain that their purpose is not to perpetuate segregation but, rather, to broaden the opportunities for black students and students from low-income families of every race and ethnicity to be educated in an environment where they are valued and supported. Such an environment recognizes, treasures, preserves, and teaches the history and culture of blacks and other minority populations; analyzes the social and economic challenges they face; and celebrates their contributions to their communities and to the nation.

Predominantly black institutions of higher education are hardly unique in these aims. For example, many higher education programs have been sponsored by underrepresented religious groups, including Catholics (eg, University of Notre Dame), Seventh-day Adventists (eg, Loma Linda University), and Jews (eg, Albert Einstein College of Medicine). Many of these institutions helped create opportunities for members of their faith-based groups to receive academic degrees and enter the professional workforce.

The appropriateness of these institutions and the quality of their educational programs, once controversial, ceased to be significant political issues by the second half of the 20th century. Many such institutions celebrate the ways in which religion and faith enrich the educational environment.

Health professions educational programs sponsored by predominantly black colleges and universities are comparable examples of enrichment. When accreditation bodies evaluate these institutions, they frequently find that their cultural commitments enhance and improve their educational programs. Moreover, their programs increase the number of professionals who are well trained and effective in helping patients from diverse backgrounds develop high levels of health literacy and adopt healthy behaviors.1,2

Morehouse School of Medicine (MSM) in Atlanta is one such example.3 Of the 62 4-year medical schools in the United States developed since 1950, MSM is the only one that is predominantly African American. Beginning with the charter class (1978), MSM has always had students who are white, Asian, Latino, and other ethnicities. The 22 students in the charter class included 13 blacks, 4 whites, 3 Asians, and 2 Hispanics. This diversity has continued in all subsequent classes.3

I take particular pride in MSM because its history and contributions resonate with my life experience. I was born in Atlanta in 1933 and grew up in rural Georgia during a time of legally sanctioned
and enforced segregation.4 The rules and institutions of American society seemed to have been designed to imprint upon my classmates and me the notion that we were inferior beings with social, intellectual, and cultural deficits. My parents and I pushed back against such dehumanization.

Our churches, colleges, and teachers instilled in us a strong value system, a sense of our dignity, our worth, our strengths, and our potential. Attending Morehouse College exposed me to scholars of all races. I was challenged, inspired, and supported in that environment. When I enrolled in Boston University School of Medicine in 1954, the only black in my class of 76, I found that I was well prepared for the academic rigor of the curriculum and went on to graduate among the top of my class.

This was followed by experiences as the first black intern and resident at New York Hospital-Cornell Medical Center (1958-1960), the first black pathology fellow at Massachusetts General Hospital (1960-1961), the first black research fellow at Thorndike Memorial Laboratory at Boston City Hospital-Harvard Medical School (1961-1963), and the first black full-time faculty member at Boston University School of Medicine (1966-1975). My life experiences are similar to those of many other blacks who grew up in the period 1930-1970, after which our exclusion from opportunities in the mainstream of American life seemed to diminish.

My most meaningful “first” was the opportunity, in 1975, to be founding dean of MSM. During MSM’s 40-year history, it has always ranked high among the nation’s medical schools in producing graduates pursuing careers as primary care physicians, especially in medically underserved areas. MSM’s graduates have included a surgeon general of the US Public Health Service, a president of Meharry Medical College, a commissioner of public health for the state of Georgia, and the developer of the first nationwide blood-banking system in South Africa. MSM graduates build on, and enhance, the legacy my generation received from our teachers and mentors in predominantly black institutions of higher education.

MSM and the other predominantly black health professions schools contribute to making the health professions more of a reflection of the demographics of this country. They train a disproportionate number of black, Latino, and other students from racial and ethnic groups currently underrepresented in the health professions. The Association of American Medical Colleges reported that there were 18,705 graduates from US medical schools in 2015, of whom 1,061 (5.7%) were African American. Of the 1,061 black graduates, 192 (18.1%) were from the 4 predominantly black schools of medicine. That is, 3% of US medical schools produced 18% of the black medical graduates in 2015.

By diversifying the health workforce, predominantly black health professions schools embody, and respond to, the aspirations of a significant segment of American society. Similar aims for greater educational opportunities for all Americans triggered the surge in public spending for higher education from the end of World War II until the mid-1970s. Yet, even at this late date, the opportunity gap for African Americans and Latinos has been only partially reduced.5 In contrast, the gender gap that existed among medical students until the 1970s has been eliminated; slightly more than half of US medical students are now women.

In summary, we have more work to do. Preserving and strengthening historically black institutions is a good place to start and merits the support of all Americans. These institutions will help us achieve a stronger, healthier, more stable, more prosperous, and more vibrantly diverse America in the 21st century.