Collective Action and the Social Determinants of Health 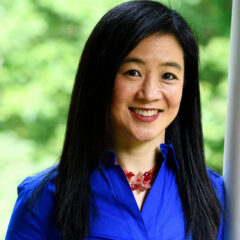 Scholars and policymakers alike have understood the connection between the social determinants of health and health for centuries now, but progress in ameliorating those inequities has been frustratingly slow. The ongoing coronavirus pandemic has now exposed both the limits of the progress we have made in addressing the social determinants of health—and the interconnectedness of the solutions we need.

At the pandemic’s outset, millions of people had to make untenable choices between feeding their families and protecting their health. As pandemic restrictions loosened, public unwillingness to take available vaccines in the United States unnecessarily broadened the pandemic’s societal impact and revealed our systemic inability to engage people in caring for their own health. Now, persistent disparities in pandemic outcomes have brought to light our collective failure to address our most basic responsibility: caring for each other.

The seeming intractability of these challenges points to the fundamental need for collective action to address the stickiest problems in public health. Too often, however, in thinking about the role of collective action in public health, people conceive of it too narrowly—as action taken to muster the political will needed to pass necessary policy changes. But that should not be all. Such a view ignores the role collective action can play in equipping people to become architects of their own (health) future, and its potential to integrate greater resilience into an interconnected system of care.

Consider the Montgomery (Alabama) Bus Boycott of 1955. The lesson of the boycott is not just that people can have power, but that people’s power depends on particular kinds of participation that has to be cultivated by organizations leading the work. Shifting entrenched power is difficult. Even though Black people represented almost 75% of the bus company’s revenues in Montgomery, they had to sustain a boycott for 381 days. Systemic racism had such a strong grip that city commissioners maintained the status quo for more than a year, even as the bus company veered toward bankruptcy.

To build and sustain the boycott for a prolonged period, Martin Luther King, Jr. and other leaders had to rely on much more than moral outrage; they had to create a bond that would sustain the group for the long term. Nightly church gatherings gave leaders the opportunity to interpret the boycott for people, while reinforcing and expanding social relationships that acted like glue. When boycotters disagreed about whether to compromise on demands that the bus company hire Black drivers, or when disinformation campaigns waged by city leaders spread false rumors that the boycott had ended, this social glue held the boycott together. The churches also provided leadership, communications, and governance support.

Every single day for more than a year, under the glare of public ire, boycott leaders drew on the infrastructure provided by these local organizations to manage the cold practicality of getting 40,000 people to and from work without any delays. When the inevitable onslaught of threats, arrests, disinformation, and constant negotiation emerged, boycotters relied not on the media but on the church leaders with whom they had sustained relationships to make sense of the onslaught, and used those interpretations to inform their choices moving forward. This latticework of relationships helped to hold the boycott together over the time it needed to force the bus company to desegregate.

Collective action exists fundamentally to address problems of power. Fixing problems of power is tricky, however, because power is like an iceberg: although we can see the tip above water, most of it is obscured from immediate view. Political theorist Steven Lukes argues that there are three faces of power. The first face refers to the visible exercise of power in our lives—bosses telling employees what to do, political battles in which one side wins and one side loses, public health officials trying to enforce masking guidelines in the public. The second face of power is what Lukes calls the hidden face of power. Power is not just about which side wins in a pitched legislative battle, but also about who decided what issues will even be on the legislative agenda. The hidden face of power, in other words, is about the set of forces that determine what choices people have available to them. Lukes argues that power has an even more insidious face, the third face of power. He calls this the invisible or structural face of power. It is invisible because it refers to the assumptions people walk around with in their heads about how the world works, but structural because those assumptions get baked into the societal structures we create. For example, the criminal legal system in the United States reflects long-standing implicit biases people have harbored around race.

If history teaches us anything, it is that the victories gained on the first face of power are fragile, at best. Equipping constituencies of people to act in an ongoing way means that they become able to take control of their own future—not just to advocate for one or two policy campaigns, but in a way that helps them imagine better futures for themselves and their families, and become equipped to act with others to make those futures a reality.

It is tempting to conceptualize the lack of collective action in health as a demand-side problem, bemoaning people’s unwillingness to vote or do the hard work of advocacy. But the pandemic has exposed the supply-side problem—many people have urgent, unmet needs, and nothing but distant elections as pathways for action. Too many people lack authentic opportunities to join with others to build collective power of sufficient size needed to pressure inept governments. How many organizations today can claim an infrastructure that would be able to sustain a boycott of 40,000 people even as they are being assaulted with threats of job loss, public approbation, disinformation, and so on?

Skeptics may argue that the proliferation of mutual aid during the pandemic tells a different story. Mutual aid is necessary and immediate, but it often avoids the messy work of politics. Social capital is not power, and charity is no substitute for systemic policy. Creating social ties without putting them into relationship with structures that channel political power leaves us vulnerable to repeated failures.

Collective action is the sine qua non of democracy. If the pandemic has taught us anything, it is that strengthening health requires strengthening democracy. Yet, the hollow wheels of democracy continue to turn. To make democracy work, we have to give people ownership over the process of change. The best guardrail between the failure of our political institutions and the decline of democracy is the people. For people to be a source of resilience, however, we must invest in the everyday work of building the sinew and strength people need to become architects of their own healthy futures.