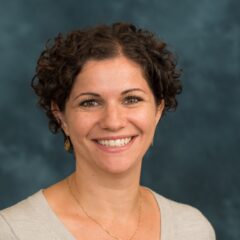 Context: The public’s views of parents’ behaviors and choices—and the attitudes held by parents themselves—are likely to influence the success of efforts to reverse obesity rates.

Methods: We analyzed data from 2 US national public opinion surveys fielded in 2011 and 2012 to examine attributions of blame and responsibility to parents for obesity, both among the general public and parents themselves, and we also explored the relationship between views of parents and support for obesity prevention policies.

Findings: We found that attribution of blame and responsibility to parents was consistently high, regardless of parental status or gender. Support for policies to curb childhood obesity also did not differ notably by parental status or gender. Multivariable analyses revealed consistent patterns in the association between public attitudes toward parents’ responsibility and support for policies to curb childhood obesity. High parental responsibility was linked to higher support for school-targeted policies but generally was not associated with policies outside the school setting. Attribution of greater responsibility to entities external to children and their parents (schools, the food and beverage industry, and the government) was associated with greater support for both school-targeted and population-based obesity prevention policies.

Conclusions: Our findings suggest that the high attribution of responsibility to parents for reducing childhood obesity does not universally undermine support for broader policy action. But appealing to parents to rally support for preventing obesity in the same way as for other parent-initiated social movements (eg, drunk driving) may be challenging outside the school setting.