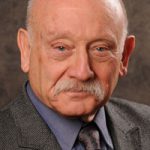 On May 15, 2014, The New York Times trumpeted a major advance in confronting the decades-long HIV epidemic. The headline, “A Once a Day Pill to Prevent AIDS,” was referring to Truvada, the brand name for a drug containing 2 antiretrovirals. According to the editorial, “If carried out with care, [the new approach] could be a big step forward in curbing the toll from AIDS.” How far we have come since 1981 when the US Centers for Disease Control and Prevention (CDC) published reports of the first cases of AIDS.

The first decade of AIDS, 1981–1991, was characterized by medical limits, fear, and stigma, a context in which HIV testing and counseling emerged as a central strategy of public health intervention: Identify those who were infected; counsel them to use condoms so that they would not transmit a lethal infection to their sexual partners; identify the uninfected whose behavior placed them at risk; and counsel them to adopt self-protective behaviors. It was a strategy that was embraced, even at a moment when no one knew for certain whether counseling could work at all and, if it did, what kind of counseling might be effective. In 1986 two officials at the CDC stated, “[HIV] infection is the first modern transmissible disease causing significant morbidity and mortality for which health education and risk reduction are the main instruments available to carry out a public health control effort. This reality colors every consideration in the development and implementation of strategies of control.”1

Against this backdrop, biomedical research continued to probe for treatments that might reduce the toll of HIV infection and for a vaccine that could protect the vulnerable. In the early years, the global mood was bleak. While promising strides had been made in treating opportunistic infections, the first antiretroviral drug to be used against HIV, AZT, was far less effective than had initially been hoped. Then in 1994 the first signs of profound medical progress emerged. Despite its limits as a therapeutic agent, the provision of AZT to infected pregnant women, in a costly and complex regimen, was shown to reduce the rate of HIV transmission by two-thirds, from 22% to 8%.2 While there was concern whether women would be compelled to undergo testing and, if infected, to undergo treatment, these problems were soon dwarfed by others. Would the benefits of this pharmacologic intervention be made available to women in Africa and other impoverished areas where the prevalence of HIV was staggering and where the number of infected babies condemned to die from AIDS-related diseases continued to spiral?

Two years later, in 1996, even greater strides were made that fundamentally reshaped the challenge of AIDS. At the International AIDS Conference in Vancouver, Canada, elation greeted reports of the striking therapeutic effect of Highly Active Antiretroviral Therapy. But even though the era of therapeutic impotence had come to an end, prevention efforts remained mired in competing approaches to counseling and testing, none of which had demonstrated the kinds of impacts necessary to thwart the epidemic.

Nevertheless, building on the understandings made possible by therapeutic achievements, scientists continued to explore the question of whether the antiretroviral treatment–induced reduction of viral loads could render the infected less infectious or even noninfectious. Could a medical intervention achieve what counseling had failed to accomplish?

The most striking reflection of what such an approach might look like was the analysis of a mathematical model published in The Lancet in 2009. In a population in which HIV was endemic, annual universal screening to identify infection and the immediate initiation of antiretroviral therapy, regardless of viral load in the individual, could so reduce infectivity as to make possible, in time, the virtual elimination of HIV transmission.3 But the systems of surveillance, testing, and treatment that such an approach would require made clear the vast gulf between the biologically plausible and the possible.

Less grand in its vision but ultimately more compelling was the report 2 years later in 2011 in the New England Journal of Medicine of a clinical trial involving HIV-discordant couples, in which the initiation of antiretroviral therapy had reduced by 96% the rate of transmission to the uninfected partner.4 In order to have an impact at a population level, however, aggressive efforts to identify HIV-infected individuals would be needed. The infected partners would have to agree to commence treatment at a moment when they themselves might not necessarily benefit. In the Test and Treat model, prevention counseling was to become the handmaiden to pharmacologic intervention. What were the prospects for implementing such an approach? Once identified, would asymptomatic individuals be willing to start lifelong therapy in the interest of protecting others? What allocative principles could justify the provision of a costly therapy to those who did not themselves need it when treatment remained out of reach to the many whose clinical state did require such care?

Federal officials were aware of these challenges. In fact, only one-third of HIV-infected individuals in the United States were virally suppressed. But given the potential benefits, there appeared to be no alternative. In 2013, the US Health and Human Services Panel on Antiretroviral Guidelines for Adults and Adolescents endorsed the importance of treatment as a form of prevention and recommended that antiretroviral therapy be offered to patients at risk of transmitting HIV to their sexual partners.

Despite the enormous significance of the discovery that it was biologically possible to all but eliminate HIV transmission from those individuals already infected, there remained the question of what the uninfected could do to protect themselves. Would it be possible to go beyond the decades-old recommendations focusing on counseling for behavioral change?

In 2012 a clinical trial reported in the New England Journal of Medicine appeared to provide an answer. It found that the use of antiretroviral therapy by seronegative individuals, Pre-Exposure Prophylaxis (PrEP), could protect them from becoming infected.5 Aware of these powerful findings and haunted by the fact that despite all efforts, 50,000 new HIV infections occurred in the United States annually—a figure that had not changed in years—the CDC moved formally in May 2014 to recommend the use of PrEP: “You should consider PrEP if you are a man or woman who sometimes has sex without using a condom, especially if you have a sex partner whom you know is HIV infected. You should also consider PrEP if you don’t know whether your partner has HIV infection but you know that [he or she] is at risk.” These recommendations were greeted with enthusiasm by those foundations and organizations long associated with efforts to curb the ongoing HIV epidemic, both domestically and globally. Careful observers knew that the wide-scale adoption of PrEP would necessitate a significant commitment of resources to ensure and carefully monitor patients’ compliance, as the failure to do so would all but guarantee the dangerous emergence of drug resistance.

Despite the elusive pursuit of an effective AIDS vaccine, medical research has given us remarkably potent tools for treating and containing the transmission of HIV. These achievements serve only, however, to underscore the persistence of policy questions that have shadowed the AIDS epidemic, both here and around the world, since the promise of antiretroviral therapy was revealed almost 2 decades ago. Will the economic, organizational, and human resources finally be made available to extend and sustain programs that have thus far fallen far short of what is needed?