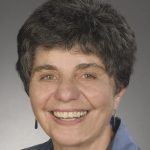 Great physicians from Hippocrates to William Osler knew and taught about the importance of listening to patients’ stories as fundamental to caring for them. Perhaps nowhere does this prescription ring truer than in the use of the electronic health record (EHR).

In 2009 the Health Information Technology for Economic and Clinical Health (HITECH) Act was enacted under Title XIII as part of the American Recovery and Reinvestment Act. HITECH, as indeed it is, authorized incentive payments through the Centers for Medicare and Medicaid Services (CMS) for both clinical professionals and hospitals using EHRs to achieve specific improvements in health care delivery (www.cms.gov/Regulations-and-Guidance/Legislation/EHRIncentivePrograms/index.html). A substantial proportion of the $31.2 billion allocated for this bill is for promoting and expanding the adoption of EHRs, with up to $44,000 available for each professional (primarily physicians) who displays “meaningful use.” Also written into the law are financial penalties for those who do not meet this requirement.

Because EHRs—along with the carrots and sticks of financial incentives and penalties—have the potential to improve patient care and assist clinicians, this innovation has engendered great optimism. These important gains, however, do not yet seem to have been achieved.

The problem for doctors and patients is the big difference between “having” and “using” or, better, “meaningfully using” EHRs. A recent survey of US hospitals revealed that only 11.9% had adopted basic or comprehensive EHRs and only 2% reported having EHRs that would enable meeting the “meaningful use” criteria set by the federal government.1 The situation for doctors seems to be equally disconcerting. According to another recent report, as of May 2012 only 62,236 (12.2%) of the 509,328 eligible professionals (primarily physicians) in the Medicare program attested to “meaningful use.” The one thing that EHRs appear to have accomplished best is the rapid billing of a patient or insurer.

What lies behind doctors’ reluctance to adopt and use EHRs meaningfully? The vast majority of, if not all, doctors want nothing to come between them and the patients for whom they are responsible. On the face of it, the EHR should be a tool to assist in the provision of good health care, and I’m certain this was and is the goal behind the law enacting their use. What could be better than having a readily available health record to aid in the diagnosis and treatment of patients with health problems?

Actually, it all depends on what is in, and how health professionals use, those records and how the doctor enters the information. I will describe 2 different scenarios from my own experience as a patient to illustrate what I mean.

Both events occurred at the same Chicago medical institution in different “private practice” specialty clinics. In the first case, my primary care internist was one of the first adopters of the EHR. He sat with me at his side and entered the information as we discussed my health, and afterward he examined me. He faced me, making eye contact, which is so important in such encounters, while asking questions and showing me what he was entering into the record to make sure it was accurate from my perspective. He also showed me how my laboratory results, blood pressure, and weight had fared over the years. The residents and medical students who were observing the interaction (with my permission) learned the proper way to use EHRs, and I was delighted with the entire visit.

The other event was a visit to my ophthalmologist, who also is a wonderful physician. In that case, I was first seen by a resident, also with my permission. As an academician, I am happy to contribute to the education of young physicians. The resident entered the room, introduced himself, and immediately sat at the computer with his back to me and began asking questions and entering information into the EHR. Only after asking questions and entering factual details in the EHR did he face me, and after explaining what he was about to do, he put some drops in my eyes so he could examine them and then immediately turned back to the computer and continued to type.

Of course, the drops in my eyes began to run down my cheeks, so I asked him for a tissue. He then reached for a tissue from a box at his side and reached his hand over his head and behind his back to give me the tissue. At that point I grabbed his wrist and quietly but firmly said, “Young man, turn around!” He looked shocked when he faced me (finally making direct eye contact rather than through an ophthalmoscope), and I proceeded to explain how insulting his previous actions had been. As a patient who was willing to allow him to learn from me, I was greatly disappointed, if not somewhat peeved. He apologized, stating that he was required to put the information into my record and therefore needed to be at the computer. We then had a long discussion about how EHRs should be used.

Clearly, in the first scenario, the doctor used the EHR appropriately and engaged my interest and cooperation. Sadly, though, that is not how many doctors use EHRS, nor are many instructed on the patient- friendly use of them. Many doctors are not happy with having to follow a protocol that does not make it easy to record anything other than basic information. To enter the patient’s history and other essential information, the physician must spend extra time and effort typing it into the EHR because as the EHR is currently formatted, there is no easy way to do this. EHRs force doctors to focus on entering specific data and not on the patient’s story, which is the foundation for diagnosis and treatment. The forced recording of a checklist of symptoms without the narrative that personal engagement facilitates is neither a good doctor-patient interaction nor a meaningful use of a medical record.2

In addition, a study published in the information technology literature in 2000 found that entering data into a computer-based record influences the doctor’s organization of knowledge and reasoning and actually changes the dialogue between doctor and patient. The authors concluded that “technology has a profound influence in shaping cognitive behavior, and the potential effects of cognition on technology design need to be explored.”4 I would add only that it’s way beyond reasonable time to explore and find ways to remedy a situation that seems to be spiraling out of control.

Finally, a systematic review of appropriate literature examined the impact of EHRs on physicians’ and nurses’ time efficiency (documentation time) in order to identify what might explain the differences in their efficiency. It revealed that using EHRs to achieve the goal of less, and therefore more efficient, documentation time was “not likely to be realized.”5

So what might be done to realize the full promise and potential of EHRs? I believe it will take at least 3 things: (1) better formatting of EHRs to enable the easy recording of the patient’s narrative; (2) educating doctors on the proper, patient-friendly use of EHRs; and (3) organizing offices so that the doctor can face the patient and also have easy access to the computer to record the encounter. Only then can EHRs become meaningful and cost-efficient for both the doctor-patient relationship and our convoluted health care delivery system.

Catherine D. DeAngelis is Johns Hopkins University Distinguished Service Professor Emerita and professor emerita at the Johns Hopkins University Schools of Medicine (Pediatrics) and Public Health (Health Policy and Management), and editor-in-chief emerita of JAMA, where she served as the first woman editor-in-chief from 2000 to 2011. She received her MD from the University of Pittsburgh’s School of Medicine, her MPH from the Harvard Graduate School of Public Health, and her pediatric specialty training at the Johns Hopkins Hospital. She has authored or edited 12 books on pediatrics, medical education, and patient care and professionalism and has published over 250 peer-reviewed articles, chapters, and editorials. Her recent publications have focused on professionalism and integrity in medicine, conflict of interest in medicine, women in medicine, and medical education. DeAngelis is a member of the Institute of Medicine and a fellow of the American Association for the Advancement of Science and the Royal College of Physicians (United Kingdom). She currently serves on the advisory board of the US Government Accountability Office, is a member of the board of Physicians for Human Rights, and serves on the board of trustees of the University of Pittsburgh.