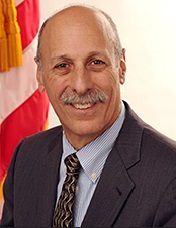 It took more than 45 years to accomplish fairness in insurance coverage for the treatment of mental illnesses and substance use disorders (SUDs) since President Kennedy took the first step in that direction with a directive to the Civil Service Commission that resulted in parity coverage for the years 1967 to 1975. Consumer groups, providers, and some segments of the health insurance industry worked long and hard to enact legislation that promised coverage on par with other medical care. The Mental Health Parity and Addiction Equity Act (MHPAEA), enacted on October 3, 2008, began to take shape in Senators Pete Domenici (R-NM) and John Danforth’s (R-MO) “parity” bill in 1992. Today there is much to celebrate. Coverage has improved for more than 170 million people; access to and use of treatment have expanded; and sicker patients are better protected against the financial consequences of treatment.1

In the 10 years since the law’s enactment, much has been learned. Here I reflect on some of the lessons learned from enacting and implementing the MHPAEA and its regulations. A fundamental tension arising in the legislation involves the notion that people with mental illnesses and SUDs should have access to high-quality treatments for their illnesses and protection against the costs of care that meets their health care needs in the same way that any other health needs are addressed. I refer to this as parity in principle, in contrast to parity in law, that is, adherence to the MHPAEA statute regulating the terms of insurance coverage for mental health and SUD care. This tension carries throughout the following discussion.

Lesson 1: The narrative leading to the passage of legislation may not be the one that gets you what you want. An important lesson about the politics of the MHPAEA relates to the consequences of linking parity to a civil rights narrative. Behavioral health stakeholders advocated for parity on the basis of creating equal rights to coverage for people with mental illnesses and SUDs. The civil rights narrative was highly effective, and the words parity and discrimination were effectively paired. The implication of this political strategy is that the standard by which insurance coverage for behavioral health care is judged is based on whether it is comparable to medical-surgical coverage. Unfortunately, if medical-surgical coverage is skimpy, then skimpy behavioral health coverage will be parity compliant—that is, meeting the parity in law standard—but will violate parity in principle.

Lesson 2: Without the Affordable Care Act (ACA), the MHPAEA’s impact would be substantially weakened. It is critical to understand that when policymakers and stakeholders discuss parity and claim success, they are not referring to just the MHPAEA. Parity, as we know it, involves several statutes and a number of regulations. Initially, the MHPAEA applied only to large employers (50 or more employees) if they offered behavioral health coverage (coverage for these conditions was not required) and to Medicaid managed care plans. The law stated that financial requirements (such as copays and treatment limitations on the number of inpatient days or outpatient visits) and care management provisions for mental illness and SUD coverage could be no more restrictive than those for medical-surgical coverage. The enactment of the ACA in March 2010 established an “essential health benefit” for health insurance that included mental health and SUD services, effectively creating a national coverage mandate. It also extended the MHPAEA’s provisions to individual and small-group insurance markets and to the Medicaid expansion population. These were the market segments for which coverage for mental health and SUD care had been typically either nonexistent or quite limited. In effect, much of the observed impact of MHPAEA on improved access, financial protection, and treatment stems from the combined impact of it and the ACA.

Lesson 3: Regulating care management is necessarily incomplete. This lesson concerns the challenges of implementing rules that seek to regulate care management. Multiple studies have shown that cost-sharing differences and limits on the number of covered visits and days that were so prevalent prior to 2010 have been largely, though not completely, eliminated.2,3 More difficult has been regulation of care management processes to make them compliant with the requirements of parity. Those processes are referred to as nonquantitative treatment limits (NQTLs). The MHPAEA requires consideration of how care management (prior authorization, concurrent review) is applied, what the bases for provider network structures are, and how medical necessity is defined. The intuition behind the NQTL requirements of parity is that, just as coinsurance for mental health and SUD services should be equivalent to coinsurance for medical-surgical services, so too should other forms of rationing. The significance of the NQTL provisions was that they were meant to preempt attempts to circumvent parity provisions by expanding coverage through care management that effectively imposed special limits on coverage for behavioral health care. The NQTL provisions broke new ground and signaled that plan behavior would be monitored and evaluated for consistency with MHPAEA goals.

Because care management depends on the clinical details of an illness, insisting on parity in results ignores potentially meaningful clinical differences that might guide sensible care management decisions. For that reason, the NQTL standard requires an answer to whether the same types of evidence and clinical strategies are applied consistently in deciding on the use of various care management methods. This makes implementing regulations difficult because it requires judgments about whether comparable processes, strategies, and evidence are being used. It is surprising how casually codified and how uncoupled from specific clinical evidence much of care management practices actually are. The result is that because health plans continue to have economic incentives to avoid people with mental and addictive illnesses that are costlier to cover and more likely to persist over time, the NQTL provisions are unlikely to eliminate practices aimed at limiting effective coverage for these conditions. This means that these provisions will be unable to fully satisfy the intent of the authors of the legislation or many of the key stakeholders. Thus, the lesson is that direct regulation of coverage will necessarily be incomplete when care is managed.

Lesson 4: Other tools are necessary to make NQTLs fully effective. Addressing the incentives to limit coverage for behavioral health means that we also must rely on other tools to weaken the troublesome incentives. Risk adjustment pays health plans more when they enroll relatively high-cost people. This attenuates an incentive to stint on care and to avoid enrollment of such high-cost individuals. Quality measurement and accountability for the quality of care for all enrollees via “pay for performance” or other mechanisms also weaken the incentive to do too little when payments are fixed and prospective.

It has taken a long time to make fair coverage for people with mental and addictive illnesses the law of the land. Science, changing approaches to paying for and managing care, spirited advocacy, political leadership, and good luck all have played important roles in getting to this day. However, there remain many areas of behavioral health care that continue to disappoint. If we are to meet our commitments to people with mental illnesses and substance use disorders, we must look beyond parity and dedicate ourselves to using all the policy, clinical, and programmatic tools at our disposal to promote fair, effective, efficient, and accessible care for all.

Richard G. Frank, PhD, is the Margaret T. Morris Professor of Health Economics in the Department of Health Care Policy at Harvard Medical School. From 2009 to 2011, he served as the deputy assistant secretary for planning and evaluation at the Department of Health and Human Services (DHHS) directing the office of Disability, Aging and Long-Term Care Policy. From 2013 to 2014, he served as a special advisor to the Office of the Secretary and from 2014 to 2016 he served as assistant secretary for planning and evaluation at DHSS. His research is focused on the economics of mental health and substance abuse care, long-term care financing policy, health care competition, implementation of health reform, and disability policy. He was elected to the National Academy of Medicine in 1997. He is coauthor with Sherry Glied of the book Better but Not Well (Johns Hopkins Press).