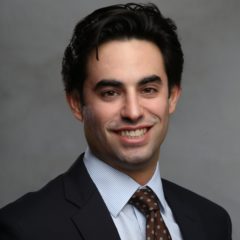 The 2013 decision by the Supreme Court of the United States in Association for Molecular Pathology v. Myriad Genetics, Inc. was seen by many as a triumph for public health. The opinion declared human genes to be ineligible for patent protection under the patent statute’s gatekeeping provision, § 101, allowing companies offering single-gene diagnostic tests, like those for early onset breast cancer risk at issue in Myriad Genetics, to flourish unencumbered by patent strictures. After several controversial and confusing decisions by the Supreme Court, however, there is now bipartisan interest in Congress to amend § 101, including a recent proposal to overrule Myriad Genetics and similar cases. Here, I review the legal crisis that has led legislators to this place and discuss how amending § 101 to overrule Myriad Genetics may—or may not—impact the public health.

The threshold inquiry into whether an invention can be patented is termed “patent eligibility” or “patentable subject matter” and derives from § 101 of the patent statute. Perhaps surprisingly, § 101 has not changed much from when it was first enacted—in 1790. In 1790, the patent eligibility statute was open to “any useful art, manufacture, engine, machine, or device, or any improvement therein.” Today, the same statute is open to “any new and useful process, machine, manufacture, or composition of matter, or any new and useful improvement thereof.”

As health innovations have developed over the course of two centuries—from ether to exome sequencing—courts rather than Congress have filled in § 101’s lacunae to ensure that naked medical and scientific discoveries are not patented. In a 1948 decision on the patent eligibility of a collection of bacteria, the Supreme Court referred to such discoveries as “part of the storehouse of knowledge of all men. . . manifestations of laws of nature, free to all men and reserved exclusively to none.”1 The precise language of § 101 notwithstanding, courts have interpreted § 101 to bar patents covering natural laws, phenomena, and products.

Since 2006, the Supreme Court has repeatedly revisited its patent eligibility jurisprudence to give these prohibitions sharper teeth, including a trio of opinions concerning patents on medical diagnostic tests: LabCorp of America Holdings v. Metabolite Laboratories, Inc., in 2006 (a stand-alone opinion by Justice Stephen G. Breyer); Mayo Collaborative Services v. Prometheus Laboratories, Inc., in 2012; and Myriad Genetics in 2013. In each case, the Supreme Court further narrowed the patent eligibility of medical diagnostics.

But, to many, Myriad Genetics was especially significant as a matter of public health. Myriad Genetics had patented the genes BRCA1 and BRCA2 and methods of conducting diagnostic tests to analyze patient risk for early onset breast and ovarian cancer. Because Myriad refused to license its patents to others, including individual clinical oncologists, Myriad’s patents were widely seen as impinging on a broader market for BRCA1 and BRCA2 diagnostics. The Supreme Court’s decision invalidating these patents as coequal with “products of nature” was, therefore, viewed as a welcome relief. This has been well detailed by Robert Cook-Deegan, who noted that Myriad “broke from professional standards” by enforcing its broad patents to “establish a U.S. service monopoly and flout clinical guidelines in its own testing and to impose a narrow definition of research on others’ BRCA testing.”2

In 2014, however, the Court decided another patent eligibility case, Alice Corp. Pty. v. CLS Bank International, which established a wholly unworkable two-part test for patent eligibility. Alice Corp. now directs courts to assess patent eligibility by first asking whether a patent is “directed” to an “ineligible concept,” and, second, by asking whether the invention adds “something more” than that.3 Alice Corp.’s enigmatic language and its trajectory in the Supreme Court’s larger restrictions to patentable subject matter have led courts to invalidate patents repeatedly on eligibility grounds. Since Alice Corp., the number of patents invalidated in litigation for failing to meet § 101 has risen roughly tenfold.4 This has made Alice Corp. the bugaboo of both industry and patent attorneys, who have sounded a steady drumbeat for Congress to clarify it. But this has caused patent and public health scholars to worry that alterations to the 229-year-old statute, and the doctrine interpreting it, will reinvigorate the patenting of medical diagnostics, which when coupled with miserly licensing regimes will lead to the ills uncovered in Myriad Genetics.

Since Alice Corp., there have been a number of proposals from the bar to rewrite § 101, including revisions from the American Bar Association (ABA) and the American Intellectual Property Law Association (AIPLA). One proposal—recently put forth by Senators Thom Tillis and Chris Coons and the subject of hearings in the US Senate—bars all judicial exceptions to § 101, including those pertaining to natural laws, products, or phenomena or abstract ideas.5 Aside from dispensing with Alice Corp., this proposal was crafted with the express purpose of overruling the restrictions imposed by Myriad Genetics and Mayo Collaborative Services. This has led some to fear that such retrograde expansions to patentable subject matter will make public health suffer as a consequence.

Tying public health and medical innovation directly to patentable eligibility—as both the advocates and detractors of the doctrine have done—is tenuous. Health technology often changes rapidly during the term of a patent, blunting its power. The market for certain interventions may change dramatically, too. And, even if an important parcel of public health is eligible for patent protection, it does not mean the technology will be patented; there are numerous other restrictions to the patent statute that may prevent a large swath of innovations from being exclusively owned. Even during the height of Myriad’s patents’ power, in the early 2000s, genetic sequencing technology was quickly advancing toward whole genome sequencing—a technology that was likely outside the scope of Myriad’s most controversial patents. To be clear, patents often do cover next-generation sequencing technologies. But, despite patent protection, there often is robust competition and clinically reliable alternatives to any given next-generation sequencing technique. It is not clear that revising § 101 will produce the negative public health consequences many seem to fear. In any event, it is wholly unlikely that even the recent Tillis-Coons draft bill overruling Myriad will reproduce the same conditions that gave rise to it. Technology and the standard of care have long since moved beyond those at issue when Myriad Genetics was decided.

And, yet, while it is unlikely that Myriad will be replicated, clinicians are right to be worried that expanding patent eligibility to the unknown will allow overly broad patents on basic new technologies that ultimately may be beneficial to public health. A patent covering all forms of a newly discovered therapeutic technology—say, genome editing—would almost certainly depress competition, not to mention physician and patient choice. Such fears are real. In many other areas of technology, overly broad patenting gives rise to serious problems: increased litigation, technological and licensing inefficiencies, and increased costs to third-party development. These are particularly concerning for the US health care system, which can barely afford unpatented legacy treatments for many. Taxing it with these additional patent-related costs bodes ill for the public health system.

This is the bane and boon of loose patent eligibility standards, and one of the reasons Congress chose such ambiguous language even back in 1790. Because the policy implications of an unknown and unforeseeable technological future cannot be determined with any degree of certainty, patent eligibility serves as a gatekeeper to the unknown. Wielding it as a weapon to police the future—either under a pro-innovation banner or under a public health one—will almost certainly have unintended consequences.

Planning for the Future

Although Alice Corp. is genuinely unworkable, and current proposals run the risk of making matters worse rather than better, this is not to say that Congress should do nothing. Congress would do well to consider proposals that excise Alice Corp. without eliminating the wisdom—however problematic—of Mayo Collaborative Services and Myriad Genetics. A Congress invested in both public health and innovation would be wise to deliberate them—for the sake both of today and of an unknown (and unpredictable) future.

Jacob S. Sherkow is professor of law at the Innovation Center for Law and Technology at New York Law School, with joint appointments at Columbia University’s Mailman School of Public Health and the Center for Advanced Studies in Biomedical Innovation Law at the University of Copenhagen. His research focuses on how scientific advances affect law, regulation, and bioethics. Sherkow is the author of more than 40 articles on these topics in both scientific journals and traditional law reviews, including Science, Nature, the Yale Law Journal, and the Stanford Law Review; his work has won multiple prizes including the 2018 Otto L. Walter Distinguished Writing Award. Sherkow was also the winner of the Class of 2017 Teaching Award. In 2018, he was appointed to the National Academy of Medicine as an Emerging Leader in Health and Medicine. Sherkow is a graduate of the University of Michigan Law School as well as Columbia and McGill Universities. In 2019-2020, Sherkow will be the Edmond J. Safra/Petrie-Flom Joint Fellow-in-Residence at Harvard University.