Opioid Use by Pregnant and Parenting Women: Let’s Not Repeat the Mistakes of 25 Years Ago 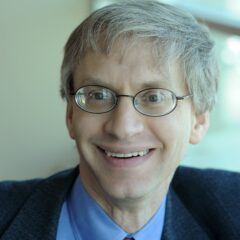 Among the opioid epidemic’s most wrenching harms are the increased numbers of parents who struggle to care for their children. This year, more than 30,000 newborns will likely be diagnosed with neonatal abstinence syndrome (NAS), the physiological symptoms of opioid withdrawal.1

Because the agony is so widespread and so raw, accompanying news stories command front-page attention. Yet these gripping human stories threaten to lead us astray, feeding narratives of hopelessness and stigma that harm people we need to help.

We know this threat well, because we succumbed to it 25 years ago. When the crack epidemic lacerated inner-city America, media coverage fastened on tales of addicted women abandoning their babies, of others who appeared to value their relationship with crack more than they valued their relationships with their children, and of “crack babies” who appeared irreparably damaged before they were born.

Extreme accounts were sometimes exaggerated; selection bias was the greater problem. Even when individual stories were carefully fact-checked and accurate in their particulars, their cumulative impact was misleading. Media accounts focused on adults who displayed the most pathological behaviors, and on children who experienced the most devastating drug-related harms. These stories fed a narrative that was not representative of most pregnant and parenting women with drug use disorders, making a devastating epidemic even worse than it had to be.

Lest we be overly judgmental, it’s important to remember that such stories grew out of a genuinely terrifying situation, in which crack cocaine sparked dramatic increases in infant mortality, malparenting, crime, and street violence. If measures such as the 1994 Crime Bill overreacted to the traumas that crack brought in its wake, this overreaction reflected real anger and fear that crossed every economic, political, and racial line.

Americans are again angry and frightened. Although the opioid epidemic has not fostered a lethal crime wave or increases in infant mortality to rival those of the crack era, tens of thousands are dying every year from the most lethal drug epidemic in American history. Hundreds of thousands of pregnant and parenting women live with opioid disorders. The long-term effects of NAS remain uncertain, but there is no uncertainty about the sharp rise in opioid-related child welfare and foster care challenges across the country. As in the case of crack, many women who live with opioid use disorders face other challenges to their wellbeing and social functioning that include poverty, family dislocation, and other mental health and substance use disorders.

In reading even the best coverage of this epidemic, I fear we are making some of the same mistakes we made 25 years ago.

Consider Dan Levin’s gripping May 31 New York Times story, “‘Become my Mom Again’: What it’s like to grow up amid the opioid crisis.”2 Levin traveled to Ohio’s Scioto County, a rural area hit hard by deindustrialization and opioids. At one school, Levin found four kindergartners who had lost a parent to drugs. As Levin sets the scene:

Schools in Scioto County, educators said, have seen a surge in the number of children born dependent on opioids or suffering from neglect, many with severe learning disabilities, some barely able to speak. Teachers told of tantrums, at times violent, and of chairs thrown in classrooms.

The central characters—high-schooler Layla Kegg and her mother Nikki Horr—were rendered in vivid and heartbreaking detail. Readers come away remembering Ms. Horr’s ever-worsening trajectory of drug use and her failures to engage addiction treatment or her responsibilities as a parent.

Levin’s piece is evocatively written. That’s part of the problem. Readers may forget that Ms. Horr’s experience is more pathological than those of most women who experience opioid disorders, and that most opioid-exposed infants don’t develop severe learning disabilities, throw violent tantrums, throw chairs, or develop profound communication disorders. We don’t know who these children are, because they and their parents aren’t calling attention to themselves.

Throughout, Levin presents women with opioid disorders as absent, abusive, or, at best, indifferent mothers:

“Kids out there are raising themselves. . . . The parents are gone just
like they were in Bosnia.”
“Mom has said that even us kids are not a good enough reason to stay
clean,”
“Mom told me all the time that it’s my fault she’s using.”

A key lesson of the “crack baby” scare was that the most serious challenges were pediatric problems disguised as obstetric ones.3 Particularly in the absence of alcohol or other substance use, most drug-exposed infants are born basically healthy. Many of their parents need help to care for their babies when they bring them home. Medical, educational, and social service systems failed to focus on these challenges during the crack era, missing many available opportunities to help. The same is surely true today.

“You’re ill, you can’t admit it,” Layla replied. “Get help and become my mom again.”

Kegg’s demand is utterly compelling. Yet the story tells us little about what such help actually would be. Levin presents no details regarding interventions that might help women with opioid disorders to halt or reduce their drug use, or to become better parents. He notes Ohio’s underfunding of child welfare services, but doesn’t say what these services are and what they might accomplish. He notes depressing highway billboards for buprenorphine, but does not explore the practicalities or success rates of this evidence-based addiction treatment.

Levin does not address how we might engage ambivalent and ashamed people into treatment. He makes repeated references to inpatient “rehab,” without saying much about what rehab actually is, or whether available outpatient alternatives might work better for someone like Ms. Horr who had previously fared poorly in treatment. He tells us little about how Medicaid and other public programs might improve access to evidence-based treatment.

Most people struggling with addiction want desperately to get better, to be responsible parents and citizens. They need to know that a hopeful path is realistic and possible, despite obstacles and setbacks along the way. Nikki Horr knows very well that she is sick, that she is harming people she loves. Many women in her position also experience mental health challenges, which must also be addressed.

We shouldn’t ignore the genuine pathologies that addiction can bring. Yet by focusing on vivid extreme cases, media accounts do a double disservice. They fail to educate readers about clinical and policy failures that disserve millions of people who need help. They also send an implicitly toxic message that the grip of addiction is too strong to expect we can do much to help.

Facing public anger and stigma reinforced by these toxic messages, disturbing numbers of drug-using women go underground, failing to secure proper prenatal care and other supports that might help them have healthier pregnancies and be more effective parents. Harsh policies reinforce this pattern. Tennessee’s “fetal assault” law permitted the prosecution of pregnant women who used illegal drugs and gave birth to infants diagnosed with NAS. The law apparently deterred women from seeking prenatal care, increasing the proportion who received no prenatal care at all.4

We must approach the opioid challenges with evidence-based optimism that we can field realistic interventions that help. There is no miracle cure for addiction. Still, most women who engage evidence-based addiction treatment are healthier and more functional as a result.5

Journalists and researchers have a responsibility to convey the diverse human realities of addiction, and the diverse lessons derived from experience and research regarding how to reduce drug-related harms. We must honor the humanity of everyone affected by this epidemic by remembering—and avoiding—our painful mistakes of 25 years ago.