Obesity and Diabetes: The Slow-Motion Disaster 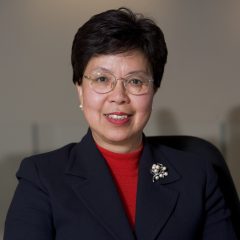 Today, 800 million people are chronically hungry and yet there are many countries where more than 70% of the adult population is obese or overweight.

Over the past two centuries, dietary issues in developing countries focused on the health consequences of malnutrition, especially stunting and wasting in children and anemia in women of childbearing age.

More recently, the world’s nutrition profile has changed from a situation where the prevalence of underweight was more than double that of obesity to one where more people are obese than underweight.

Once a symptom of affluence, obesity and overweight are rising in low- and middle-income countries, particularly in urban areas, where the increase is fastest.

Since 1980, obesity has more than doubled around the globe.

In sub-Saharan Africa, the number of overweight children grew from 4 million in 1990 to 10 million in 2012.

In North America and Europe, the prevalence of obesity is highest among lower-income groups, who often live in urban areas blighted by food deserts and littered with fast-food outlets.

In the Asia-Pacific region, obesity was seen first in wealthy urban residents, and then shifted to impoverished rural areas and urban slums.

In India, the prevalence of overweight increased from 9.7% in the late 1990s to nearly 20% after 2010. For children and adolescents, obesity and overweight are rapidly increasing, not just among the wealthy but also in the rural poor, where malnutrition and underweight remain major health concerns. Other rapidly developing countries show a similar pattern.

In China, the prevalence of obesity and overweight more than doubled during the last decades of the 20th century, moving from famine to feasting in less than a generation.

In 2012, China’s minister of health estimated that some 300 million Chinese were obese in a population of 1.2 billion. China, with the world’s second-largest economy, now vies with the United States as the nation with the largest number of overweight citizens.1

Early last year, the Lancet published a pooled analysis of trends in adult body-mass index in 200 countries from 1975 to 2014. In 1974, the study estimated that 105 million adults worldwide were obese. By 2014, the number had grown to 640 million, more than a 6-fold increase. If post-2000 trends continue, the probability of reaching the global obesity target—to hold the rise of obesity rates to 2010 levels for 2025—set by World Health Organization (WHO) Member States is “virtually zero.”2

This is a slow-motion disaster. Population-wide body weight increases are awarning that big trouble is on its way in the form of lifestyle-related, chronic, and cardiovascular diseases and some cancers. But the role of adiposity as an independent risk factor is strongest for type 2 diabetes, a disease that comes with costly complications, including blindness, limb amputations, kidney failure, and dialysis. This places an extraordinary long-term burden on health budgets and household finances. In rural parts of some Asia-Pacific countries, a diabetic can spend more than a third of total household income on the costs of care. In several countries, the costs of caring for diabetes alone can absorb 20% of the entire health budget.3

The International Diabetes Federation estimates that the cost of caring for diabetes worldwide was at least $673 billion in 2015.

Sadly, economic growth and modernization opened the floodgates for the globalized marketing of unhealthy foods and beverages and the switch from active to sedentary lifestyles. This means that rapidly growing prosperity is making many previously poor people sick. If current trends continue, especially in poorer nations, a costly disease like diabetes can devour the gains of economic development.

WHO estimates that the number of adults living with diabetes has almost quadrupled since 1980, moving from 108 million in 1980 to 422 million in 2014. More than half of these people are unaware of their disease status and even more are untreated. Each year, diabetes causes around 1.5 million deaths. Hyperglycemia contributes an additional 2.2 million deaths, largely by increasing the risk of cardiovascular disease. Thus, 3.7 million yearly deaths are related to high glucose levels. Of these deaths, 43% occur prematurely, before the age of 70.

Diabetes is on the rise nearly everywhere, but it is increasing most in the cities of low- and middle-income countries. Adults, children, and adolescents are now affected by type 2 diabetes, what was once called adult-onset diabetes.

The Asia-Pacific region is the epicenter of the diabetes crisis. In these countries, people develop the disease earlier, get sicker, and die sooner than their counterparts in wealthier countries.

In 2013, a paper published in JAMA estimated that China has 114 million adults living with diabetes, representing 12% of the adult population. Less than a third of those surveyed were aware of their condition and only a quarter reported receiving treatment.4 Worse, the study estimated that nearly half of the entire adult Chinese population has pre-diabetes, amounting to an additional 493 million people at risk of this debilitating disease, with all its costly complications. Looking for an explanation, the authors suggested that modernization and rising incomes were propelling rapid lifestyle changes, including a shift from traditionally healthy diets to westernized diets. In response to this report, one Chinese newspaper ran a cartoon, showing a patient with his doctor. “Is there a cure for diabetes?” asks the anxious patient. “Yes,” says the doctor. “Poverty.”

During the 20th century, the world’s food system became an industry aimed at increasing production and reducing the cost of food. Following a series of high-profile mergers and acquisitions, agribusiness is now a global industrial complex operated by just a handful of powerful, large multinational corporations that control the food chain, from seeds, feed, and chemicals, to production, processing, marketing, and distribution.

The food industry resists interference from a health agency like WHO because it has the power to do so.

But we are seeing some progress.

One of the strongest recommendations of the WHO Commission on Ending Childhood Obesity calls on governments to implement an effective tax on sugar-sweetened beverages. WHO recommends that, to be effective, a tax should increase the price by at least 20%.5

The oft-heard argument that lifestyle behaviors are a matter of personal choice does not apply to children. Obesity in children is society’s fault, not theirs. But when crafting preventive strategies, government officials must recognize that the widespread occurrence of obesity and diabetes throughout a population is not a failure of individual willpower to resist fats and sweets or exercise more. It is a failure of political will to take on the powerful food and soda industries. If governments understand this duty, the fight against obesity and diabetes can be won. The interests of the public must be prioritized over those of corporations.

[This essay was adapted from Dr. Chan’s Keynote Address at the 47th Annual Meeting of the National Academy of Medicine in Washington, DC, on October 17, 2016.]

Margaret Chan, MD, DSc, FFPHM, MScPH, from the People’s Republic of China, obtained her medical degree from the University of Western Ontario in Canada. She joined the Hong Kong Department of Health in 1978, where her career in public health began. In 1994, Chan was appointed director of health of Hong Kong. In her 9-year tenure as director, she launched new services to prevent the spread of disease and promote better health and introduced new initiatives to improve communicable disease surveillance and response, enhance training for public health professionals, and establish better local and international collaboration. She effectively managed outbreaks of avian influenza and of severe acute respiratory syndrome (SARS). In 2003, Chan joined the World Health Organization as director of the Department for Protection of the Human Environment and subsequently was appointed director of communicable diseases surveillance and response, representative of the director-general for pandemic influenza, and assistant director-general for communicable diseases. Chan was elected to the post of director-general on November 9, 2006. The Assembly appointed Chan for a second 5-year term at its 65th session in May 2012. Chan’s term will continue until June 30, 2017.