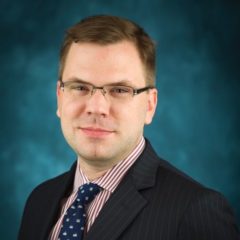 The passage of the Patient Protection and Affordable Care Act (ACA) in 2010 marked the end of lifetime caps on medical spending for multiple insurance markets. Since then, spending on biologics has exploded. The top ten drugs in Medicare Part B—all biologics—comprise 43% ($13.6 billion) of Part B drug spending, while more than two-thirds of overall spending in Part B is due to biologics, both innovator and “old” drugs. The intersection of US Food and Drug Administration (FDA) market entry pathways and insurance market access may offer new opportunities to control costs. While these sequential processes have long been a topic of debate in health policy, regulators and payers play distinct roles. FDA review focuses on effectiveness and safety (benefit/risk), while payers measure the value to populations and set prices. These distinctions result in a market where Medicare Part B covers nearly 80% of FDA-approved drugs.

The FDA has long worked with patients, clinicians, and industry to develop multiple tools facilitating healthy variation in the distribution of regulatory risk, or its assessment of effectiveness and safety, between the pre- and postmarket settings. As a consequence of the HIV epidemic in the 1980s, stakeholders developed and, in 1992, passed—as part of the first Prescription Drug User Fee Act (PDUFA)—multiple mechanisms to allow for early market entry of drugs in “great need.” The accelerated approval (AA) pathway allows the FDA to approve drugs for serious conditions with an unmet medical need based on a surrogate or intermediate clinical endpoint, shaving months or even years off the product development cycle. Surrogate endpoints typically involve laboratory or radiological measurements that are thought to predict clinical benefit. Subsequent to production and marketing, companies are required to complete additional studies to verify the clinical benefit, in the form of postmarket requirements (PMRs).

The FDA has used this pathway to provide early market access for multiple potentially life-saving therapies for hematologic malignancies, rare rheumatologic disorders, and other serious diseases. In each instance, the FDA has approved early entry based on surrogate endpoints with an eye to the “harms” of keeping a potential curative therapy from the market. These risk-benefit decisions carefully note the risks of allowing therapies early market access: the drug may be proven to be less effective (or even ineffective) in postmarket confirmatory studies as compared to the more abbreviated premarket evidentiary burden.

Use of this pathway has prompted controversy, with academic study focused on hematology and oncology products. An FDA review of 25 years of accelerated approval in malignancy hematology and oncology drugs and biologics1 noted AA was granted to 64 products for 93 new indications. The percentage of patients experiencing tumor shrinkage—as opposed to traditional measures such as overall survival—comprised 87% of endpoints, while single-arm trials accounted for 67% of indications. At the time of publication of the review, 55% of indications had completed PMRs verifying benefit in a median of 3.4 years after their initial AA, 40% had not yet completed confirmatory trial(s) or verified benefit(s), and 5% had been withdrawn. Independent analyses have yielded similar results, noting that the majority of premarket trials were single-arm studies, that only half had completed PMRs at three years, and that most had continued to use surrogate endpoints.2 Other researchers noted that drugs approved pending confirmatory data had tumor shrinkage rates of 28%,3 and confirmed improvement in overall survival in only 20% of cancer drugs.4 The AA pathway plays a critical role in providing early market access, benefiting both patients and pharmaceutical manufacturers while simultaneously complicating the role of payers by shifting the evidentiary burden from the premarket to the postmarket setting.

Considerable work has examined tradeoffs in the accelerated approvals program, with one study noting that measuring traditional outcomes, such as overall survival, required only 11 months of additional development time (12% of the development cycle).5 Eleven months may be an eternity to patients with terminal illness, and both drug regulators and patient advocates note the urgency of novel therapies for serious disease, where a 28% tumor shrinkage rate may be better than the alternative of a certain death. Public and private payers, thus, are caught within a maelstrom of drugs with modest evidence of effectiveness, high cost, and urgent need.While the use of the accelerated approval program will likely remain controversial, it is precisely this controversy that presents new opportunity.

We propose two possible solutions: use of either a reference price, based on “standard of care therapy” as opposed to an international pricing index; or abbreviated exclusivity for drugs approved via the AA pathway using surrogate endpoints. Once the manufacturer completes the PMR, which validates or refutes the outcome found in original trials, the “brake” of the reference price or abbreviated exclusivity would be removed. Failure to complete confirmatory trials—or a confirmatory trial that fails to demonstrate sufficient benefit—would result in a shortened exclusivity period or the continuation of reference pricing, typically leading to a multi-billion dollar loss for companies.

Reference prices eventually could be connected to the value of a standard treatment, utilizing what is known about its clinical performance. This would avoid politically fraught solutions under discussion, including government “price negotiation” in Medicare Part D or an international pricing index for Part B. For example, Part B drugs approved via AA would have an average sales price tied to standard of care therapy until PMR completion.

Tying the use of AA to a reference price allows patients with serious unmet medical needs access to new therapies, while also ensuring fiscal responsibility in the Medicare program through reference pricing until PMRs are completed that demonstrate confirmatory effectiveness not clearly obtained in premarket studies. This policy would not apply to new modalities (eg, gene therapy) approved via traditional FDA review programs unless they utilized the AA pathway.

Policymakers have multiple levers through which either or both of these policy solutions could be implemented. CMS Innovation Center waiver authority (Section 3021 of the ACA) and statutory change represent two mechanisms by which reference pricing could be implemented. Alternatively, changes to the exclusivity period in the AA pathway could be included in the next generation of PDUFA. While this policy would not address manufacturing constraints and the lack of competition in multiple markets for many small molecule generics, it nevertheless would address a substantial segment of the market—novel products, especially biologics, approved via the AA pathway. As we seek to tackle high pharmaceutical prices, we are confronted with both complex markets and complex solutions. There are no easy answers, and to quote an old adage, “you eat an elephant one bite at a time.”

Brian J. Miller, MD, MBA, MPH, is an adjunct assistant professor at the University of North Carolina Kenan-Flagler School of Business and an internal medicine resident at MedStar Georgetown University Hospital. Dr. Miller previously completed his public health residency at the Johns Hopkins University. He served as a special adviser at the Federal Trade Commission, a senior policy fellow for health information technology at the Federal Communications Commission, and a fellow at the Centers for Medicare and Medicaid Services. He is board-certified in preventive medicine.

Gail R. Wilensky, PhD, is an economist and senior fellow at Project HOPE, an international health foundation. She directed the Medicare and Medicaid programs and served in the White House as a senior adviser on health and welfare issues to President Georege HW Bush. She was also the first chair of the Medicare Payment Advisory Commission. Her expertise is on strategies to reform health care, with particular emphasis on Medicare, comparative effectiveness research, and military health care. Wilensky currently serves as a trustee of the Combined Benefits Fund of the United Mine Workers of America and the National Opinion Research Center, is on the Board of Regents of the Uniformed Services University of the Health Sciences (USUHS) and the Board of Directors of the Geisinger Health System Foundation, United Health Group, Quest Diagnostics and Brainscope. She is an elected member of the Institute of Medicine, served two terms on its governing council and chaired the Healthcare Services Board. She is a former chair of the board of directors of Academy Health, a former trustee of the American Heart Association and a current or former director of numerous other non-profit organizations. She received a bachelor’s degree in psychology and a PhD in economics at the University of Michigan and has received several honorary degrees.