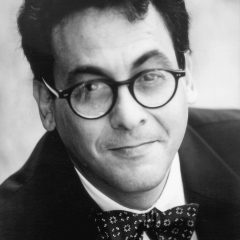 Child abuse, be it physical, sexual, or emotional, is one of the saddest, needless, and longest running stories in the history of public health. Even more outrageous has been our collectively poor track record in adequately recognizing, solving, or, at least, preventing this problem.

The bleak and tragic stories of abused children are all too familiar to those of us who work as pediatricians, nurses, social workers, teachers, and children’s health or well-being professionals. What appears below is one of the most poignant examples I have read:

I don’t know how old I am. I have no recollection of a time when I did not live with the Connollys. I call Mrs. Connolly mamma. I have never had but one pair of shoes, but I can’t recollect when that was. I have had but no shoes or stockings on this winter. I have never been allowed to go out of the room where the Connollys were, except in the nighttime and then only in the yard. I have never had on a particle of flannel. My bed at night has been only a piece of carpet stretched on the floor underneath a window, and I sleep in my little under-garments, with a quilt over me. I am never allowed to play with any children, or have any company whatever.Mamma (Mrs. Connolly) has been in the habit of whipping and beating me almost every day. She used to whip me with a twisted whip—a raw-hide. The whip always left a black and blue mark on my body. I have now the black and blue marks on my head, which were made by Mamma with the whip, and also a cut on the left side of my forehead, which was made by a pair of scissors. (Scissors produced in court.) She struck me with the scissors and cut me. I have no recollection of ever having been kissed by anyone—have never been kissed by Mamma. I have never been taken on my mamma’s lap and caressed or petted. I never dared to speak to anybody, because if I did I would get whipped. I have never had, to my recollection any more clothing than I have at present—a calico dress and shirt. Whenever Mamma went out I was locked up in the bedroom. I do not know for what I was whipped—Mamma never said anything to me when she whipped me. I do not want to go back to live with Mamma because she beats me so. I have no recollection of ever being in the street in my life.2

I first came across this horrid story in 2009, while researching an essay I was writing for the New York Times. The quote above was extracted from the testimony of a 10-year-old little girl named Mary Ellen McCormick. What is most amazing about Mary Ellen’s testimony is that she delivered it in a courtroom on April 9, 1874!

Orphaned as a baby, Mary Ellen was first sent to the city orphanage on Blackwell’s Island and, subsequently, was adopted by a Manhattan couple named Thomas and Mary McCormick. After Thomas’s premature death, Mary remarried and took to beating the child.

Sometime in 1873, Mary Ellen’s neighbors complained about her plight to the New York City Department of Charities and Corrections. The agency sent a social worker named Etta Angell Wheeler to investigate the situation. Wheeler was shocked to find she had little recourse to help the little girl. In a culture of “spare the rod, spoil the child,” there was not yet a single, formal law against child abuse in the American system of jurisprudence.

Undaunted, Wheeler implored Henry Bergh, the founder of the American Association for the Prevention of Cruelty to Animals, to take on the cause. Bergh viewed Mary Ellen’s plight to be similar to the horses he routinely saved from “violent stable owners.” In other words, he saw Mary Ellen as “a vulnerable member of the animal kingdom needing the protection of the state.”3

Bergh promptly hired the well-connected attorney Elbridge T. Gerry to plead Mary Ellen’s case before the New York Supreme Court. In a novel use of the writ of habeas corpus, Gerry asked the court to take custody of Mary Ellen and to find other accommodations for her because if she was returned to her abuser’s home, she would almost certainly be killed or irreparably harmed. The tactic worked. Justice Abraham R. Lawrence found the child’s adoptive mother, Mrs. Connolly, to be guilty on several counts of assault and battery.More important, the court assumed custody of Mary Ellen and she never again returned to the Connolly home. (After a short stay in an orphanage, she was adopted by Etta Wheeler and her sister.) Justice Lawrence’s decision is widely regarded by legal historians to be the first adjudicated case of child abuse in the American court system.

Astoundingly, it took 90 more years before a pediatrician, a radiologist, a psychiatrist, and an obstetrician-gynecologist formally classified child abuse as a medical problem. On July 7, 1964, C. Henry Kempe and his colleagues published their seminal article “The Battered-Child Syndrome” in the Journal of the American Medical Association.4

In the decades since, a consortium of dedicated health professionals, legal advocates, teachers, parents, and social activists have made great inroads in recognizing and ameliorating this glaring problem. Nevertheless, the risks and harms for vulnerable children continue to strike at an alarming rate.

In 2012, for example, the CDC reported more than 3.4 million referrals to US, state, and local child protective services. Approximately 686,000 of them (9.2 per 1,000) were victims of some form of child maltreatment. A total of 78% were victims of neglect; 18% of physical abuse; 9% of sexual abuse; and 11% were victims of other types of maltreatment, including emotional abuse, threatened abuse, parental drug and alcohol abuse, or lack of supervision. Of these children, 1,640 died as a result of abuse (2.2 per 100,000). The victims were also more likely to be young, with 27% of the victims younger than 3 years of age and 20% aged 3 to 5 years; children under the age of 1 year experienced the highest rate of victimization (21.9 per 1,000 children). The rate of victimization was 8.7 per 1,000 children for boys and 9.5 per 1,000 children for girls. Four-fifths (80.3%) of the perpetrators of various forms of maltreatment were the children’s parents, while 6.1% were relatives other than parents; 4.2% were unmarried partners of parents; and, of all the perpetrators, 54% were men and 45% were women.5

More—much more—must be done to tackle this threat to the public’s health and our youngest citizens. The abuse, maltreatment, or harm to our greatest national resource and future is simply too dire a subject to neglect. The real cost of a child’s health and well-being is priceless and, morally, one case of child abuse is a case too many.

For this issue’s Original Contributions, we lead with a paper by John A. Graves and Pranita Mishra. They discuss the evolving dynamics of employer-sponsored health insurance and how that affects workers, employers, and the Affordable Care Act.

As the holiday season comes upon us once again, it is our privilege to thank our authors, reviewers, and readers and to wish all a joyous season and happy new year.