Lavatories of Democracy? Health Reform and Federalism in the Trump Era 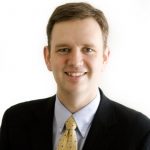 As the Affordable Care Act (ACA) was being debated by Congress in early 2010, the Idaho Legislature was considering its own health legislation. House Bill 391, also known as the Idaho Health Freedom Act, preemptively rejected the ACA by limiting the ability of state agencies to implement federal health reform without explicit statutory permission. The bill ultimately passed, though some questioned whether it was appropriate for states to reject federal laws they did not like.

In debating the bill, State Representative Jim Clark (R–Kootenai County) used a famous quote by Supreme Court Justice Louis Brandeis about states as “laboratories of democracy,” arguing that states could and should craft their own responses to federal policy. The clerk taking notes either misheard Representative Clark or slipped a finger while typing, because the minutes of the Idaho Senate State Affairs Committee say that he called states “a lavatory of ideas.”1 This accidental analogy reflects a fundamental reality that state flexibility and innovation does not always lead to learning and better policy.

The Trump administration and leaders in Congress are considering approaches to health reform that would give states an even more prominent role in redefining our health care and health insurance systems. States are likely to be major players in shaping the future of health policy regardless of what happens to “Obamacare” or other legislation in Congress. For example, the Centers for Medicare and Medicaid Services under Tom Price and Seema Verma is likely to allow states considerable flexibility through Medicaid waivers. What does this reliance on states mean for American federalism and the future of health reform?

The use of federalism as a political pressure-release valve when compromise among national leaders is unattainable is not new. The concept of states’ rights is core to how our nation was founded, how leaders sought to avoid war throughout the mid-19th century, and how civil rights were contested throughout the 20th century.

The use of federalism is also not new in health policy, as this is how Medicaid and the Children’s Health Insurance Program (CHIP) were designed. All 3 branches of the federal government used federalism to advance the ACA in the face of political obstacles. The Senate bill, which became the vehicle for passing the final law, would not have won enough votes without allowing states to design and operate their own health insurance exchanges. President Obama’s Department of Health and Human Services punted on defining essential health benefits and left the decision to the states. The Supreme Court protected state flexibility over Medicaid and gave states the option of deciding whether or not to expand eligibility.

State experimentation should in theory be welcomed as an opportunity to study what works and spread the best ideas across the country. Although this sometimes happens, there is a risk that existing disparities are exacerbated as high-performing states do more and continue to improve while poor-performing states fall further behind. States vary dramatically in their level of resources and their degree of commitment to public health.

The evidence is clear that access to insurance has improved in states that have expanded Medicaid and cooperated on the exchanges.2 Trends across the country clearly show that some states are healthier than others. The deep South in particular is known as the stroke belt for the severely high prevalence of cardiovascular diseases. The maternal and infant mortality rates in many states are shockingly high. The statewide statistics mask the full extent of these public health crises. For example, Mississippi ranks 50th for the number of babies born below 2,500 grams with a rate of 11.3%. But the incidence for babies born in Tallahatchie and Coahoma counties, areas that are rural or predominantly African American, are 16.3% and 17.6%, respectively.3

The specific link between insurance and health outcomes is disputed, which is important given that the fight over Obamacare is primarily about insurance and because there is a lot that state leaders can do to improve health outcomes independent of federal programs about insurance. But that’s not the way federalism is being talked about in Washington these days. The rhetoric is about increasing state flexibility over Medicaid and Obamacare regulations—getting the federal government out of the way so states can innovate. Again, this could be desirable in theory, but in practice this too often means federal funding for innovation decreases and states are left to make the tough and unpopular choices.

The American Health Care Act (AHCA) passed by House Republicans in May is built on this logic of intergovernmental blame shifting. Congress would give states more flexibility over significantly fewer dollars through block grants and other mechanisms. States would then have to raise taxes or cut services while Congress responds to criticism saying, “Don’t blame us—we gave states money and it’s their fault eligibility or benefit levels changed.”

This new chapter in US federalism is an extension and culmination of the past 7 years in which state capitals were a primary front in the battle to block implementation of the ACA. Except now the federal government is run by leaders who also oppose the ACA. Federalism is no longer just a vehicle for postenactment obstructionism but also an important component of their retrenchment strategy.

Leaders of blue states have anxiety about what this new dynamic will mean for them, including whether promises by the Obama administration will be honored. For example, Massachusetts’s Medicaid system—and thus the entire state budget—is built around funding arrangements contained in a waiver finalized in 2016. I recently heard Massachusetts Governor Charlie Baker say that he is going on faith that the Trump administration’s approach will be “If you like your waiver, you can keep your waiver.”4

Although somewhat angst-ridden, many progressive leaders may view increased state flexibility as an opportunity to innovate in the direction of single-payer health care. Canada may serve as a model in this regard. The joke in Ottawa is that anyone who uses the phrase “Canadian health care system” does not know what they are talking about because it really is a collection of provincial systems under a federal funding umbrella. This system only developed after provinces such as Saskatchewan and Alberta experimented with universal coverage.

However, one of the key lessons from Vermont’s failed attempt at a single-payer health care system is that it is very hard for states to pursue more comprehensive reforms without federal dollars. The pool of money is simply not large enough and most states do not have the economies of scale. Large states might take the lead, or groups of states might consider banding together to form regional systems.

Whether it is because states move to the right or to the left, disparities between states in access to care and health outcomes are likely to become even more extreme during the Trump era. Theoretically, leaders in low-performing states would be voted out by constituents angry about worsening conditions, but many people in these states do not view improving health as the government’s role and instead celebrate the degree to which their state rejects federal policies. As Idaho state Representative Jim Clark explained after the accidental “lavatories of democracy” analogy, “it is our right to be wrong with a bad idea.”1

David K. Jones, PhD, is an assistant professor in the Department of Health Law, Policy and Management at Boston University School of Public Health. His recent book, Exchange Politics: Opposing Obamacare in Battleground States (Oxford University Press, 2017), focuses on how states made decisions around what type of health insurance exchange to establish as part of the Affordable Care Act’s implementation. He is working on a new book using Photovoice to examine the social determinants of health in the Mississippi Delta, retracing Robert Kennedy’s steps in the region. He also studies Medicaid, Children’s Health Insurance Program, and health reform in France. He has been cited in the New York Times, the Washington Post, and the Wall Street Journal, among other places. He testified before the Michigan legislature’s House Health Policy Committee during its consideration of a health insurance exchange. He has been awarded the Association of University Programs in Health Administration’s John D. Thompson Prize for Young Investigators, AcademyHealth’s Outstanding Dissertation Award, and the Boston University School of Public Health Excellence in Teaching Award. Jones earned a PhD from the University of Michigan in health services, organizations, and policy. He holds a master of arts in political science from the University of Michigan, a master of science in public health from the University of North Carolina at Chapel Hill, and a bachelor of arts from McGill University. April 2018