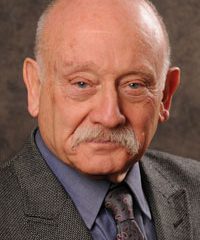 Public health is animated by two grand visions: a utilitarian outlook that seeks to advance population health by reducing patterns of morbidity and mortality, and a moral commitment to reducing inequalities in health status. Indeed, it was the latter that informed the social movements embracing public health and arguing that an attack on disparities as inequities was central to achieving the goals for population well-being. The contemporary rhetorical flourishes of public health too often assume that there is no tension between the two goals. But in fact there may be a paradoxical relationship between the achievements at the population level and equality. That is, programs and policies that reduce morbidity and mortality may actually sharpen or even create social divisions. Should we then regard such programs as failures, and if not, how can we address the inequalities that result from their success? As an example, let us examine the case of tobacco control.

In the early 1960s, 52% of men and 34% of women in the United States smoked cigarettes.1 It is now a half century since the public health campaign against tobacco began. The initial efforts—hobbled by indecision, the power of a major industry and its allies, as well as the hold of a social norm that shaped the world of smokers and nonsmokers— were merely symbolic gestures in the face of a profound threat to public health.

In the next decades, however, more effective measures were brought to bear: public health information campaigns became starker; advertising was limited; restrictions on smoking in public became pervasive; and the power to tax was used to shape the consumption of tobacco, making use of the elasticity of demand for even the most addictive product. By the start of the 21st century, a process of de-normalization was in place. What had been conventional was becoming increasingly marginalized. By 2012 the prevalence of smoking had declined dramatically: 20.5% of men and 15.8% of women smoked, a reduction of 61% for the former and 54% for the latter.2

But despite that remarkable achievement, by the early 1970s a striking social gradient had emerged. In 1974, 52% of men without a high school diploma smoked, though only 28% of those who had graduated from college did. By 2000, smoking rates had declined to 36% among men with less than a high school education and 11% among those with a bachelor’s degree. A similar pattern prevailed among women: In 1970, 36% of less educated women smoked, whereas 25% of those with a college degree did. Sixteen years later, the rates for women were 27% and 10%, respectively, and by 2011, the gradient was entrenched. Table 1 from the Centers for Disease Control and Prevention makes this clear.3

That there is a social gradient in smoking is not surprising, but what makes it so striking is that it has been created by the momentous achievement at the population level, and not only in regard to tobacco. Phelan and Link underscore this point in their paradoxically titled paper “Controlling Disease and Creating Disparities: A Fundamental Cause Perspective.”4 They argue that when we develop the ability to control disease and death, the benefits of this newfound ability are typically distributed according to resources, knowledge, money, power, prestige, and beneficial social connections. In the end, it is such advantages that shape “health-enhancing behaviors.”

Where does this leave us? To further reduce smoking at a population level now must involve strategies targeting those who continue to smoke in large numbers—those who are relatively poor and less educated. It is they who will benefit in the long run if these interventions are effective. But these interventions will necessarily be even more burdensome for them: higher taxes that are, by definition, regressive; progressively more restrictive measures regarding where smoking is permitted, which may no longer include outdoor parks, plazas, and beaches; and the utilization of campaigns that will further de-normalize smoking and smokers.

In the end, the questions we need to address are ethical and moral. Are these interventions just? Is it fair to impose greater burdens on the already disadvantaged? Would a failure to intervene represent a form of neglect in the face of inequity? And how far should we go in imposing restrictions on those whose choices already are so limited, in the name of closing the social divide and enhancing the population’s health? As Robert Rabin, a professor of law at Stanford University and the former director of the Robert Wood Johnson Foundation Program on Tobacco Policy Research and Evaluation, asked, “How restrictive a society [do] we want to create? . . . How far [do] we want to go in reducing individual autonomy, including what can be perceived as self- destructive behavior?”5 In facing these questions, we need to shed the tendency for cant to muddle our thinking.