Improving Our Children’s Health Is an Investment Priority 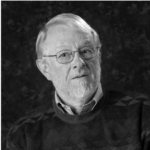 Do you know how much the nation’s future health will be determined by the 2,500 babies who were born into poverty today? It’s a critical question to ask as we seek to improve the shameful health outcomes of our country’s poorest citizens. The impact is substantial because of the major influence the social determinants of health like education and income have on children’s and, ultimately, adults’ health outcomes. Changing these outcomes will require reprioritizing investments for poor kids from birth or even during pregnancy.

Here are a few sobering statistics, courtesy of the Children’s Defense Fund (CDF):

Every day in the United States,

It is difficult to estimate precisely the reduction in life expectancy that will result from the 2,500 babies born into poverty each day, or the 912,602 over the year. The impact likely depends on the level of poverty and its duration. Sandro Galea and colleagues recently reviewed the epidemiologic and sociologic evidence and found that poverty increased the risk of death by 75% for those aged 25 to 64 and by 40% for those over age 65.1

The CDF describes poverty’s effect in this way: poor children are less healthy; they often lag intellectually and socially; they are less likely to graduate from high school; and they are more likely to remain poor into parenthood themselves. The CDF estimates that child poverty costs our nation half a trillion dollars annually in lost productivity and increased costs for the health care and criminal justice systems.

Poverty affects health through many social and biological pathways and often begins quite early in life. Access to health care and health behaviors like physical activity and good nutrition are important, but social and environmental factors have an equal or greater impact. In the model developed by the University of Wisconsin Population Health Institute and used in the Robert Wood Johnson Foundation’s County Health Rankings, factors such as income and education are weighted 40%, with medical care 20% and health behaviors 30%. Socioeconomics obviously drives purchasing power with respect to health insurance and healthy foods. But poverty and lack of education have been demonstrated to have a direct biological impact on health through neuroendocrine and immunologic system stress pathways. These biologic pathways function throughout the life span, but growing evidence points to early life as a particularly vulnerable period. Adverse early-childhood events and even prenatal experiences have been shown to affect long-term health, educational attainment, and eventually economic productivity over a lifetime.2

There is a growing awareness that health outcomes in the United States are poor compared with those in other countries, even though the United States spends more on health care than does any other country on the planet. One health outcome we track closely is life expectancy, because we value years of life and also because mortality data are accurate and generally understandable. A recent Institute of Medicine (IOM) report3 shows that our lives are shorter than those of the best-performing countries, 3.7 fewer years for males and 5.2 fewer years for females. In light of these striking differences, a separate IOM committee called for setting targets for 2030 to “achieve parity with averages among comparable nations on healthy life expectancy and per capita health expenditures.”4

This situation begs a key question: when determining policies and investments to reach such goals, how should we distribute health investments across age groups? While we should not ignore progress or improvement at any life stage, major investments at very early life stages should be a priority. Several lines of evidence support this claim. First, the United States already performs well on health at older ages. Life expectancy beyond 65 in this country is among the world’s best. Researchers are not sure why, but it may be partly related to our social safety net programs, such as Medicare and Social Security, in addition to most Americans’ high overall income. In contrast, the United States’ mortality disadvantage falls more heavily on those under 50 years old. We rank last in infant mortality among comparable nations. The chance of dying in the first 35 years after a child’s 15th birthday is twice as high in the United States as it is in 16 other developed countries. In addition, many early investments will be relatively more cost-effective, simply because of the number of healthier years of life gained over a whole lifetime.

These statistics provide a compelling argument for prioritizing investment in and policy attention to health very early in life. Despite increased bipartisan support for investing in prekindergarten, policy development has lagged with respect to reducing child poverty and developing very early childhood and even prenatal programs.

If resources were unlimited, such intergenerational choices would not have to be made. But of course, resources are never unlimited, even when public and private program waste and inefficiency are controlled. Our health policies and programs need to distribute them equitably in order to achieve a particular objective. Equitable distribution, however, certainly does not mean distributing the majority of resources to only one age group. Relative cost-effectiveness is a critical consideration. If a health intervention for the elderly is cost-effective in terms of quality-adjusted life years gained, that investment should have as great a priority as those for children.

We know that we are spending too much on health care and that our overspending detracts from other investments like early education and economic development. We also know that Social Security and Medicare are federal entitlements for the elderly but that Medicaid, which covers many children, is a means-tested program whose benefits vary by state. Even though much of the spending on health care comes in the last 6 months of life, many of these expenditures do not improve outcomes. Such waste is nothing less than generational theft.

Alan Williams, a distinguished British health economist, argued that many of the elderly have had their “fair innings,” and he called for restraint on the demands they make on the health care system, as he himself did when diagnosed with terminal cancer. As he insisted, “The alternative is too outrageous to contemplate—namely, that we expect the young to make large sacrifices so that we can enjoy small benefits. That would not be fair.”5

Williams’s assertion is both rational and humane. Unless we invest more in early life benefits for poor children born today, we will have a future that denies the health outcomes that every citizen deserves and that a productive nation requires.