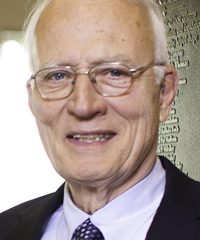 As a longtime health policy reformer, I have come to love Winston Churchill’s observation that American policymakers always get it right, but only after trying everything else. I am also beholden to my now deceased Alabama Democratic colleague Senator Howell Heflin’s explanation of Congressman Claude Pepper’s (D-FL) interview with God after Pepper’s death in 1989. In Heflin’s telling, Pepper asked God if we would ever get health reform right in America, to which God replied, “I have good news and bad news. The good news is, yes, Americans will eventually get it right. The bad news is, not in my lifetime.”

Even though we have not “tried everything else” (including single-payer financing), and even though politics in America is about as discouraging as it’s been in my lifetime, nearly 50 years of involvement in health reform tells me that someday there will be an affordable American health system available to all.

The foundation for such a policy reform was established with the passage in 2010 of the Affordable Care Act (ACA). At its heart, the ACA broadens coverage and changes financing policy from fee-for-service to value-based outcomes and population health improvement. American communities are building on this foundation and contributing their experiences to future policy improvements.

The ACA represents nearly 4 decades of accumulated experiences with health care payment policy reform at the state and federal levels, bolstered by health services research that has translated these experiences into policy. It is this approach, not partisan politics, that has long been at the heart of health care policy improvement in America.

As everyone knows, the ACA became law only because a Democratic president and Democratic members of Congress seized one of those “If not us, who, if not now, when?” moments in our history. Unfortunately, every single elected Republican congressman chose to oppose passage. Worse, most of them have opposed the law’s implementation. Such obstruction has made implementing the ACA difficult, to say the least.

As a practical matter, the politics of health care policy making is much the same in every developed country. Liberals focus on universal coverage and access. Conservatives focus on affordability and place cost and quality above coverage, believing that both are best achieved through the marketplace and that government should play a minimal role. Ironically, the current Republican opposition to the ACA does not represent the health policy reform traditions of American conservatives or Republicans. Nor does it represent the best interests of much of the health care industry, which is currently engaged in the most “disruptive” systemic innovation in our history.

As an example of the government’s involvement in health reform, let’s look at Medicare and Medicaid, which were enacted a little more than 50 years ago. These programs were built on a fee-for-reasonable service chassis in a dysfunctional private system. As a result, these popular programs soon began driving health care demand and costs to the point that Democrats needed Republicans to help them continue funding both programs.

Likewise, Republicans needed Democrats’ support for their efforts to contain costs because the public interprets most efforts to reduce public financing as limiting access, a response that has not proved to be good politics for Republicans. It was within this dynamic that liberals like the late Senator Ted Kennedy (D-MA) and conservatives like Senator Orrin Hatch (R-UT) found a bipartisan middle ground for a series of cost-controlling policy experiments.

During most of my 3 terms in the US Senate (R-MN, 1978-1995), as either the chair or the ranking Republican of the Senate Finance Committee’s Health Care Subcommittee, it was up to me and my Democratic colleagues like Senators Max Baucus (D-MT), George Mitchell (D-ME), and Jay Rockefeller (D-WV) to work our way through President Jimmy Carter’s proposal to regulate hospital budgets, Medicare prospective payment systems like Diagnosis Related Groups (DRGs) and Resource-Based Relative Values (RBRVs), and the efforts at privatization, which eventually became Medicare Advantage, all based on localized experimentation with payment reform.

We passed, by large bipartisan margins, the Medicare Catastrophic Act in 1988, which modernized Medicare’s benefit structure and added benefits. This law, however, was repealed a year later because of public opposition to a tax to fund new benefits. In 1994, when partisan Republicans saw an electoral advantage in opposing President Bill Clinton’s Health Security Act, senators from both parties active in past health reform efforts met weekly as the “Mainstream Group.” Working in Senator John Chafee’s (R-RI) Capitol office, we crafted alternative legislation to achieve the president’s systemic reform goals and lower its costs. Sadly, this bipartisan effort failed to pass and lost to partisan politics.

By 2009, everybody in the nearly $3 trillion-a-year American health care industry realized that things would have to change. Even the American Medical Association (AMA), for the first time in its history, pledged to make systemic reform successful. Using the work of members of Congress from both parties in the years leading up to the introduction of the ACA, President Barack Obama leveraged the willingness of most of the stakeholders to commit to this “now or maybe never” task.

A Democratic president and Congress have now set us on a course to create a uniquely American health system. Republicans and Democrats should think carefully about this opportunity. Indeed, implementation of the ACA as it plays out in different American communities will undoubtedly teach members of Congress on both sides of the aisle about ways to best improve the law.

There are many places in America to which open-minded conservative and liberal legislators can go and see this future. Experienced health care professionals and state policymakers are currently engaged in systemic reform experiments. As Dr. Donald Berwick summarized his experiences at the Center for Medicare and Medicaid Services: “This country is basically running a series of clinical trials, the success of which will depend on local health care leaders, and on the capacity of state legislatures to understand the role state government can play in facilitating change.”

Yet we must realize that we cannot change the behavior and the expectations of everyone in this vast system overnight. Changing generations of dysfunctional doctor-patient relationships and the unrealistic financial rewards for specialization, diagnostic tests, drugs, and medical devices takes patience. But if the AMA can see that the financial rewards for individuals, professionals, and technology must be aligned with healthier people and improved health care services, so can willing and able conservatives.

It’s true that Americans have not yet “tried everything else,” but we no longer need to do so. The experience and good judgment it will take to bring conservatives to the task of implementing an ACA that is strengthened by their participation will come from those who best understand and explain these “clinical experiments.”

But in order for Congressman Pepper to make another appointment with God, the Congress and the White House must first bring together the health services researchers who can best translate the experiences of all those across this country who are tearing down the barriers to creating a more cost-effective system. And then we must act with intelligence and alacrity.

I believe that systemic health reform is here to stay. More important, I believe that one day we will truly be able to state that the United States has the best health care system in the world.

Dave Durenberger, JD, is the only Minnesota Republican elected to 3 terms in the US Senate, starting in 1978 with his election to replace Muriel and Hubert Humphrey. He played a key role in authoring reform of health, education, welfare, civil rights, environment, tax, intergovernmental relations, and campaign finance policy and served a term as chair of the Senate Select Committee on Intelligence. He is the author of books on national security and on health policy and recently retired from the Opus College of Business at the University of St. Thomas (MN) where he founded and chaired the National Institute of Health Policy.