Fifty-two Years Later, We Are Still Arguing About LBJ’s Promise 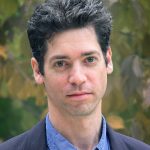 The modern era of health care policy began on July 30, 1965, the day President Lyndon B. Johnson signed a set of amendments to the Social Security Act creating Medicare and Medicaid. Since that time, the conversation over how to manage, modify, and expand government health insurance programs has covered a variety of topics, including whether to manage Medicare payments to hospitals more tightly, how to pay for prescription drugs, and of course whether to cover nonelderly Americans through the Children’s Health Insurance Program and then the Affordable Care Act.

Each of these debates has been complicated, intense, and full of wonky idiosyncrasies.With all of the acronyms and jargon flying around—like FMAP, SGR, or HIPAA, with its two “a’s” and one “p”—it’s easy to lose sight of the real issues at stake. But stripped down to bare essentials, all of these controversies are really just different versions of the same fundamental question: Who should bear the ultimate risk for high medical expenses, individuals or society at large?

Up until that day in 1965, the burden fell largely on individuals. By that point, most of the working-age population had health insurance through their employers. This allowed them to pool their resources, spreading the costs of medical problems—whether it was a heart attack, injuries from a car accident, or ongoing care for a condition like diabetes—and thereby making them affordable to everybody in the group.

But these insurance plans were still voluntary arrangements, dependent on the ability of employees to find jobs and make incomes sufficient to cover their premiums—and on employers willing to provide sufficiently generous coverage. Any individual who couldn’t satisfy these conditions—imagine somebody who couldn’t find a job, or couldn’t find a job with a decent insurance policy—faced the prospect of crushing medical bills if he or she fell ill.

Among the groups most likely to confront this situation was the elderly, who, after all, were least likely to have jobs and most likely to need medical care. The stories of their suffering, and the political pressure that created, eventually led to the creation of Medicare.1 And looking back today, Johnson’s words at the signing ceremony are striking for the unambiguous promise he was making:

No longer will older Americans be denied the healing miracle of modern medicine.No longer will illness crush and destroy the savings that they have so carefully put away over a lifetime so that they might enjoy dignity in their later years. No longer will young families see their own incomes, and their own hopes, eaten away simply because they are carrying out their deep moral obligations to their parents, and to their uncles, and their aunts.2

Back when Johnson was rallying support for the proposal, critics worried that delivering on such a promise might cost more than Medicare’s supporters were willing to concede. And if the cost exceeded existing resources, these critics warned, then Medicare obligated the government to come up with the money somehow. It might mean raising taxes. It might mean cutting spending elsewhere. It might mean running higher budget deficits. But one way or another, the public as a whole would be on the hook for those extra costs. Society, in other words, was assuming the risk for the elderly’s medical expenses.

The expansions of government insurance that followed—adding a prescription drug benefit to Medicare, allowing Medicaid to cover more people and more treatments, and creating the Children’s Health Insurance Program and the Affordable Care Act—all represented efforts to extend this same promise to larger groups of people or to a broader class of medical services. Predominantly it has been liberals championing these expansions, and the implied guarantee behind them, because they have wanted to transfer that risk of medical expenses from individuals to society.

But in a practical sense, doing so has increased the financial burden on the federal government and by extension the taxpayers. That burden that has grown, thanks to an aging population that needs ever-more medical care and a seemingly inexorable rise in the cost of medicine itself. Over time, policymakers have looked for ways to ease that burden. And while some sought ways to make medical care itself less expensive, others have called for a more dramatic transformation—namely, setting hard limits on what the government would spend on these programs.

It is political conservatives who have led this campaign, and their ideas include turning Medicare into a voucher program, so that each beneficiary would get a fixed sum of money with which to buy insurance, or replacing the federal government’s open-ended commitment to Medicaid with predetermined payments to the states. Either way, the purpose is to walk back the promise Johnson made in 1965—ending one guarantee (limiting what individuals pay for medical care) in order to make another (limiting what society pays for medical care).

Like all such political debates, this one has no right or wrong answer. It’s a question of values and judgment. Champions of the conservative approach argue that government spending requires taxes, distorting economic incentives and depressing growth in ways that make society as a whole less prosperous. They also think the burden of sustaining LBJ’s promise—whether to the original Medicare and Medicaid populations, or to everybody else now getting government health insurance—is not something the taxpayers can sustain for much longer. In other words, paying those bills is simply not a risk society can bear.

Liberals counter that societies in the rest of the developed world manage to bear that risk without severe consequences. They do so by using government regulatory power to restrain the prices of medical care and then raising taxes sufficiently to cover the resulting costs. Contrary to the teachings of conservative orthodoxy, liberals point out, these countries have thriving economies. One reason those societies are more equal is far lower rates of poverty and one reason for the lower rates of poverty is that individuals are far less likely to face crippling medical expenses.

The public has mixed, sometimes conflicting sentiments about these questions. Few Americans like taxes and, at least in principle, they tend to be skeptical of big government. Still, there is a reason conservatives are careful not to attack programs like Medicare and Medicaid too overtly—to describe their plans, whatever their actual design, as efforts to protect the programs and help improve access to medical care. The risk of high medical bills is not one most people wish to face individually. They want to live in a society that will take care of them. They understand the promise that LBJ made and they want their government to keep it.