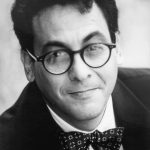 Mr. Leopold Bloom ate with relish the inner organs of beasts and fowls. He liked thick giblet soup, nutty gizzards, a stuffed roast heart, liver slices fried with crustcrumbs, fried hencod’s roes. Most of all he liked grilled mutton kidneys which gave to his palate a fine tang of faintly scented urine. Kidneys were in his mind as he moved about the kitchen softly, righting [his wife Molly’s] breakfast things on the humpy tray.

James Joyce, who dropped out of medical school before creating the modern novel, knew a thing or two about the kidney, the wondrous organ that filters the blood and decides what is important to retain for the good of the body and what needs to be excreted and flushed away. On the morning of June 16, 1904, Leopold Bloom, the protagonist of Joyce’s masterpiece, Ulysses, has kidneys in his mind (note that it is not “on” Leopold’s mind but “in” his mind; Joyce was too careful with language to risk an imprecise meaning). Indeed, Leopold’s entire day is dedicated to figuring out how to retain the important things in his life (love, friendship, and kindness toward others) and piss out what is inherently useless (such as the psychic pain he incurs as a result of his wife’s infidelity). Later in the novel, as Bloom and his new friend Stephen Daedalus urinate a night’s worth of drinking on his garden at 7 Eccles Street, they see a shooting star—a symbol, albeit a tired one, for visualizing the light of truth.

Which brings us to the US federal government’s 1972 decision to privilege end stage renal disease (ESRD) as the one medical condition, or “entitlement,” qualifying a person as “deemed to be disabled,” as long as he or she was “fully or currently insured” under the Social Security Act, or the spouse or dependent child of someone who was insured, for purposes of coverage by Medicare Parts A and B. I like to think that this bold venture in universal health care (albeit only for those with ESRD) represents a collective attempt at retaining what was good for the body and the body politic. 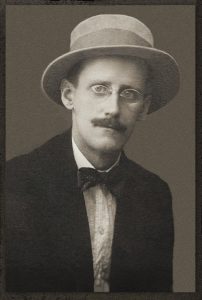 Lost in the fog of political battles, it is all too easy to pretend this momentous change in our nation’s health policy was the product of noble intentions, careful design, and measured analyses. In fact, the addition of the ESRD provision (Section 2991 of the Social Security Amendment of 1972) was an 11th-hour amendment to a bill calling for the extension of the Social Security Act to provide family assistance and extend Medicare and Medicaid coverage for the first time since its initial passage in 1965. During the final week of the 1972 presidential election, the US Congress passed the bill with overwhelming bipartisan support and relatively little rancor, and sent it up Pennsylvania Avenue to the White House. On October 30, President Richard M. Nixon signed the bill into law, only days before his landslide victory over Senator George McGovern (D-SD).1,2

The provision, which covered more than 90% of Americans with ESRD, was one borne of mercy and kindness. For millennia, kidney failure was a sure and certain death, but in the years during and after World War II, everything changed, thanks to Dutch physician Willem Kolff’s invention of an artificial kidney machine and, in the 1960s, Seattle nephrologist Belding Scribner’s development of a vascular-access contraption and his subsequent opening of the first outpatient dialysis clinic in the United States. As late as the early 1970s, however, there were pitifully few clinics, doctors, or nurses equipped to treat patients, let alone the necessary mechanical devices to perform the dialysis. Consequently, those few hospitals and centers that did offer this life-saving therapy conducted what were then known as “God committees,” groups of doctors sitting on high, charged with deciding which patient in kidney failure would live or die based on a number of criteria from the clinical to the subjective assessment of an individual’s worth to society.

When Section 2991 was being discussed, there were roughly 11,000 Americans needing dialysis and the cost was minuscule in federal budget terms: $135 million, which, in a circumscribed nod to “socialized” medicine, included all of these patients’ medical needs. Forty-five years later, it is easy to see that the costs of the ESRD program have long since run off the rails. It currently costs taxpayers more than $20 billion a year to care for the 400,000 or more patients on dialysis (roughly $77,000 per annum per patient), a rate higher than any other nation in the world but hardly with the best results in terms of morbidity and mortality. The patient pool eligible for this program increases at a rate of 3% or more per year thanks to the explosion of diabetes, poorly controlled hypertension, lower than predicted transplant rates, improved cardiac care, and longer lives for all Americans (which only provides more time for their kidneys to fail). In contrast to recent rumblings on Capitol Hill and the halls of giant insurance companies, the program has no bans on preexisting conditions. ESRD is currently the ninth leading cause of death in the United States and the cost of this care constitutes more than 1% of the federal budget. As a point of reference, 2% of the federal budget is devoted to funding the US Department of Education.3

Perhaps the unkindest cut of this many edged policy is that the treatment of ESRD, in the form of dialysis, has been almost completely relegated to the free market. Two companies, DaVita and Fresenius Medical Care, provide more than 70% of dialysis in the United States and between them earn more than $2 billion a year.

The United States is stricken with a metastasizing disease that steadily delegitimizes health care from a public good governed by a social contract into corporations that are accountable primarily to shareholders and not the public at large.

For example, in February 2017, DaVita was accused in a federal lawsuit of “misleading shareholders in an elaborate effort to inflate its financials by intentionally steering poor patients toward private insurers that paid 10 times more for dialysis treatments than the government.”4 This is hardly the first time DaVita has been accused of running afoul of federal rules and regulations. Only a month earlier, both DaVita and Fresenius received subpoenas from the US Justice Department asking them to fully disclose their relationship to a charity called the American Kidney Fund, which helps pay the insurance premiums for needy dialysis patients. Coincidentally, the charity was accused of favoring both Fresenius and DaVita over smaller dialysis clinics that did not contribute to the fund.5

Both companies have a long history of settling similar lawsuits with huge payments and fines, which are dwarfed by their massive profits. Such settlements are simply the cost of doing business and avoiding being closed out of the Medicare program. Given their corporate playbook thus far, new lawsuits are inevitably on the horizon. Indeed, these companies have been soundly criticized by medical experts because doctors rarely staff their clinics, nurses and technicians are often on too short of supply, and those who do work there complain of too rapid transitions between patients, poor infection control, and high rates of other devastating, and preventable, complications—all of which portend human misery and legal wrangling.

There is, of course, too much history between these two points in time, 1972 and 2017, to fully or neatly connect the dots in a short essay. Indeed, the ESRD story is a multivolume history awaiting its Boswell, if anyone has the renal fortitude to document the epic failure of how poorly we treat kidney disease in the United States.

My point is that even well-intentioned plans, such as the federal entitlement of treatment for those suffering from kidney failure, can and will go awry if not constantly monitored, measured, shifted, adjusted, and improved based on what the data tell us. The right to good, effective, and ethical health care for all Americans, be it in the form of Medicare, Medicaid, the Affordable Care Act, or the ESRD program, needs to be appropriately nurtured, evaluated, and funded rather than toyed with like a football in misguided games of political sabotage and free-market capitalism. That is what the American people are entitled to, no more, but certainly no less.

As we contemplate equitable health care for all our citizens, we ought to take a lesson from the blind yet visionary Irishman, James Joyce, to have kidneys—and every other organ system—“in” our minds.

We begin the September issue with our Op-Ed columns. Lawrence Gostin discusses the recent election of a new Director-General of the World Health Organization. Gail Wilensky explains the political and practical problems of the Republican’s American Health Care Act (ACHA), while JohnMcDonough discusses a soon-to-be-important codicil of the still intact Affordable Care Act of 2010—the Independent Payment Advisory Board—which is required by law to develop and submit formal recommendations to reduce Medicare’s per capita growth rate down to specified target levels. Guest columnist David Jones writes about federalism and health reform in the Trump era. Joshua Sharfstein proposes public health bundles to help reduce preventable, common, and expensive health problems. Sara Rosenbaum asks will the Republican led government abandon children’s health needs? David Rosner laments the Trump administration’s concerted effort to hobble key public health regulations established by the Environmental Protection Agency and the Occupational Safety and Health Agency. Sandro Galea exposes the cognitive dissonance between our society’s interest in improving the population’s health and understanding the resources it would take to do so. And Jonathan Cohn discusses the debate that began in 1965 when President Lyndon Johnson promised health care for all Americans.

The heart of this quarter’s issue, of course, are the original contributions, which expand our understanding on several important population health and health policy topics:

Writing these lines in summer, it is difficult to imagine the inevitable change of season, from the humid, hot days to the cool chill and falling of leaves. It is difficult, too, to imagine the social and health policy changes in the exciting, frustrating, or challenging months to come. With respect to the latter, they will all come to pass in one way or another. How we handle them will be the true test of our character and expertise.