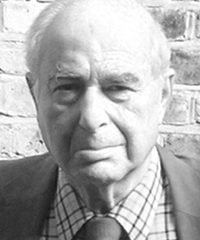 Internationally, Britain’s National Health Service (NHS) ranks high.1 It is comprehensive. It performs well on equity. It is frugal. But the fiscal foundation of its strength—the fact that it is tax funded—is also the source of a vulnerability: its exposure to periodic political shocks. Its seismic history is one of successive governments—from the 1970s onward—unceasingly reshaping the system. And no shock has been greater than that felt when the coalition government elected in 2010 introduced the most complex program of change in the history of the NHS in England. (Scotland, Northern Ireland, and Wales have gone their own ways since devolution in 1999, and their subsequent paths are a different story.)

The NHS in England has, indeed, survived, and if political vulnerability is one of its characteristics, resilience is another. Staff, not patients, has absorbed the pain of change. Furthermore, now that a Conservative government, more committed than its predecessor to budget retrenchment, has been elected, the NHS’s resilience will be tested even more severely by growing fiscal pressure.

In 2010, Andrew Lansley, the coalition’s Conservative health secretary, made proposals that seemed to follow the logic of the changes introduced by Tony Blair’s Labour government, with an emphasis on competition, consumer choice, and provider plurality. More striking, these changes involved radical organizational upheavals. The most sweeping was the introduction of “clinical commissioning groups” dominated by general practitioners (GPs) responsible for commissioning services for the local population. Lansley’s legislation also introduced a new managerial structure designed to insulate the NHS from day-to-day political interference. As a result, a new body, NHS England, is now responsible for running the service. Whether the insulation is effective remains open to question.

Critics of this legislation—there were few supporters—were divided.2 On one side were the pragmatists, those appalled by the scale of such a radical redesign rather than by the policy’s direction. They saw the organizational changes as a disruptive, expensive distraction from the task of keeping the NHS afloat in hard times. On the other side were the NHS fundamentalists, who included much of the medical profession. These fundamentalists saw the legislation as an existential threat to the NHS in that it represented one more step in a process, begun under the Labour government, that was leading, as they saw it, to the privatization and fragmentation of the service.

The NHS has, however, survived the ordeal of change. The Health Foundation’s 2015 review of the evidence regarding the service’s performance under the coalition concluded: “The NHS has done extraordinarily well to maintain and improve quality across a range of areas in the face of growing pressure from increased demand and financial constraints.”3 Nonetheless, there are signs of deterioration at the edges, for example, in waiting times and patient satisfaction with access to GPs. With 300 indicators available to measure the NHS’s performance, it would be astonishing if some were not pointing in the wrong direction. Overall, though, it is a reassuring picture. How much better the NHS’s performance would have been without the Lansley dislocation is, of course, another open question.

Nor is there any evidence that the NHS has been “privatized,” a term of abuse rather than of art. There has indeed been a sharp increase in spending, from £6 billion to £10 billion, to outsource services (clinical, back office, and technical support) to for-profit, nonprofit, and local authorities. Given that this represents less than 10% of the NHS England’s £113.3 billion budget, this hardly suggests that the cohesion of the service has been shattered. One cause for concern, however, is the cost of the contracting process, even though overall NHS spending on management has fallen. Another is doubt about the NHS’s capacity to be an effective purchaser when dealing with bidders who often may have more expertise than the buyers (the familiar principal-agent problem, in economists’ language).

Money is the central challenge facing the NHS. The coalition government protected the NHS from its program of cuts in public expenditure. Spending crept up by an average of 0.9% a year in real terms. This was far below the historical average of 3.9% and, when taking into account population growth, represented a cut in per capita spending. Nonetheless, fiscal year 2014/2015 ended with both providers and commissioners reporting overspending, a warning of even tougher times to come.

As summed up by NHS England’s Five Year Forward View,4 by 2020 the service will face a £30 billion funding gap as the result of demographic and technological pressures. The document outlines a mix of strategies designed to fill this gap: NHS productivity must increase. Public health interventions are needed to reduce demand. Above all, transformational changes are needed in the way that services are delivered, breaking down barriers between primary and hospital care and between health and social care. For example, GP practices could take over some specialist services, and some hospitals could move into primary care (perhaps by taking over GP practices). To fund the proposed process of change, NHS England argued for an extra £8 billion by 2020.

The Conservative government is committed by its election manifesto to find this £8 billion. But the notion that change on the scale required to bridge the rest of the gap can be delivered on time stretches credulity. Moreover, the NHS will face additional demands and pressures. The respective Royal Colleges have forecast critical shortages of GPs and nurses, and ministers can rarely resist adding new, unfunded policy pledges. Most important, the continued willingness of NHS staff to accept pay restraints and to act as the shock absorbers of change cannot be taken for granted, yet this will become all-important if services are to be “transformed.” Expect the headlines to explode with news about the NHS’s shortcomings when medical and other staff advertise their discontent.

The NHS will thus continue to exert pressure on the Conservative government with a program of hair-shirt austerity. How will the government respond? In trying to answer this question, the most important political fact is that the NHS is the country’s most cherished institution: in a recent survey, 89% of respondents supported the principle of a tax-funded, free at the point of use, and comprehensive service.5 Given this support, the government is unlikely to risk another Lansley-style dose of radical “reform,” such as using different funding methods or restricting services. More likely are a reluctant dribble of extra funds and marginal policy adjustments, sufficient to avoid an NHS meltdown but not to silence critics. The best guarantee of the NHS’s survival in hard times is that in 2020 there will be another general election that the Conservatives will want to win.

Rudolf Klein, CBE, is a guest op-ed contributor for this issue of The Milbank Quarterly. After graduating from Oxford University, Klein spent the first half of his career as a journalist with the London Evening Standard and The Observer. From 1978 to 1998 he was professor of social policy at Bath University, now emeritus. He is a senior fellow of the British Academy, a fellow of the Academy of Medical Sciences, and a foreign associate of the Institute of Medicine. Apart from The New Politics of the NHS (Radcliffe Medical Press Ltd, 2013), he has written books about accountability, consumer representation, and performance monitoring, as well as many articles about various aspects of public policy. In 2012, he published jointly with Ted Marmor Politics, Health & Health Care: Selected Essays (Yale University Press).