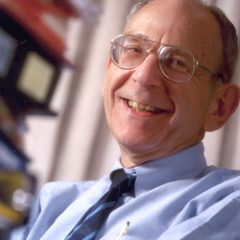 The hue and cry of “repeal and replace” the Affordable Care Act (ACA) has the potential to put many Americans at risk but none so much as the mentally ill, whose care has long been the stepchild of our health care system.

People with serious mental health and substance abuse disorders remain among the most neglected and stigmatized in our health and social services systems. Many with profound disabilities are impoverished, are unable to work, are commonly inadequately housed and at risk of homelessness, are victimized, and have difficulty accessing appropriate and even minimally responsive care consistent with their needs. Arrest and imprisonment are common, exacerbating the stigma and neglect of these maladies.

Fortunately, the ACA and expansions and implementation of the Mental Health Parity and Addiction Equity Act of 2008 provided a significant turning point in addressing these challenges vital to the nation’s health.1 With the legal requirement of mental health and substance abuse services as essential to acceptable coverage, these laws have made possible large extensions of insurance coverage to many millions of persons lacking insurance.

With the ACA, people with preexisting conditions, often those with behavioral disorders, can now acquire insurance on the same basis as others. Extensions of Medicaid in those states that participated, along with provisions of the ACA, have provided much-needed opportunities to develop closer relationships between behavioral health and medical services, encouraging collaborative care through mechanisms such as medical and health homes and reducing the extraordinary gaps and fragmentation characterizing the care for many vulnerable people with behavioral disorders. The ACA also addresses workforce challenges and has initiated some, but not enough, new efforts to deal with the difficulty of connecting patients to appropriately prepared personnel. The ACA has been a start in addressing these challenging issues in a thoughtful and systematic way. Moreover, it provides a strong framework on which to build.2

For much of our history, there was little formal treatment beyond institutional care in asylums and large public hospitals. People not requiring hospital care were untreated or cared for by families and, when available and affordable, by psychiatric clinics, individual psychiatrists, or interested general practitioners, usually on a fee-for-service basis. Most public resources were for inpatient care aimed at those considered too deviant to adjust to family and community life. Hospitalization was often involuntary. Other than moral care (a form of psychosocial intervention), there were few effective interventions, and care was predominantly custodial.3

Sadly, the United States has never had a coherent behavioral health policy. The fate of persons with behavioral disorders has been shaped largely by medical and social policies formulated with other issues in mind. Financial incentives for federal reimbursement have encouraged deinstitutionalization and the transfer of inpatient care to short-term general hospitals and nursing facilities. Following the social welfare legislation of the 1960s and 1970s, fiscal and administrative responsibilities were increasingly shifted to the federal government, which supported the care of many more people, largely through the Medicaid program. Soon afterward, newly developed pharmaceutical agents, paid for by Medicaid and by the growth of private insurance, became the most prevalent treatments, and inpatient care was now primarily used for short-term crisis admissions. Tax and employment policies encouraged employers to provide health insurance to workers and their families. Large gaps in coverage remained, however, and behavioral health coverage was typically more limited than medical services and surgical procedures. Recent legislation has done much to correct this disparity, although protecting and enforcing parity remains a problem. Medicaid became the mental health safety net for the poor and those with the most serious and persistent disorders. Over time, the program developed and supported interventions that extended beyond typical medical and pharmaceutical treatment. Nevertheless, treatment and care, especially for the most severely ill, has remained fragmentary because of limited financing, suboptimal interventions, and the unavailability of adequately trained personnel.

Major efforts have been made in recent decades, especially through the ACA, to extend insurance coverage to this population, which has a high rate of uninsurance, to achieve parity with medical and surgical services, and to divert persons with severe disorders from the criminal justice system to a range of integrated services needed. Over time, the Medicaid program has become the most important sources of access and such services, particularly for the poorest and most disabled clients.4

No doubt, the challenge of remaking the behavioral health care system is formidable and one that will require years, if not decades. But the ACA’s provisions have brought many millions of disenfranchised citizens into the health care system and have already begun the essential process of developing the building blocks for more effective treatments and rehabilitation. Behavioral health has not been a particularly partisan issue. Over the years, politicians from both parties have led reform efforts, often energized by their family experiences with persons struggling with disabling disorders and with intractable service systems.

The ACA is a broad and extensive federal law affecting almost every aspect of our health care system and a large proportion of our population. Although the public debate focuses on what may appear as a discrete set of concerns, the ACA’s provisions are highly complex and interconnected, so that changes in one important provision can do considerable collateral damage to others. The risks are particularly large for behavioral health.

Provisions of the ACA such as prohibiting exclusion from coverage or cost differentials on the basis of preexisting conditions are of primary importance for behavioral health because many people with these disorders who are not eligible for insurance through employers or Medicaid could not pay the premium costs. It is difficult to see how subsidies for insurance, even if continued and increased, could meet the needs of these high-risk clients without the prohibition of cost differentials based on preexisting conditions. While there is great public and political support for prohibiting exclusion or pricing on the basis of preexisting conditions, which depend on having a large and heterogeneous insurance pool, there has been no convincing proposal to compensate for the proposed elimination of the individual mandate. Some seemingly reasonable suggestions, such as maintaining the exclusion as long as insurance is maintained continuously or adopting the Medicare provision that penalizes persons for each year that they fail to enroll by the required enrollment period, puts a large burden on those with severe disorders, the poor, and people living disrupted lives who are more likely than others to experience discontinuities in coverage and fall through the cracks.

Most central to most Americans with severe mental health disorders is the fate of the Medicaid program.5 Withdrawal of financing for expansion would place states under great financial stress, and those states that have been especially aggressive in expanding their programs would be particularly penalized. Converting Medicaid to block grants with the intention of reducing federal expenditures as some proposals advocate would exacerbate the trade-offs that states now must make among services and populations.

Past experience suggests that when state fiscal problems increase, expenditures for behavioral services are disproportionately reduced, and critical services are more likely to be withheld. The importance of behavioral care has been increasingly recognized, but behavioral health advocacy and support remain relatively weak in the competition among “disease lobbies” in the face of a shrinking pie. The coming months will require vigilance and persistent advocacy.

David Mechanic, PhD, is the René Dubos University Professor of Behavioral Sciences, Emeritus and founding director (1985-2013) of the Institute for Health, Health Care Policy, and Aging Research at Rutgers University. Mechanic received his PhD from Stanford and joined the University of Wisconsin faculty in 1960, where he was chair of the Department of Sociology (1968-1970), the John Bascom Professor of Sociology (1973-1979) and director of the Center for Medical Sociology and Health Services Research (1972-1979). He moved to Rutgers University in 1979, was dean of the Faculty of Arts and Sciences (1980-1984), directed the NIMH Center at Rutgers for Research on the Organization and Financing of Care for the Severely Mentally Ill (1988-2004) and established the Rutgers Institute for Health, Health Care Policy, and Aging Research (1985) which he directed until 2013. Mechanic is a member of the National Academy of Sciences, the American Academy of Arts and Sciences, and the National Academy of Medicine (NAM). He has served on numerous panels of The National Academy of Sciences, federal agencies and non-profit organizations. He has written or edited more than 25 books and approximately 400 research articles, chapters and other publications in medical sociology, health policy, health services research, and the social and behavioral sciences.