An Overdose of Out-of-Pocket Expenses 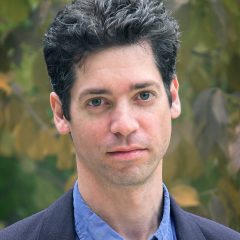 It’s one of the most important studies in the history of research about health care. It’s also one of the most frequently misunderstood, and most commonly misapplied, studies.

I’m talking about the RAND Health Insurance Experiment,1 the large-scale, randomized research project that started in 1971 and ended in 1982. At the time, policymakers, business leaders, and scholars wanted to know what they could do to restrain health care spending, which was quickly accelerating. Economic intuition suggested that higher cost sharing—making people pay more of their expenses out of their own pockets via copayments, deductibles, and such—would encourage people to spend less. They’d think twice about getting services and, perhaps, shop around for better prices. But was the intuition right? What would it mean for people’s health?

Economist Joseph Newhouse and a team of researchers decided to find out. Through RAND, they provided health insurance to 2,750 families, all of whose members were under age 61. The researchers randomly assigned these families to groups with varying levels of health benefits. Some had the most comprehensive coverage imaginable; their policies covered absolutely everything. Others had plans with 50% “coinsurance.” Those people had to pay nearly all their bills out of their own pockets until they reached an annual limit, at which point their insurance kicked in. Still others had more moderate levels of cost sharing. Each of the families stayed in the experiment for 3 to 5 years, during which time the researchers observed their medical status.

The results were striking. On the one hand, families with higher cost sharing really did receive fewer services, but overall, they didn’t seem to end up less healthy. One group, though, did fare worse. Poorer and sicker people with higher cost sharing ended up with more hypertension, worse vision, and more severe symptoms of disease, in all likelihood because they had economized by skimping on treatments that would actually have improved their health. They were in greater pain and had a 10% greater chance of dying.

Although not perfect, the RAND experiment produced results that have held up well over time. It’s possible to extrapolate from its findings a model of what health insurance ought to look like—that it should restrain health care spending without reducing access to care that is truly necessary and beneficial. But insurance today doesn’t always conform to those guidelines. In too many cases, the people who design health benefits—for companies, for individuals, and for government—have taken to heart only some of RAND’s lessons while ignoring the rest.

The lesson from RAND that these people tend to heed is that higher cost sharing can slow down health care spending. The euphemism for this approach is giving individuals “more skin in the game.” It’s been a buzzword in the literature, at conferences, and in corporate c-suites for at least 15 years. It’s also been a mantra for political conservatives, who believe that higher cost sharing should be a feature of all health insurance, public as well as private. Efforts to transform Medicare and Medicaid along these lines haven’t succeeded, although efforts to change private health insurance have. Some of the best evidence comes from a 2009 Health Affairs article showing that the “actuarial value” of employer benefits declined between 2004 and 2007.2 Actuarial value refers to the percentage of medical expenses that an insurance policy covers. If it’s declining, it means people are paying a higher proportion of their expenses out of pocket—in other words, they’ve got more skin in the game than they did before.

Sure enough, medical inflation has slowed over the last decade. And while that’s likely a result of several factors, including the recession and the influence of the Affordable Care Act (ACA), most experts believe that higher cost sharing has played a big role. The result is lower health insurance premiums and, ultimately, higher paychecks—which, generally speaking, is good news. As numerous studies have shown, however, the sick and the poor are struggling with this shift. Just this year, an article in JAMA Pediatrics found that children with asthma were less likely to get treatment—and their families were more likely to experience financial distress—if their insurance had higher cost sharing.3 “This isn’t a good outcome,” Aaron Carroll, a pediatrician and health services researcher, wrote in the New York Times Upshot. “We’re talking about children with a completely manageable chronic condition who are being hampered by cost-sharing.”

Higher cost sharing and protection for the sick and poor needn’t be mutually exclusive. In 2007, the economist Jason Furman sketched out a plan for what he called “progressive cost sharing.”4 Individuals and families would have 50% coinsurance—they’d have to pay half of all their bills out of pocket—until those expenses reached a limit, set at a percentage of household income. Insurance would cover everything beyond that. As for the truly poor, they would have no cost sharing whatsoever. Their medical care would be free.

Furman went on to serve as an adviser in the Obama administration, and the ACA reflects this kind of thinking. Cost sharing in the “silver” plans available through the new marketplaces can be high, but people with lower incomes get extra assistance on out-of-pocket spending. Those with incomes of less than 133% of the poverty line, or about $32,000 for a family of 4, can enroll in Medicaid, at least in those states that have opted to expand their programs. Medicaid has no cost sharing whatsoever.

Even with these extra protections, some people with the most serious medical conditions will continue to struggle with bills. In a 2011 paper for the Commonwealth Fund, economists Jonathan Gruber and Ian Perry found that a small but still substantial number of people with high medical expenses won’t be able to afford their medical bills without other, serious financial sacrifices.5 That’s still a vast improvement over the recent past, when people frequently faced more staggering expenses, but it suggests that policymakers should be giving them more help. One strategy would be to reduce out-of-pocket spending for the sick, as we do for the poor, by waiving cost sharing for chronic conditions. (France’s health care system works this way.)

Such a blended approach could be part of a broader health reform strategy, one that also encouraged better coordination of care and management of disease, as well as stronger government regulation of prices.

The real lesson from the RAND experiment is that like most medications, cost sharing can work wonders, but only in the right dosage and as part of a broader treatment plan.