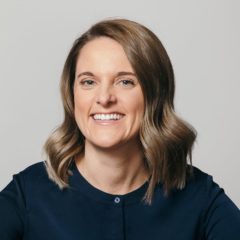 In recent years, a growing body of evidence has shown that where people live is important to a host of health and well-being outcomes. Over the past few months, this has become devastatingly clear as COVID-19 has moved through the country, claiming the lives of more than 150,000 Americans. While the virus is a national threat, the current risk of an individual becoming infected and dying from COVID-19 varies depending on where they live, a result that appears to be partly tied to state and local policies on preventive measures like face coverings and social distancing.

While the COVID-19 crisis illuminates recent state-level health disparities, it reflects broader and longer-term state trends in population health. Over the past 45 years in the United States, life expectancy, a critical indicator of overall population health, has not kept pace with similar countries and has become increasingly unequal across states. Since the 1980s, differences in life expectancy among states have expanded to the point where, in 2017, there was a seven-year difference between the highest (81.6 years in Hawaii) and lowest life expectancy (74.6 years in West Virginia) states—the largest gap ever recorded.

So what is driving these differences? New research published in The Milbank Quarterly by Jennifer Karas Montez of Syracuse University and colleagues examined how changes in state policy environments contributed to US life expectancy trends from 1970 to 2014, concluding that some state policies, including those on tobacco, labor (e.g., minimum wage), immigration (e.g., voter ID laws), civil rights, and the environment, appear to be key levers for influencing life expectancy. The researchers looked at 18 different policy domains and found that liberal policies (defined as policies that promote social libertarianism and economic interventionism) were associated with increasing life expectancy while conservative policies (defined as policies that promote traditional [incumbent] social values and oppose state intervention in markets) were associated with decreasing life expectancy.

The parallel stories in Oklahoma and Connecticut, and the life expectancy changes seen throughout the country, underscore that state-level policies may be a key driver in something as fundamental as how long a person can expect to live. For many state leaders, this research probably reaffirms what they already know, and ultimately what drives them to their line of work: state policy can make a big difference in people’s lives. Thus, state leaders may be wondering how this research can help them develop smarter policies and make their states better places to live.

One way that state leaders can advance policies that improve population health is to focus on potential intended and unintended health impacts when considering new legislation and programs. The research suggests that state policies can influence many upstream factors (e.g., economic well-being, health care access) that, in turn, influence health and longevity. As the study authors explain, the mechanisms linking any individual state policy to a long-term outcome like life expectancy are nuanced and complex, but policymakers should nevertheless seek to understand them. For example, civil rights laws may help protect individuals from the adverse mental and physical health effects of racism, sexism, and other forms of discrimination, thus improving health overall. And Montez and her colleagues point out that state preemption laws, a topic not often tied to health, can prohibit localities from enacting laws, such as smoke-free ordinances, nutrition labeling in restaurants, and paid sick days, all of which can influence a person’s health over time. Weighing the potential effect on health alongside other relevant social impacts could lead to a more comprehensive assessment of trade-offs during the policymaking process.

State policymakers who are committed to improving population health will no doubt be troubled by the recent decline in US life expectancy. Depending on where they live, they may be especially concerned about what has happened in their own state. However, they should also be optimistic about their ability to improve people’s lives through the policies they advance. Focusing on non-medical drivers of health, such as environmental or firearms protections, and how individual policies and programs might affect those drivers could result in a more informed policymaking process that considers trade-offs in a comprehensive way. If all states were to take this approach, over time, we might see more states adopt the policies that are most likely to promote population health improvement. This represents an important opportunity for our country to reverse the troubling trends in life expectancy, and the research suggests that states can lead the way.