Navigating government agencies when you need help can be a daunting task. It is even more difficult in times of crisis. Who do you call when you realize you’re not going to make rent or that you’ll run out of food before your next paycheck? What if you need support getting out of an abusive relationship? Or you can no longer care for an aging parent? Too often, we make it hard for people in difficult situations to find help. To streamline the process, the Federal Communications Commission in 2000 created 211, an easy-to-remember number reserved for helplines that offer information or referrals to health and social support programs. Today, people across the country can call, text, or use 211.org to find local resources.

In most places, 211 helplines are run by local or statewide United Ways or other organizations that have amassed a wealth of information on government agencies and nonprofits that can offer assistance. A nonprofit group, known as Indiana 211 Partnership, managed Indiana’s 211 services until last year, when state leaders integrated the 211 lines into the state’s Family and Social Services Administration (FSSA). The state now manages the telephone and text messaging system, as well as contracts and financing, data and analytics, human resources, training, and resource and referral management.

In addition to giving Hoosiers a single point of entry to a wide range of services and supports, moving 211 “in-house” has given state leaders a better understanding of the unmet needs of residents and enabled them to more closely coordinate between state agencies and community-based organizations. This transition has been overseen by Jennifer Sullivan, M.D., M.P.H., secretary of Indiana FSSA, which operates the Medicaid program as well as mental health and addiction programs, job assistance programs, and early childhood, aging, and disability services. “We wanted all of these incredible programs to work together toward something bigger, which is improving the health of the population so we can achieve the governor’s economic growth goals,” Sullivan says. “We believe FSSA can be an engine for health improvement,” Sullivan says.

Sullivan regularly sees people in moments of crisis while working as an emergency department physician one day a week. Once, she counseled the mother of a child who’d just recovered from a severe asthma attack to buy two separate inhalers, one for regular use to manage the condition and another for exacerbations. “She said to me, ‘Honey, you’re going to have to pick one,’” Sullivan says. Sullivan realized that if her agency had a better window into families’ stories — for example, whether buying groceries and paying rent was keeping them from buying medications that could keep kids out of the hospital — they could do a lot of good while reducing health care costs, too.

Deploying Helpline During the Pandemic

With Governor Eric J. Holcomb as its champion and the support of Indiana 211 Partnership and United Way leaders (who had run some of Indiana’s helplines), Indiana’s General Assembly approved the integration of Indiana 211 as part of the FSSA by July 2020. This effort built on past partnerships between the state, the 211 helpline, and organizations meeting community needs. For example, since 2018 the helpline has worked with the state and the software company Open Beds to coordinate referrals to inpatient or residential treatment for people with substance use disorder.

As the COVID-19 pandemic took hold in March 2020, FSSA leaders expedited the integration of 211 and moved quickly to put the new helpline to work. It hired 56 community navigators and support staff from the Indiana 211 Partnership as state employees. Equipped with new laptops and the ability to work from home, the community navigators helped people affected by the social and economic disruptions caused by the pandemic. The number of calls increased by 40 percent, averaging 20,000 calls per day compared with 14,200 calls per day prior to the pandemic. As calls increased, it became clear there was growing need for assistance with things like housing or utility costs.

Many callers were also asking for help getting food, according to Tara Morse, MA, Indiana’s 211 director. “We have plenty of food in Indiana, but we learned that it’s not always getting to the places it’s needed,” she says. In response, in late March 2020 the state launched Operation Food, an effort to coordinate responses across food banks and pantries and deploy members of the National Guard to work in food banks across the state. The 211 line became a real-time barometer of how the program was working. “We watched those calls on 211 asking for food go down as Operation Food was doing what it was supposed to do,” Sullivan says.

“I can’t imagine what we would have done during the pandemic had 211 not been in place to inform my teams of what they needed to be doing in real time.” 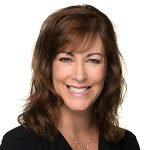 Indiana also used its 211 line to connect Hoosiers to information or services that could support them during quarantine and isolation. When the vaccine became available, Morse quickly trained 1,100 people, including 300 of the state’s librarians, to schedule vaccine appointments for any Indiana resident, making the process accessible to those who don’t have internet access or are flummoxed by online registration systems. Indiana 211 staff also made more than 100,000 outbound calls in support of the vaccination effort. This included: gathering registration information from individuals who had appointments, thus reducing the time they spent at the vaccination site; following up with people who received a first vaccine dose and did not have an appointment scheduled for the second; and alerting people when a vaccination site had to close due to inclement weather or appointments otherwise had to be rescheduled. 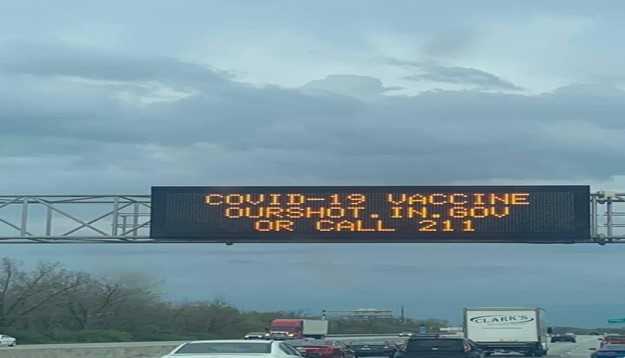 Understanding Needs and Monitoring the Effectiveness of the Response

Indiana 211 is now staffed by 48 community navigators, who are adept at listening with compassion to callers’ stories and coming up with creative solutions that callers might not have considered. “We don’t offer auto payment assistance, for instance, but can guide people to programs that can help with rent and utilities, freeing up money to pay for the car that gets them to work,” says Morse.

As part of their training, the 211 community navigators are offered evidence on how upstream factors like housing, education, trauma, and social isolation can affect health and what resources are available to help. One initiative that navigators can offer to callers is BeWellIndiana.org, launched by Indiana’s Division of Mental Health and Addiction last year in response to the growing number of residents experiencing stress, anxiety, or other concerns during the pandemic. The site offers resources to help people assess their symptoms and tools like meditation and exercise to manage them; it also encourages people to call 211 to find counselors and other supports.

The FSSA utilizes data collected from 211 callers to analyze state residents’ needs and identify where gaps in resources may exist. Morse says this will help the state target its programs and more effectively partner with community organizations. The data will supplement the Hoosier Health and Well-Being Atlas, which provides a county-by-county look at residents’ social conditions, drawn from anonymous surveys of individuals applying to health insurance, financial assistance, or nutritional assistance programs.

“We want 211 to becomes that trusted source of information, to let people know even though we’re a state entity, we are connected within your community.” 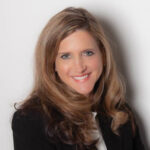 Lessons for Other States

Matching Programs with Needs. Indiana’s integration of 211 services into state government is expected to be cost neutral in the short run and potentially cost saving in the long run, Sullivan says. The efficiencies gained by unifying contracts for individual programs under a single 211 umbrella and the data collected will better allow FSSA to match the supply of services to demand. “So often we start with programs because it’s easy. Instead, we are building a data engine to understand what people need and how well programs work,” she says. The state also expects to achieve additional savings by reducing the churn in assistance programs — like Medicaid and the Supplemental Nutrition Assistance Program — that occurs when people miss deadlines for filing paperwork and have to reenroll. “That ends up being really expensive for us and for the member in the long run,” Sullivan says.

Making it easy to find help. Having a centralized, statewide system has certainly paid off during the pandemic, enabling leaders to quickly train agents to register people for COVID-19 vaccinations and clarify whether emergency supports were meeting needs. Sullivan’s vision for the future is to strengthen the links between Indiana 211 and other state agencies, including the public health department, as well as with the state’s health care providers. FSSA is already working with the housing authority to help residents apply for the federal emergency rental assistance program.

Not waiting for people to reach out. Sullivan also envisions a day when Indiana 211 navigators will reach out to at-risk populations proactively, such as elderly residents who may need supports to live independently. “Instead of waiting for people to come to us with a need, we can actually anticipate those needs in advance and build healthy people in healthy communities,” Sullivan says. 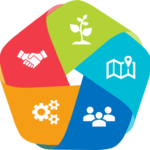