Kody Kinsley: Paying it Forward in the Public Sector 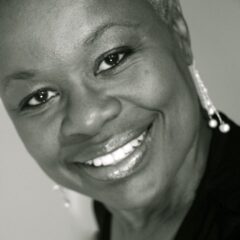 At some point during his boyhood, it became clear to Milbank Memorial Fund Fellow Kody Kinsley that his parents’ agonizing over money was often centered on whether their two sons’ routine injuries and ailments really required a doctor’s care. 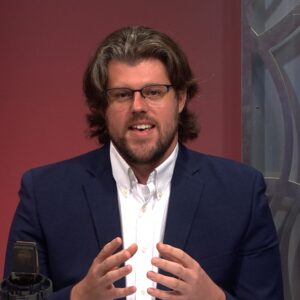 His working-class parents would ask those kinds of questions regarding their offsprings’ rough-and-tumble mishaps. Around sixth-grade, Kody — now, 36, and Secretary of North Carolina’s Department of Health and Human Services — fell out of a tree in a childhood friend’s yard. Ten stitches at an emergency care clinic in his native Wilmington, N.C., sealed that gash on his leg.

“I was lucky,” recalls Kinsley, that the injury wasn’t more severe and that the homeowner’s insurance picked up the entire tab. Kinsley’s folks certainly couldn’t afford it. His mom cleaned houses for a living. His construction worker father was susceptible to the on-and-off, seasonal nature of that occupation.

“The pediatrician who saw my family,” Kinsley adds, reflecting still, “charged a fee on a sliding scale. We got drugs to treat common childhood infections out of the doctor’s supply closet” of samples donated by, among others, pharmaceutical sales reps. Intermittently, the Kinsley household of four received food stamps and cash through government-funded social safety net programs.

“In retrospect, I realize those things gave me the opportunity to do well and to get ahead in my life,” says Kinsley, who was assistant secretary of management in the Obama Administration’s Treasury Department. He stayed for part of the Trump Administration, heading home in 2018 to become deputy secretary of the 18,000-employee state health agency at which, in January 2022, he assumed the top job.

Hailing from a family kept afloat partly by taxpayer-funded aid initiatives — and by neighbor-to-neighbor acts of kindness — made Kinsley’s choice of a public sector career something of a no-brainer.

“To me, this kind of service, very much, is about paying it forward,” says Kinsley, who earned a bachelor’s in health sciences from North Carolina’s Brevard College, a master’s in public policy from the University of California at Berkeley and a Harvard University certificate in quantitative research.

With its $26 billion annual budget, Kinsley’s North Carolina department, these days, is squarely focused on forging a path out of the COVID-19 pandemic, which laid bare many of the same have vs. have-not dilemmas that marked his childhood.

Of course, the pandemic exacted a huge price in terms of lives lost; health care systems crippled; health care and other frontline workers left utterly exhausted; and everyday individuals suffering unprecedented levels of mental distress. Yet, there is a silver lining in those clouds.

Kody’s entire professional background and expertise came into play during the pandemic. Before helming North Carolina’s top health agency, he’d spent the first three years of his professional life at a for-profit behavioral health firm in North Carolina. While still in college, he’d troubleshot glitchy computers at that firm, which hired him, straight out of Brevard, as its operations director, setting up its medical billing system. “In that organization, they would serve the monied and the non-monied side by side,” Kinsley says.

As a member of that organization, he gleaned insight into how acutely public policy shapes mental and behavioral health services. Despite the Mental Health Parity and Addiction Equity Acts of 1996 and 2008, care for patients and providers in those spheres still wasn’t on par — regarding health coverage, reimbursements, and access — as care for diabetes, cancer or other physical challenges. This behavioral health disparity, too, over time, settled into Kinsley’s reality as an advocate of comprehensive, quality, compassionate, culturally competent health care for all.

Kinsley touts his organization’s NC Cares 360 as one example of how that department is on the cutting-edge of bridging gaps across the whole gamut of medicine and social services. “Before the pandemic, we’d been leading the nation, frankly, with a unified data platform that connects providers and community-based organizations,” Kinsley says, referring to the 360 project. “If someone needs a mattress, you can put an order in for that. When the community-based organization grabs that order, it shows the provider that the need was fulfilled. It’s no more of this handing out pamphlets and following up relentlessly. It’s actually an eco-system of data-sharing. We’ve gotten providers to put [people’s social needs] into their electronic health records.”

“Coming up in North Carolina, my life was made better because of a patchwork of publicly funded services,” Kinsley says.

What’s more, Kinsley and his staff have been piloting that 360 model for inquiring health and human services organizations elsewhere across the country. As the nation has been veering toward some semblance of normalcy while the pandemic lingers, and amid forecasts of pandemics ahead, Kinsley has held forth on that and related subjects as part of a National Academy of Medicine panel, among other platforms.

The 360 model lies at the very heart of the broader discourse about how economic class, region, educational attainment, race and other factors can dictate health outcomes. “We’ve seen, now, firsthand the importance of the social determinants of health,” Kinsley says. “If you don’t have access to unemployment benefits or temporary housing or food security…If you get COVID, you can’t take time off of your job, you can’t take care of your family. We’ve seen firsthand the impact of all these things on our health and the spread of this virus. We’ve invested in growing that eco-system.”

Kinsley is drawn to solving complex problems that confront human beings and the communities and societies they inhabit. His own backstory propels his policymaking, innovating and advocacy, especially on behalf of children and families. He does not forget his beginnings nor the legions who, today, are living a story akin to that of his boyhood.

“Coming up in North Carolina, my life was made better because of a patchwork of publicly funded services,” says Kinsley, whose state is one of 12 still opting against accepting federal funds to expand Medicaid eligibility provided by the Affordable Care Act. He’s listening, though, as the state’s legislators seem to be talking more and more about the possibility of changing that.

“We’ve made some big steps forward in some spaces,” Kinsley says. “But we know there is lot more distance to go.”