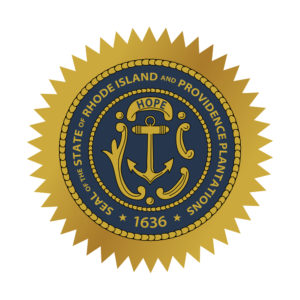 Rhode Island has a history of taking the lead when it comes to health care spending. Beginning in 2010, the state instituted health care “affordability” standards for health insurers. These standards created strong incentives for reduced rates of growth in health care spending for commercial insurance—first by directing increased investment in the state’s primary care health system and then by capping spending growth for hospitals and encouraging the adoption of new provider payment models.

Results from Rhode Island’s long-term policy initiative were published earlier this month in Health Affairs. The article showed the state’s overall reductions in per capita health spending (compared to a control group). These lower costs have been sustained since the standards were adopted. Milbank Memorial Fund President Christopher Koller was the state health insurance commissioner in Rhode Island at that time. In a recent blog post, he mentions his work there and how it relates to Rhode Island’s long-term policy initiative.

While these policies achieved their desired effect, they only applied to commercial health insurance. The state’s health care spending growth, while constrained, still exceeds the rate of state economic growth. To achieve greater alignment in these trend rates, Governor Raimondo has issued an executive order calling for a 3.2% health care spending growth target to apply across all health care payers and services. This target will be in effect from 2019 through 2022 and re-evaluated thereafter.

This directive follows on the recommendations from the Health Care Cost Trends Steering Committee that resulted not only in the governor’s order but also a voluntary compact agreement between the state and Rhode Island’s key health care organizations to come together to achieve this limit on increased health care spending.

“Rhode Island has demonstrated that hospital price controls work but their effect is limited to that sector,” said Rachel Block, program officer with the Fund. “The state’s new policies will look across the entire health care system and stimulate coordinated activities between the public and private sectors to ensure that overall spending increases are controlled.”

The new initiative was also informed by studying the impact of similar policies adopted in Massachusetts and Delaware, both of which have established statewide targets for growth in health care spending. “Rhode Island’s public-private compact adds an innovative dimension by focusing on results obtained through consensus and collaboration,” said Block.

With these new developments, Rhode Island is the latest state to take steps to address overall health care spending. Total Costs of Care is a priority area of the Fund. We continue to monitor state policy efforts that address total costs of care. Rhode Island joins other states, such as Delaware, Massachusetts, Vermont, and California, each one tackling the problem in a different way.