H. Jack Geiger and the Power of Health Care to Transform Lives and Communities 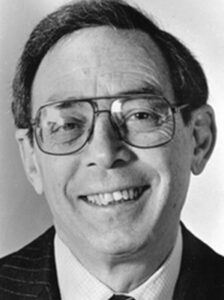 The death of H. Jack Geiger, MD, on December 28 of last year at the age of 95 should not go unnoticed.

Journalist, physician, and relentless advocate for civil rights and social justice, Dr. Geiger pioneered the development of the nation’s community health centers, which now serve 1 in 13 people in the country. He helped start two organizations that won Nobel Peace Prizes and inspired two generations of clinical leaders focused on the capacity of health care to transform lives and communities.

Dr. Geiger’s work sprang from three central tenets that those of us involved in any aspect of health care would be wise to keep in mind at this fragile point in our country’s history.

The transformative power of being with people who are different

Dr. Geiger’s childhood in New York City was marked by a stream of Jewish family members fleeing Nazi Germany, who brought with them a different culture and stories of persecution.

Too young for college when he graduated from high school at 14, Dr. Geiger worked as a copy boy for The New York Times and started exploring the city, discovering jazz music and its culture. Showing up in 1940 with his suitcase at the Harlem doorstep of actor Canada Lee after seeing him on Broadway, 15-year-old Geiger was drawn into the world of the Harlem Renaissance, absorbing the anger, alienation, and community of black authors, musicians, and artists like Langston Hughes, Paul Robeson, and Adam Clayton Powell.

The effect was lifelong. Deeply moved by this exposure to a long history of injustice, including the treatment of black soldiers prior to World War II, Dr. Geiger spent his early college years at the University of Wisconsin organizing the school’s chapter of the Congress on Racial Equality. He served in World War II in the Merchant Marines because it was the only fully integrated branch of military service. After the war, in premedical studies at the University of Chicago, he organized a 1,000 person strike against the treatment of black patients and candidates for medical school — an effort that got him black-balled by the American Medical Association from admission to medical school for five years.

No matter — the deal was sealed. Dr. Geiger’s regular and repeated willingness to be with and listen to people very different than this Jewish kid from New York had convinced him of the common dignity of all and the fundamental injustice that occurred when that dignity was denied.

Trained as a physician in a typical medical sciences curriculum, Dr. Geiger then spent his fourth year at Case Western Reserve University’s Medical School helping to set up clinics among Zulu people in what is now South Africa. There he discovered that the organization and provision of medical care could be a way not just to treat illness but to build health. By focusing on the social factors that cause poor health and integrating patients and community members into the delivery and oversight of health care services, the delivery of health care could help restore human dignity and build community.

Focusing on the concept of the social determinants of health long before it became fashionable among consultants and health systems, the practice of what became known as community-oriented primary care was a response to the environmental factors and health inequities resulting from inequities of power. As Dr. Geiger put it in his characteristically blunt terms, “There is just no point in treating rat bites — and ignoring the rats. . . . To equip a concentration camp with a medical center is not only futile — it is an expression of the deepest moral cynicism.”

After working in the civil rights movement in the 1960s, Dr. Geiger took advantage of the Johnson’s administration’s Office of Economic Opportunity to obtain federal grants to start the first two community health centers in the country. In these demonstration projects in poor urban (Boston) and rural (Mound Bayou, Miss.) settings, he deployed lessons from South Africa. Besides increasing access to high-quality medical care, he and his colleagues developed programs in housing, jobs, and food, and gave patients oversight authority over the center operations. The Mound Bayou and Columbia Point, Mass., health centers were the progenitors of the more than 1,400 federally qualified health centers now serving over 28 million mostly low-income people.

Dr. Geiger’s fundamental strategy was simple and remarkably aspirational. Health care is not a commodity service to be advertised on billboards and during football games. Nor is it an investment opportunity alongside other uses of capital. Given that all of us have experienced both illness and health, access to decent health care is a matter of social solidarity and, he said, the delivery of “health services, which have sanction from the larger society and salience to the communities they serve, have the capacity to attack the root causes of ill health through community development and the social change it engenders.”

Dr. Geiger’s work did not stop with community health centers. Recognizing the particular moral authority of physicians in our society and their responsibility to call attention to the causes of ill health, he co-founded Physicians for Social Responsibility (PSR) in 1961 to address a catastrophe to the health of the planet – the possibility of a nuclear war. In the midst of heightening Cold War tensions, with science and statistics, PSR repeatedly laid bare the prevalent myth that a nuclear confrontation was survivable.

Twenty-five years later, Dr. Geiger returned to his international health roots and helped found Physicians for Human Rights (PHR), calling public attention to human rights abuses by various governments and their consequences for societal health. Both PSR (for nuclear disarmament) and PHR (for land mine removal) were honored with Nobel Peace Prizes.

Leadership in health care is inherently moral, in Dr. Geiger’s view, and brings with it a responsibility to act. “I’ve been angry,” he wrote, “seeing terribly burned children in Iraq after the first Gulf war, or interviewing torture victims in the West Bank, or listening to Newt Gingrich say ghetto kids should learn to be part-time janitors and clean toilets (in another country, they called that Bantu Education). So anger doesn’t vanish, but is replaced by a determination to do something.”

Dr. Geiger’s tenets are more relevant for our times than ever. In a period of social media–fueled polarization, made worse by the pandemic’s isolation, we need to build personal habits of making in-person contact with people who think differently than we do. That is the beauty and the promise of universal institutions like libraries, public schools, and, yes, even elections.

In a time of increasing economic inequalities and awareness of the persistence of racism, we who work in health care have unique opportunities to build more just and equitable structures of health care access, financing, and governance that address the social factors that cause poor and inequitable health outcomes.

Finally, in a time of massive societal health care spending for diminishing life expectancy, health care leaders have a responsibility to think beyond the needs of their own organizations, institutions, or professions and use their authority and influence to communicate about the systemic challenges we face and in Dr. Geiger’s words, “to do something.”