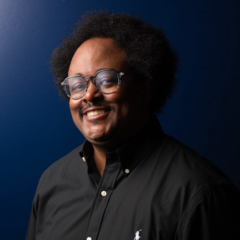 Health care access issues have long posed challenges for health officials in Mississippi, a rural state with the nation’s largest percentage of African Americans. For decades, Mississippi has consistently ranked at the bottom among states in many health outcome categories. Although the COVID pandemic exacerbated these challenges, by leveraging its Office of Preventive Health and Health Equity and several federal and state programs, Mississippi was able to achieve real wins, making it a top state for Black and white parity for COVID vaccination and for the percentage of the Black community that has received at least one vaccine dose.

The state health department’s actions included conducting a COVID vaccination confidence survey; leveraging a Health Resources and Services Administration portal, where providers could bill the agency for administering COVID tests, treatment and vaccines to uninsured patients; and establishing a COVID Centers of Excellence program that incentivized hospitals and clinics to provide vaccines and treatment to the general public and address vaccination disparities in their communities. In addition, the department took advantage of a federal COVID Community Vaccination Program to cover the costs for local vaccination events.

Setting up for Success

State public health officials say one decision made years before the pandemic helped shape vaccination outreach efforts in Mississippi, where African Americans make up 38% of the population. In the years preceding the COVID pandemic, officials with the Mississippi State Department of Health reconstituted its Health Equity Division by making it an Office of Preventive Health and Health Equity (OPHHE). The office has its own funding and a director who reports directly to the state health officer.The office’s mission is “reducing inequalities and disparities in health status based on race, ethnicity, and linguistic ability in order to improve the quality of health for all the state’s residents.”

Early in the pandemic, Mississippi elevated its health equity office to a COVID command post, one of the pillars of the state’s COVID response. As such, the office had its own stockpile of resources, including personal-protective equipment, tests and, later, vaccines. This decision was driven, in part, by the high mortality rates among African Americans seen at the start of the pandemic in spring 2020.

“When we first got our mortality statistics, almost 70% of the deaths were in the Black community,” says Thomas Dobbs, MD, MPH, the state’s health officer, recalling the widespread misinformation about the communicability of the disease. One falsehood was that African Americans were immune to the virus. “Once we realized that, we were really alarmed.” 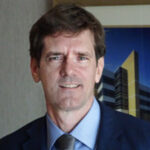 When the COVID vaccine became available to the public in late 2020, the Mississippi State Department of Health, the OPHHE, and the Mississippi Community Engagement Alliance Against COVID Disparities, also known as the CEAL Team, conducted a COVID vaccination confidence survey, with a concerted push to reach communities of color, lower-income and rural communities. There were more than 11,000 completed responses from all of Mississippi’s 82 counties.

The study found that 73.2% of all Mississippians intended to take the COVID vaccine. However, only 56.3% of Black Mississippians said they would be vaccinated, the lowest rate of all racial groups included in the survey. In the 18 counties that make up the Mississippi Delta, which has some of the highest levels of poverty in the U.S., 26.7% of African American residents said they were undecided about whether they would get vaccinated.

Victor Sutton, PhD, director of the Mississippi health department’s Office of Preventive Health and Health Equity, acknowledges the presence of vaccine hesitancy in the African American community. “Black folks have a reason to be suspicious. They have a good reason to be hesitant based on the well-documented history of medical racism and bias. That should be expected based on this country’s history … but we wanted to educate,” he said

Prior to leading the office, Dr. Sutton served as the agency’s preventive health director. Before joining the Mississippi health department, he held appointments at the New York Department of Labor, Mississippi Department of Human Services, and the nonprofit Community Organization for Health Awareness, where he created a mentoring network for children in the juvenile justice system.

According to the trust survey, the largest portion of vaccine-hesitant Mississippians (23.6%) said they would get the COVID vaccine if their primary care doctor encouraged them to do so. Vaccine-hesitant Mississippians also said they trusted their parents and other close relatives, followed by the U.S. Centers for Disease Control and Prevention (CDC) and the state health officer, respectively.

Within the first two months of the vaccine rollout, data showed that African Americans in Mississippi received fewer than 20% of doses despite representing 38% of Mississippi’s population.

Sutton notes that while many African Americans were hesitant for various reasons, “the biggest impediment was access. They couldn’t get to the drive-through [vaccination sites] or maybe they weren’t really available in areas where folks lived. We had to fix that pretty quick.”

Dr. Dobbs affirms that along with vaccine hesitancy, the biggest impediment to vaccinating African Americans was a lack of easy access to the vaccine. Dobbs says several federal and state initiatives were key to getting shots in arms:

In addition to these means of paying for and coordinating vaccine events, thoughtful outreach and engagement was crucial. With the findings of the confidence survey in hand and these initiatives underway, the Mississippi State Department of Health tapped into existing relationships with local and state elected officials, faith community leaders, worksites, barber shops and beauty salons, historically Black colleges and universities, and Head Start centers to conduct outreach about COVID vaccination.

Over time, the picture started to look different. Whereas African Americans represented more than 60% of deaths in Mississippi early in the pandemic, at the end of March 2022, they made up less than 20% of deaths. “African American folks who were part of the [outreach] effort, they’re proud of the work we did,” Dr. Dobbs says. 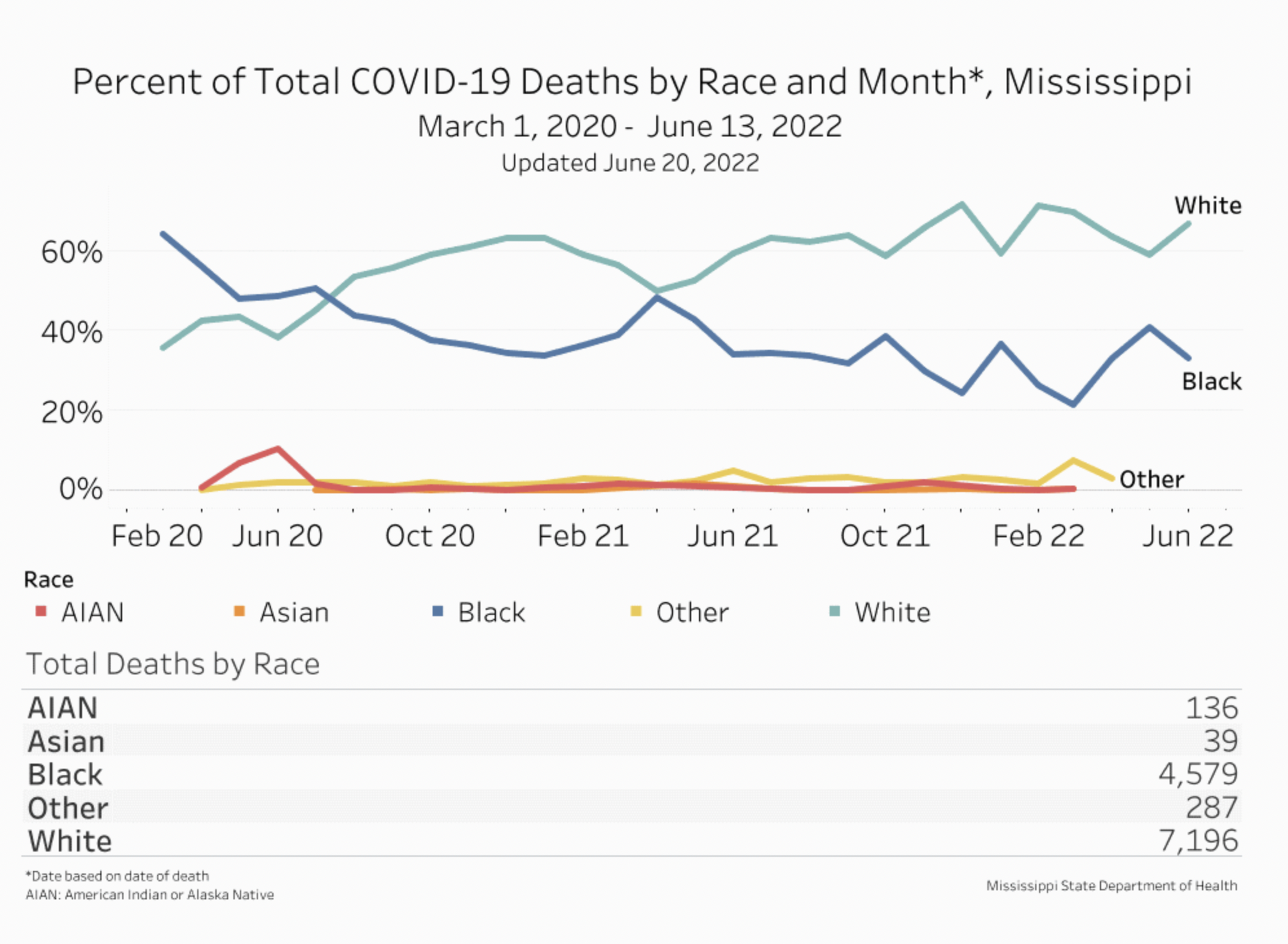 Mississippi’s efforts were impressive in their own right, but even more so when compared to experiences across the country. Dr. Dobbs notes that the improvements in COVID vaccination status seen in Mississippi’s African American community were not part of a national trend. For example:

Dr. Dobbs calls Mississippi a mixed success because of the high numbers of deaths that could have been prevented. Both he and Dr. Sutton agree that there are several lessons learned from their COVID vaccination outreach experience for Mississippi and other states.

Listen to the community. Even though the state worked with local partners and established task forces for vulnerable populations, Dr. Sutton is quick to note that deeper listening was required to achieve equity. For example, during one vaccination event, local partners pointed out that African Americans community members might be reluctant to participate because it was being held in a part of town where historically they have been unwelcome. An additional vaccination site was set up in another part of town in response.

Similarly, Dr. Sutton said it was important for public health workers to recognize that Latino residents of Mississippi, site of the largest immigration raid in US history, might be reluctant to participate in events staffed by personnel dressed in military clothing. “There [needs to be] some talking to the community, finding out those issues and understanding that maybe it is a simple fix—having folks from the community working those events,” Dr. Sutton says.

Know your starting point and build from there. Mississippi faced a bigger uphill climb than many states given its preexisting health care access issues and challenging health indicators. “Context matters. We need to have a more resilient population to start with,” Dr. Dobbs says. “We need a more health-centered policy environment. We could do so much more if we really focused on the social determinants of health, making sure every kid had a good school, everybody had access to health care. Those long-term approaches are going to make a difference.”

Elevate equity as a leadership priority. Dr. Dobbs calls the agency’s health equity office exceptional: “They just did a fantastic job, and I think saved a lot of lives” Dr. Sutton likewise applauds Dr. Dobbs, who is stepping down as state health officer at the end of July, for his leadership and for prioritizing equity. “To be frank, open and honest, you [often] have a lot of folks at the table making decisions who don’t look like the community that they’re making decisions for,” Dr. Sutton says. “Having voices [who represent the community] at the table when you make those decisions is imperative.”