A Health Care Crusader Offers Lessons for Other Legislators 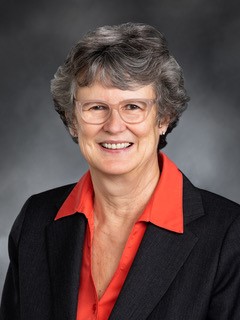 These are just a handful of the ways people in Washington State explain Rep. Eileen Cody’s spectacular success at health care reform. After more than 28 years in the state legislature — including 24 as chair of the House of Representatives’ health care and wellness committee — Cody, who retired this month, has racked up legislative accomplishments that Democratic lawmakers in other states only dream of.

She brought forth a public option plan that offers standardized health benefits with low deductibles and predictable cost sharing to people buying insurance on the state’s health insurance exchange. The program, known as Cascade Care, sidesteps the challenge of creating a state-administered health plan. Instead, it requires hospitals that participate in the Medicaid program to accept capped rates from participating private insurers, a move designed to generate savings for consumers.

Cody also helped launch the WA Cares Fund, a first-of-its-kind program that will enable Washington residents to buy long-term care benefits at more affordable prices. Beginning in 2026, people who have paid into the system will have a wide array of benefits aimed at helping them age in place, including personal care services, adaptive equipment, and dementia supports.

Throughout her tenure, Cody has leaned on her experience as a neuro-rehabilitation nurse to anticipate issues that later became hot-button national concerns, including the high costs of insulin, surprise medical bills, and nurse staffing ratios. For each of these challenges, Cody crafted legislation that often became a model for other states.

“Members of my caucus considered her an evil genius,” says former Washington State Rep. Bill Hinkle, a Republican from eastern Washington who served beside her on the House Health Care and Wellness Committee from 2005 to 2012. Even when Hinkle was on the losing side as he went toe-to-toe with Cody, often on public health issues, he came away with a profound respect for her. “She was one of the smartest and hardest-working legislators I ever worked with,” he says.

In January, Cody retired from the legislature. Her legislative prowess offers lessons for the next generation of legislators, who will be tasked with reining in health care spending while broadening access to high-value care.

Cody joined the state legislature in 1994. It was a crucible moment in Washington State politics that shaped her strategy for years to follow. The Democratic caucus had just shrunk significantly, which many attributed to an ambitious but ultimately unpopular set of health reforms passed the year before. The loss of 24 seats (from a high of 62) created a leadership void in the party, as Democrats who remained in office watched as Republicans dismantled pieces of the state health reform law, including mandates that employers cover half the cost of premiums for employees and offer a minimum package of medical benefits.

Watching this impressed upon Cody the importance of insulating new policy from changes in parties or administrations. When it came time to create a health insurance exchange as part of the Affordable Care Act, she agreed to managing it through a public–private partnership led by a bipartisan board. “We have some pretty conservative people on the exchange’s board who supported the idea and wanted it to succeed because it wasn’t a state agency,” Cody says.

Cody’s ability to cultivate relationships with Republicans was not purely transactional. She built friendships that lasted long after people left office.

Cody is also known for her work ethic and deep knowledge of health care. She grew up on a corn and soybean farm in Iowa and has an appreciation of the issues conservatives in rural communities in eastern Washington face. She also invests time needed to understand the complexities of health care. “Some legislators just get up and emote. That’s not Eileen,” says Vermont State Senator Jane Kitchel, a Democrat who met Cody through Milbank Memorial Fund’s Reforming States Group, which brought together legislators from across the country to trade ideas about health reform. “She really studies the issues — whether it’s access, cost, utilization, or the growth of pharmaceutical costs.”

That investment of time and hard work has earned Cody more than a dozen awards from medical associations, including the American Medical Association, which recognized her contributions to public service in 2013.

Cody’s background in nursing has also been pivotal. For most of her 40-year career, she worked for Group Health, a consumer-directed health plan launched by unions in Washington’s Puget Sound. Plan leaders encouraged members to debate and vote at annual meetings on policy questions, such as whether to pay for heart transplants and abortions. She also served as treasurer of the local SEIU union for a decade before joining the legislature, giving her a perspective of how health care spending affects wages and staffing, among other issues. Similar to how a nurse approaches patient care, Cody takes a “whole-system” approach to crafting legislation that’s both granular and achievable, says Sue Birch, the director of the Washington State Health Care Authority.

Cody says working as neuro-rehabilitation nurse with patients facing long, arduous journeys to recovery cultivated patience. “You know you are in it for the long haul [and don’t] expect miracles overnight,” she says.

Mich’l Needham, chief policy officer for Washington’s Health Care Authority, says she’s seen Cody build large reforms by pursuing smaller, “non-sexy” changes, like instituting a common measure set to assess quality in state-run health programs. Making other changes to coordinate physical health, behavioral health, and social services funded by the state — by moving funding for behavioral health services from county to state control and putting the Medicaid program under the auspices of the Health Care Authority — happened in stages. It can take five or 10 years to bring such things to fruition, Needham says. “That’s really hard for some people to wait for. They want instant results.”

Cody also stands out for her willingness to share and even give away credit for her successes. She says engaging with the National Conference of State Legislatures and Milbank’s Reforming States Group gave her access to good ideas and helped her anticipate future issues. “We stole each other’s ideas all the time,” Cody says.

She also acknowledges where her legislation falls short. She’s quick to admit that Cascade Care has had a bumpy start as some hospitals refused to join the program. It only took off in urban counties, and premiums have not been the lowest on the exchange. She’s hopeful a new mandate requiring hospitals to participate in the program if they accept Medicaid will help.

Along with this humility, Cody’s colleagues recognize and appreciate her willingness to be direct. Cody says her mentor Helen Sommers, former chair of the House Appropriations Committee, was the same way, and Cody believes this approach works to her advantage. “I think people fear that you will say what you actually think, and that creates some momentum and a willingness to bargain.”

Hinkle sees Cody’s directness as a virtue. Their arguments never lasted more than 10 minutes, he says, as both said what they really thought: “I don’t want to say she’s without guile because every once in a while she figured out how to bamboozle me, but I think she was very honest with me. I was never surprised by something she did.”

As Cody retires, few expect her to leave health care. She may join a cost control board she helped create to increase price transparency and set cost growth targets. Long a crusader against health care profiteering, she says she’s been frustrated that the business community has not been as invested in this issue. “The real problem we have in health care is that the businesses just accept the status quo,” she says. “There’s not anybody that’s really fighting back on insurers to say, where are the dollars going?”