What Would a Medicaid Block Grant Mean for Community Health Centers? 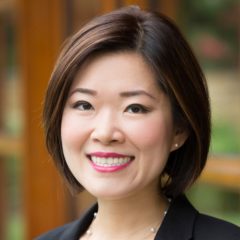 Jennifer Lee, MD, is the former director of the Virginia Department of Medical Assistance Services

Right now, experiments with block grants — long touted as a way to constrain rising costs in the Medicaid program — are gaining traction at the state level. Tennessee has an active block grant proposal they are preparing to submit to the Centers for Medicare and Medicaid Services (CMS) and Alaska, among other states, is considering them. By combining caps on federal spending with a loosening of the program’s requirements, proponents say that states could find more efficient ways to administer the rapidly growing public insurance program for the poor.

CMS is about to release federal guidance encouraging states to apply for block grant waivers, signaling their willingness to approve such proposals. This would certainly spur more interest in block grants just as the CMS guidance related to work requirements led many states, including my own, Virginia, to apply for a 1115 waiver to implement work requirements. But before rushing ahead, it would be prudent for states to ask: What might a Medicaid block grant mean for health providers and the delivery system itself?

Block Grants Would Weaken Safety-Net Infrastructure in Many States

New research from the Milken Institute School of Public Health at George Washington University published in The Milbank Quarterly should give pause to supporters of block grants. Anne Rossier Markus and colleagues have shown that Medicaid block grants or per capita caps, both legislative proposals debated by Congress in 2017, would be harmful to a key component of the safety net in our most medically underserved communities: community health centers. If block grants were enacted by Congress, health centers are projected to lose over $7 billion by 2024. And per capita caps, which limit federal spending per person enrolled rather than impose a flat cap for the state, would still lead to health center losses of close to $6 billion by 2024. These funding shortfalls would translate into decreased capacity or layoffs at health centers in both rural and urban areas.

If we are truly interested in containing costs, not to mention improving population health, the last thing we should do is weaken the infrastructure that so many low-income, high-need, medically complex patients rely on for primary care. Across the nation, community health centers (CHCs) provide comprehensive primary care to over 25 million low-income children and adults in over 10,400 rural and urban sites of care. In 2016, Medicaid was the single largest source of funding for health centers, accounting for 43% of the $23.8 billion in total health center revenues. In the block grant scenario modeled by the authors, the chart below illustrates just how much the cuts would hurt health centers—reducing projected revenue overall by anywhere from 38% to 92% in 2024. Health centers in expansion states where Medicaid accounts for 70% of total CHC revenues would be more severely impacted.

While Medicaid enrollees may be disproportionately affected by health center funding cuts, all those served by health centers will experience the negative impact of decreased providers, hours, and services. This is a problem for states because federally funded health centers are an effective, relatively cost-efficient way for states to support the provision of comprehensive primary care, behavioral health care, and often dental care, in our most needy communities where there are few to no other options for care.

Cuts to health centers would be felt most strongly by states that have expanded Medicaid. In Virginia, CHCs committed to absorbing 100,000 new patients under Medicaid expansion. With over 320,000 already newly enrolled in Medicaid and nearly 400,000 expected to enroll through expansion in Virginia, it was comforting for me as Medicaid director to know that health centers, as well as many free clinics, would continue to not only serve but would expand their vital primary care mission to the newly insured.

CHCs were seeing many of the newly insured even when they were uninsured. As an emergency physician in Virginia pre-expansion, my colleagues and I knew you could send uninsured patients to CHCs for follow up after an ER visit. Once we implemented expansion, CHCs (as well as some free clinics) could be reimbursed by Medicaid for the care they were already providing to many uninsured patients, and the previously uninsured didn’t have to change their pattern of care-seeking.

This continuity of care is a real positive for patients and their families. As Medicaid director, I visited a number of CHCs across Virginia both before and after expansion to see firsthand what care was like at these important access points for our members. What I saw were patient-centered medical homes with dedicated teams working hard to meet the most urgent needs of their communities. The CHCs I visited were helping their patients stay healthy with a strong focus on preventive care, health education, and chronic disease management for common conditions like diabetes. Many offered addiction treatment, specialized treatment for patients with HIV, and had onsite pharmacies. I was pleased to discover new investments in dental services, a major need for not only the uninsured but also adults with Medicaid in Virginia where it is still not a covered service. CHCs were also leading the way with the integration of behavioral health with primary care.

Where else can you go to see your primary care doctor, your dentist, and your mental health provider all in the same location? Not to mention the health centers were effectively addressing barriers to access through translation services, free transportation, and linkages to community resources for food, clothing, and other social services.

It’s important to note that in providing all these services, health centers do get special financial treatment under Medicaid. Health centers must be paid by Medicaid through a formula known as the prospective payment system (PPS) that ensures Medicaid payments cover the cost of all care provided for covered Medicaid services. When health centers become part of Medicaid managed care networks, as in Virginia, if total plan payments to a CHC are less than what the center would have been paid under the PPS, the state Medicaid agency must pay the difference through supplemental or wraparound payments. These payments added up to a total of $2.4 billion in 2016.

As more Medicaid programs seek to drive greater value by linking payment to results, the PPS formula for paying health centers can act as a barrier to full payment reform. No matter how they perform for their patients, CHCs will be paid the same according to the PPS, limiting the ability to use financial incentives or disincentives to reimburse CHCs based on outcomes and efficiency. CHCs have demonstrated that they can be effective in managing care for Medicaid patients, but like all providers, they will perform at their best when the financial incentives are aligned with desired outcomes.

In contrast to the unrestricted approaches modeled by Markus, when Oregon implemented a Medicaid waiver based on a federally negotiated per capita cost growth target, considerations were taken into account for historical CHC payments.

Medicaid programs do need more flexibility to modernize payment structures for providers, including health centers, but block grants are a shortsighted way to go about achieving that flexibility. By capping federal funds with no restrictions, block grants could limit the long-term capacity of critical providers like health centers to meet the needs of patients in underserved areas. The downstream effects of less preventive care, less chronic disease management, and decreased access to behavioral and oral health care for patients with significant health needs would ultimately be borne by all. At a time when the number of uninsured is rising again nationally, we should instead be focused on how to preserve and expand primary care access in medically underserved communities.