Sustaining Families Affected by Addiction: “Eventually We Arrive at Inequity”

Preliminary data from the Centers for Disease Control released last month indicates that opioid-related deaths nationally fell about 4% in 2018 from the previous year.

Cause for celebration? Not really.

The overall decline masks wide variations in death rates, with five states — Arizona, Montana, South Carolina, Delaware, and Vermont — registering increases of over 10%. More significantly, deaths are only the most visible outcome of opioid addiction.

Any effort to treat its effects must consider the current and future impact of opioid or other substance use disorders on the families of people with these addictions and the communities in which they live. At the request of the Milbank Memorial Fund’s Reforming States Group, our network of state health policy leaders, we recently convened government officials and subject matter experts from  Alaska, Connecticut, Indiana, and Kentucky to share evidence and experiences about how to sustain families impacted by addiction.

The diversity of the teams assembled spoke to the level of coordination required, with representation from agencies of public health, behavioral health, child welfare, and Medicaid, as well as the legislature, the judiciary, and service providers. By the second day of the convening, the participants had identified four themes necessary for this work.

Drawing on their recent report, The Ripple Effect: The Impact of the Opioid Epidemic on Children and Families, Carol Levine and Suzanne Brundage of the United Hospital Fund presented on the waves of loss and trauma experienced by the families and communities of people with opioid use disorders. They explained that opioid addiction not only affects the patient but also:

Advocates, providers, and agency staff who can explain these systematic, or ripple, effects of drug abuse and addiction to public officials, private sector leaders, and the public will help ensure resources and policies for affected individuals and families are prioritized.

Participants agreed that one of the first steps is implementing workforce policies that will help states meet the need for services. Building an effective family-focused addiction treatment workforce often means looking beyond the pool of traditional health professionals and social workers.

Kentucky attendees spoke with pride about their Sobriety Treatment and Recovery Teams (START) delivery system, which pairs child-protective-services case workers with “family mentors” — community-based workers with past personal experience with substance abuse — to work with affected families to help prevent kids from being separated from their families.

In addition to its employed workforce, Alaska state government makes extensive use of members of tribal governments as providers of services and case managers, giving them significant flexibility to act within Native intergenerational family and community values to help keep children in safe and stable settings.

Providing services to people with opioid use disorder and their families is demanding work. Raul Almazar of the National Association of State Mental Health Program Directors urged conference participants to prioritize “provider empathy” as they implement evidence-based programs. This process should include incorporating providers’ input as programs are developed and refined.

Public and institutional biases surfaced repeatedly as barriers to the needed allocation of resources and to access to treatment. Too often, opioid addiction is viewed as a failure of personal will, not a medical condition. Indiana officials reported that it took Hepatitis C and HIV outbreaks in 2015 in Scott County to draw public attention to the prevalence of opioid use in that area and meet the need for local needle exchange programs to reduce infection rates. Prior expert recommendations to address the situation in the county were ignored by public officials, who saw needle exchange programs as enabling personal failures.

Participants discussed the common misperception in their states that addiction is a problem of poor people, nonwhite people, and those with personal weaknesses. (Data show individuals with opioid use disorder are predominantly young, white, and male, and about one-half of those under 65 have low incomes.) Bias against people with opioid use disorder, including among health professionals, might contribute to the underutilization of medication-assisted treatment in some states.

When services are available, participants said that treatment-seeking is often discouraged by a sense of personal shame, rigid provider licensing requirements, and payer policies in such areas as enrollment, eligibility, and service authorization that presume high levels of patient fraud. Gripping media coverage of babies born to addicted mothers has the unintended effect of discouraging pregnant women from seeking treatment.

Efforts to address stigma consist of both the sharing of personal stories by public and private sectors leaders, and public policies. For example, the judiciary in Alaska focuses proceedings on treatment rather than punishment, underscoring that addiction is a chronic disease. Successful public arguments for Medicaid expansion that were based on increasing access to treatment services for opioid addiction have also diminished stigma.

Participants in the meeting also spoke to the challenge of maintaining attention and resources for families affected by opioids. Four years after the HIV outbreak in Scott County Indiana, needle exchange programs exist, but prioritization of additional treatment and prevention services has slipped. “As a society, we are much better at putting out fires than preventing them,” an official observed.

An emphasis on family preservation can help sustain support for these programs. Participants often returned to the importance of extended family, particularly kinship caregivers. How can Granny or Uncle be supported when they step in to help out a kid whose parent is in trouble? How can they be connected to resources without fear of inviting investigations?

Attendees — many of them veterans in the field — observed that support for programs to help families affected by addiction is often a function of the level of trust community members have in one another. If service seekers are assumed to be morally weak and fraudulent and service providers are assumed to be agents of a biased government, programs will be unsustainable and unsuccessful.

This lack of community trust is usually driven by the absence of a sense of fairness. “When you go to work in communities on issues of drug abuse,” Raul Almazar told the group, “eventually we arrive at inequity.” Many of the communities most affected by the opioid crisis lack political power or economic opportunity, as maps of opioid death rates and economic mobility reflect.  Indeed a lack of power or opportunity often creates the circumstances for addiction. 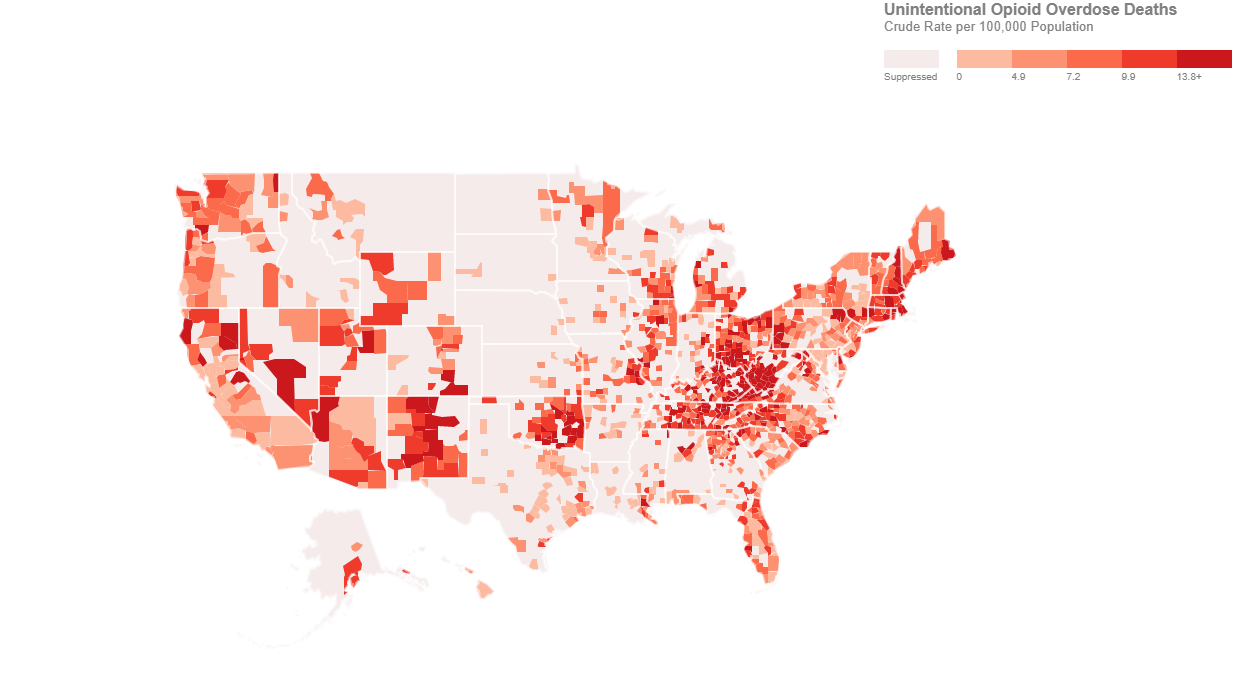 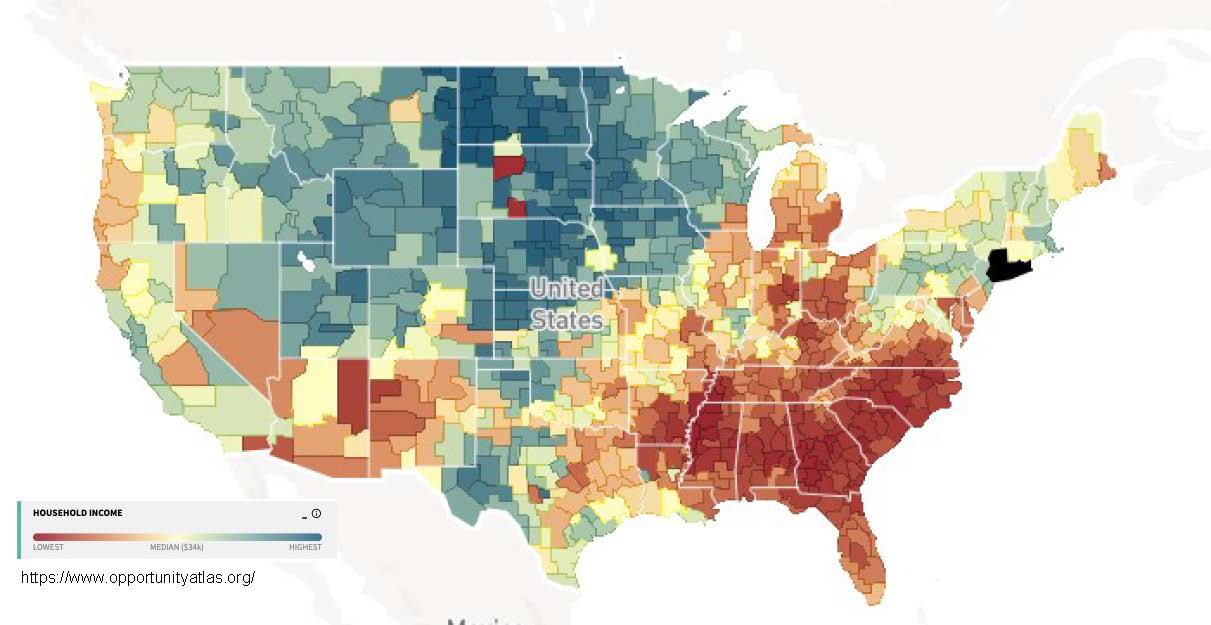 The importance of equity in power and opportunity is not unique to working with families impacted by opioids. It underlies all social determinants of health and thus we who work on population health — whether we are researchers, policymakers, or advocates — must continue to address inequity if we want to achieve a common goal of long and rewarding lives for all members of our communities. Addressing inequity, like working on the ripple effects of opioid and other drug abuse, requires vigilance, courage, and persistence.