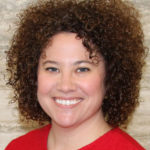 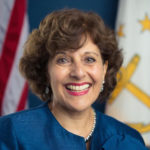 States use the Commonwealth Fund Scorecard on State Health System Performance to identify places where their health care policies are on track and areas that need improvement. Using the Scorecard, states can compare their improvement to others, and see how they stack up. In the most recent edition, released in June, Rhode Island improved on the most health system performance indicators tracked over time, followed by Missouri, Washington, West Virginia, and Arkansas.

These improvements did not happen by chance. What actions did policymakers take to drive progress and what work lies ahead?

Another early administration priority was making sure behavioral health care was as available and affordable as medical care. The opioid epidemic was hitting Rhode Island hard, making access to treatment for mental health and substance use disorder a top concern.

Coverage expansion. The decision to create a state-based marketplace, HealthSource Rhode Island (HSRI), was instrumental in helping the state make gains in coverage and affordability. The state has its own funding for marketing and navigators who help people understand and choose health plans. This has helped shield residents from federal outreach cuts. The state’s commitment also helped when the Trump administration decided to end marketplace cost-sharing-reduction subsidies. The state’s Office of the Health Insurance Commissioner (OHIC) worked with the state marketplace HSRI to protect consumers by building price increases to cover the loss of subsidies into silver-level health plans and keeping premiums lower in the other plans. HSRI plans offered among the lowest state-based marketplace premiums in the country. During last year’s open-enrollment period, HSRI saw a 5 percent increase in new and overall customers.

Access to behavioral health. In 2015, Governor Raimondo issued an executive order to establish the Overdose Prevention and Intervention Task Force, which has guided state reforms. The opioid crisis also has led to more open conversations about mental health and to improved relationships between first responders and communities. To facilitate these relationships, Rhode Island now requires police officers receive training to recognize behavioral health issues and help connect individuals with the care they need.

Rhode Island experienced a decline in overall overdose deaths, from 336 in 2016 to 314 in 2018. Community programs and pharmacies have worked hard to get naloxone, used to counter the effects of opioid overdose, into the hands of people who need it. Rhode Island was also the first state to offer medication-assisted opioid treatment in prison. Community health workers follow up on inmates after release to ensure treatment is continued. Fatal overdoses declined by 60 percent among people leaving detention from 2016 to 2017, and continued to drop in 2018.

OHIC also has prioritized integrating behavioral health into the primary care setting as a cost-effective way of increasing access to such services. Studies have shown that integrated care improves depression and anxiety outcomes, along with quality of life, while reducing the total cost of care.

Additionally, OHIC has been working on encouraging parity between medical and behavioral health in the insurance market by reviewing insurers’ coverage documents. It is focusing on limiting mental health benefit exclusions and ensuring the states’ major carriers are in compliance with the laws related to coverage for mental health and substance use disorder treatment. As a result, the four major insurers have agreed to discontinue prior authorization requirements for certain medication-assisted treatments.

In 2018 an HSRI/OHIC workgroup was formed to develop policy options to mitigate the potential impact of federal changes on health coverage costs, consumer choice, and access. The group recommended pursuing a Section 1332 waiver to establish a reinsurance program to reduce premium increases in the individual market; implementing a state-level requirement that individuals have health insurance to offset the impact of the federal health insurance mandate penalty repeal; and establishing OHIC’s regulatory authority over short-term limited duration plans. All three recommendations were signed into law on July 5.

In addition, recent state legislation has expanded OHIC’s authority related to establishing behavioral health parity, such as a law giving it authority over health plans and third-party organizations that conduct benefit reviews.

Marie Ganim, Ph.D., is the Health Insurance Commissioner for the State of Rhode Island and Michelle Alletto is a program officer at the Milbank Memorial Fund.

This blog post is copublished with the Commonwealth Fund.