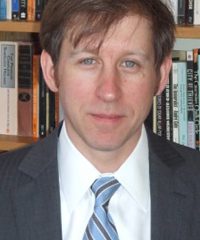 The federal Comprehensive Primary Care (CPC) initiative, led by the Centers for Medicare and Medicaid Services (CMS), represents the most ambitious nationwide effort to strengthen primary care by aligning government and commercial payers. This issue brief attempts to assess how participating payers, now seven years into the initiative, feel about the program and its progress by exploring the perspective of payers in three distinct regional markets in the Comprehensive Primary Care Plus (CPC+) program: Colorado, Oklahoma, and Greater Philadelphia.

Between 2008 and 2014, 17 multi-payer medical home initiatives were launched across the country. CMS took an important step in support of multi-payer alignment in 2012 with the debut of the CPC initiative, which brought together 39 private and public payers in seven regions of the country, including four states and three metropolitan areas. CMS substantially expanded its effort at multi-payer alignment in 2017 with the CPC+ program, whose goal was to reach 20 regions of the country and up to 5,000 medical practices.

Every region in which CPC+ operates has a distinct market of competing health plans, each with its own delivery system reform strategies, mix of primary care practice structures, culture of medical practices, and set of health care leaders. In two of the markets examined in this issue brief, the multi-payer effort extends back to 2012. In each market, the dynamics have played out differently and are described in this issue brief.

For this brief, Noam Levey interviewed payer representatives about their experiences implementing a primary care payment reform model and their interactions with one another and with the federal government. Despite the different market dynamics, several common findings about multi-payer work emerged:

The payers’ experiences in these three diverse markets participating in the federal CPC program testify to the difficulty of this work. Even though many payers are interested in ways to accelerate change, some CPC participants in these markets retain a substantial interest in and commitment to sticking with the ongoing alignment efforts. At the same time, they stressed the need for continued federal leadership in advancing cooperation in the country’s fragmented health care system.