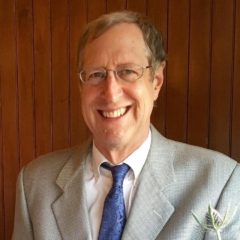 Robert E. Harvey is an investment manager and private trustee. He is a member of the Board of Advisors of the Mailman School of Public Health, Columbia University and former trustee of the Judson Memorial Church. He serves as treasurer and as a director of the Eleanor A. Campbell Charitable Fund. Mr. Harvey began his investment career in 1976 at Scudder, Stevens & Clark, where he was founder and managing director of the Growth & Income Group. In 1991 he joined Bessemer Trust Co. as co-director of equities. In 1994 he became president of Barrett Associates, Inc., investment advisors. Mr. Harvey served as a director from 1990-2014 of The Ashforth Company, a family-owned real estate and investment company founded in New York City in 1896. Mr. Harvey holds a BA from Bowdoin College, an MBA from the University of Virginia, the CFA designation, and an MPH from Columbia University. He is a great-great grandson of Elizabeth Milbank Anderson, endower of the Fund.