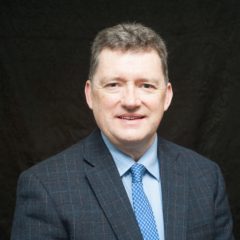 Professor of Public Health Medicine and the director of the Sir James Mackenzie Institute for Early Diagnosis, University of St Andrews

Peter D. Donnelly, MD, is a professor of Public Health Medicine and the director of the Sir James Mackenzie Institute for Early Diagnosis, University of St Andrews, Scotland, UK. Prior to that, he was the president and chief executive officer of Public Health Ontario from November 2014 to July 2020. From 2004 to 2008, he was the deputy chief medical officer to the Scottish Government, providing senior leadership and coordination at a national level. Dr. Donnelly received his medical degree from the University of Edinburgh Medical School and has earned multiple degrees and credentials, including masters in both business administration and public health. He is an active researcher and lecturer in many areas of public health, with a focus on health systems governance and violence reduction. He is involved with numerous national and international associations, including the international editorial board of Public Health and the World Health Organization Violence Prevention Alliance.