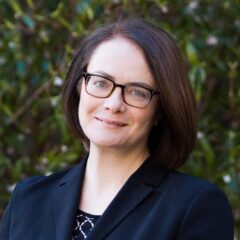 Mary Dixon-Woods is director of The Healthcare Improvement Studies (THIS) Institute and is The Health Foundation Professor of Healthcare Improvement Studies in the Department of Public Health and Primary Care at the University of Cambridge. She is a fellow of the Academy of Social Sciences and the Academy of Medical Sciences, an honorary fellow of the Royal College of Physicians and the Royal College of General Practitioners, and a Professorial Fellow at Homerton College, Cambridge. Dixon-Woods is also an NIHR Senior Investigator. She leads a program of research focused on health care improvement, health care ethics, and methodological innovation in studying health care. She served on the National Advisory Group on the Safety of Patients in England, which produced the Berwick report in 2013. She also served on the review of information technology in the NHS led by Professor Bob Wachter, which reported in 2016. Dixon-Woods was a Wellcome Trust Senior Investigator 2012-2019. She was the Harveian Orator for the Royal College of Physicians in 2018, the 500th anniversary of the College’s founding.