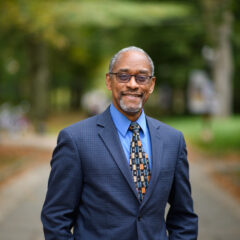 Keith Wailoo, PhD, is Henry Putnam University Professor of History and Public Affairs at Princeton University where he teaches in the Department of History and in the School of Public and International Affairs. He is former chair of History (2017-20), former vice dean in the School of Public and International Affairs (2013-15), and current president of the American Association for the History of Medicine (2020-2022). He is an award-winning author on drugs and drug policy; race, science, and health; genetics and society; and the history of medicine and health affairs. Wailoo graduated from Yale University with a bachelors degree in chemical engineering, and worked as a science writer for several years, before earning a PhD from the University of Pennsylvania in the history and sociology of science. In 2007, Wailoo was elected to the National Academy of Medicine. His books include: Pushing Cool: Big Tobacco, Racial Marketing, and the Untold Story of the Menthol Cigarette (University of Chicago Press, 2021); Pain: A Political History (Johns Hopkins University Press, 2014); How Cancer Crossed the Color Line (Oxford University Press, 2011); The Troubled Dream of Genetic Medicine (Johns Hopkins University Press, 2006) (with Stephen Pemberton); Dying in the City of the Blues: Sickle Cell Anemia and the Politics of Race and Health (University of North Carolina Press, 2001); and Drawing Blood: Technology and Disease Identity in Twentieth Century America (Johns Hopkins University Press, 1997).