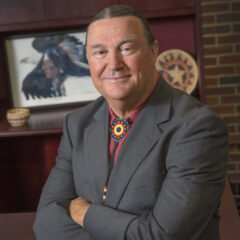 Dr. Lowe was the first Native American man to be inducted as a fellow in the American Academy of Nursing and currently serves as a member of the selection committee. He is an alumnus of the Minority Fellowship Program (MFP) at the American Nurses Association and has served as the chair of the National Advisory Council to the MFP. He developed and studies interventions for the prevention and reduction of substance use and other risk behaviors among Native American and Indigenous youth and young adults globally. These studies and other health programs are guided by models that Dr. Lowe developed which include the Cherokee Self-Reliance, Native Self-Reliance, and Native-Reliance theoretical framework and models. Dr. Lowe also developed the first manualized Talking Circle intervention to reduce substance use and other risk behaviors among Native American youth and young adults and Indigenous youth globally in countries such as Canada and Australia. He is currently the Principal Investigator of several National Institutes of Health funded research projects that study the effectiveness of these interventions. The Talking Circle intervention has been recognized by the U.S. Department of Justice’s Office of Justice Programs as a “Promising Evidence-Based Program” for the well-being of youth, recognized as the first manualized Talking Circle intervention, featured as one of the American Academy of Nursing’s “Edge Runners,” and most recently featured in the National Academy of Medicine report of The Future of Nursing 2020-2030: Charting a Path to Achieve Health Equity.

Dr. Lowe’s work also has been acknowledged through numerous awards such as the American Nurses Association Luther Christman Award, Florida Nurses Association Cultural Diversity Award, Great 100 Centennial Research Award, Nursing Educator of the Year Award, Nurse of the Year Award, Lifetime Achievement In Education & Research Award, and the Researcher of the Year at the Professor Rank Award. Dr. Lowe has presented nationally and internationally and has published several articles and books.