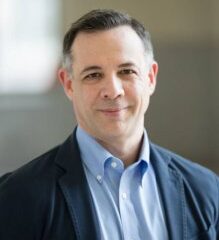 Dalton Conley is the Henry Putnam University Professor in Sociology at Princeton University and a faculty affiliate at the Office of Population Research and the Center for Health and Wellbeing. He is also a research associate at the National Bureau of Economic Research (NBER), and in a pro bono capacity he serves as dean of health sciences for the University of the People, a tuition-free, accredited, online college committed to expanding access to higher education. He earned an MPA in public policy (1992) and a PhD in sociology (1996) from Columbia University, and a PhD in Biology from New York University in 2014. He has been the recipient of Guggenheim, Robert Wood Johnson Foundation and Russell Sage Foundation fellowships as well as a CAREER Award and the Alan T. Waterman Award from the National Science Foundation. He is an elected fellow of the American Academy of Arts and Sciences and an elected member of the National Academy of Sciences.